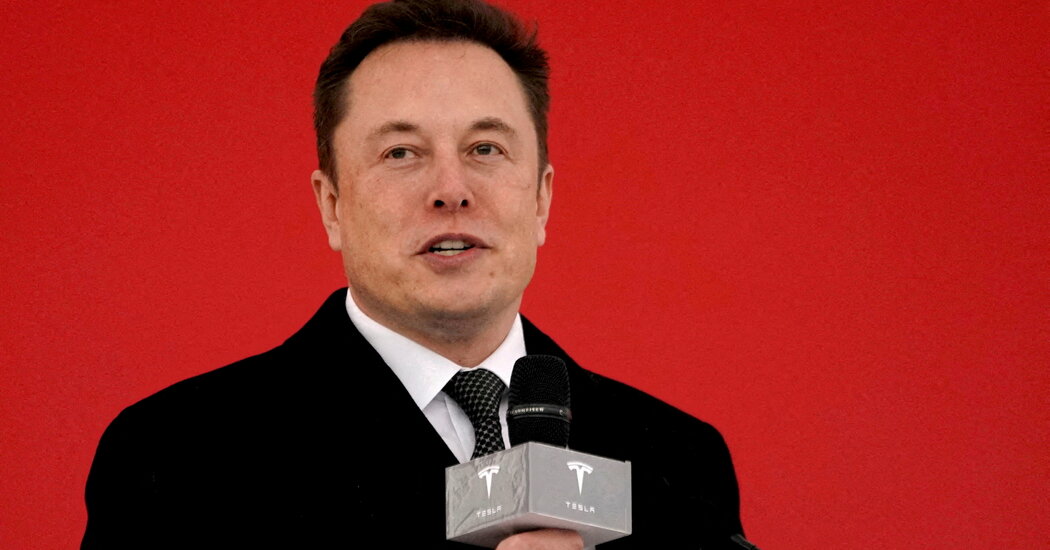 In 2018, Elon Musk unveiled a groundbreaking compensation plan that was composed entirely of an enormous stock grant tied to Tesla’s performance. The plan linked his compensation to the future value of Tesla and the electric vehicle company’s ability to hit hugely ambitious targets for sales and operating profit. The gamble seems to have paid off: Musk has so far received shares for the award worth just over $60 billion. But it’s not only Musk that has profited: Compensation experts say they see the influence of Mr. Musk’s deal everywhere.

Executives are earning record-breaking compensation figures, Peter Eavis of The Times writes. All of the 10 highest-paid executives in 2021 had compensation over $100 million, a first, according to a survey of 200 large companies by compensation consulting firm Equilar. Their average compensation was $330 million, the highest ever. The median chief executive made $32.1 million in 2021, up 27 percent from $25.3 million in 2020 and far higher than in prepandemic years.

Some of the top earners:

Many of the top earners received pay packages far larger than C.E.O.s of bigger and more profitable companies. Tim Cook, C.E.O. of Apple, received his first equity award since 2011 last year and had total compensation of $99 million, putting him just 13th in the survey. What’s more, in certain respects, last year’s biggest pay deals were not as demanding as Mr. Musk’s: Trade Desk’s Green, for example, had no business goals to meet.

A bear market could change things. The compensation totals are taken from the company’s financial filings, but they are often only estimates that could change alongside stock variations. The recent plunge in Tesla’s share price means the stock that Musk has received from the 2018 award is worth significantly less than it was just months ago (and potentially helps explain his apparent jitters in buying Twitter).

Russia misses debt deadline. The grace period for a $100 million interest payment expired on Sunday night, appearing to push the country into its first foreign debt default since the Bolshevik Revolution. Russia’s state news agency reported that the government did not consider itself to be in default, as it has made efforts to pay despite Western sanctions.

China’s industrial profits slump for a second month. The National Bureau of Statistics reports that corporate profits were down more than 6 percent last month compared with May of last year, following an 8.5 percent decline in April. While strict Covid restrictions are being loosened in major cities, economic anxiety and diminished production are clouding prospects for a quick economic recovery.

Ghislaine Maxwell sentencing faces potential delays. The disgraced financier Jeffrey Epstein’s former companion, who was convicted of sex trafficking and conspiracy charges last year and is set to return to court on Tuesday, is on suicide watch. Her lawyer says that she is not suicidal, however, and may seek an extension because the move makes hearing prep difficult.

Frontier gets a boost in battle for Spirit. The influential shareholder advisory service Institutional Shareholder Services is reversing an earlier statement, saying Spirit Airlines’ investors should vote for a proposed merger with Frontier Airlines over a rival offer from JetBlue Airways. The reversal comes after Frontier increased its offer ahead of a shareholder meeting this week, and as global M&A hits a dry spell.

Subpoenas are stacking up for the SPAC that plans to buy former President Donald Trump’s media company. A new filing to the S.E.C. says every board director for Digital World Acquisition Corp. has been issued a subpoena by a federal grand jury in the Southern District of New York. The disclosure by Digital World is the first indication that federal prosecutors in Manhattan have joined in the scrutiny of the merger between Digital World and Trump Media, which has been under investigation by financial regulators for months.

MaC Venture Capital, one of the few majority Black-owned V.C. firms, has raised $203 million for its second fund, DealBook has learned. The firm’s founders include Adrian Fenty, the former mayor of Washington, D.C. The firm is smaller than Vista Equity Partners, which manages over $90 billion and was founded by Robert Smith, the prominent Black investor and philanthropist.

MaC, which now manages over $400 million, is among the largest majority Black-owned V.C. firms, along with Harlem Capital, with a mandate to invest in diverse funds. “I’m not convinced that the market yet sees diversity as an economic strength,” Marlon Nichols, one of the firm’s founders, who was previously at Intel, told DealBook. “It sees it more as this is something that is good to do.”

Like most V.C. funds, MaC has ventured into riskier tech markets, and some hot start-ups that it has invested in have struggled. MaC was an early investor in FaZe Clan, an e-sports company that, as DealBook reported, announced plans to go public through a merger with a SPAC in October. That deal now looks to move forward, but it was delayed after FaZe announced disappointing financial results. MaC has also invested in Artie, a gaming platform company that is backed by the N.B.A. star Kevin Durant and has expanded into the NFT market.

But as venture capital deals slow overall, investment in Black-founded firms has dropped by more than half. After a summer of racial reckoning in 2020, many banks and venture firms pledged to support Black businesses and committed to investing in diverse funds. Investment in Black-founded start-ups rose to $1.2 billion in the first quarter of 2021, according to Crunchbase. V.C. firms have invested just $324 million in Black-founded firms in the second quarter of 2022, down nearly 75 percent from the 2021 quarterly high. “I think where we sit today, it’s kind of business as usual,” Nichols said.

“I would tell every single business and every single woman that they should do what is best for the women that work for them. They need to make certain they are accommodating the very real health challenges women will face.”

— The Georgia Democratic politician Stacey Abrams, speaking on CNN about the state’s anti-abortion policies and how businesses should respond to Friday’s Supreme Court ruling.

One of Disney’s most powerful executives is a former electrical engineer whose first job at the company was as an intern in the DVD department. Kareem Daniel is now in charge of ensuring that Disney’s streaming services are brimming with enough content to make its rivals nervous, reports The Times’s Brooks Barnes.

Daniel is the first Black executive in Disney’s 99-year history to run a major division. Daniel, while completing an M.B.A. at Stanford, got his intern gig after an interview with Bob Chapek, now Disney’s C.E.O. but a low-level executive at the time. Daniel spent three years as a media-focused associate at Goldman Sachs, before returning to Disney in 2007. Growth at Disney’s streaming service Disney+, which has 138 million subscribers, has exceeded expectations under Daniel.

But pressure is ramping up on Daniel to continue to meet Disney’s lofty streaming goals at a time when rivals, including Netflix, the category leader, are struggling to continue to grow. As chairman of the Disney Media and Entertainment Distribution division, Daniel is, in effect, Disney’s top content traffic cop, making decisions on whether $33 billion in annual film and television content gets routed to streaming, traditional TV channels or theaters. Disney wants to nearly double the number of Disney+ subscribers worldwide by 2024 and ensure the service is profitable by the end of that year, too. And if taking on Netflix wasn’t enough of a challenge for the confessed workaholic, Daniel also has partial oversight of Disney’s effort to build its version of the metaverse.

Some Hollywood creatives are skeptical that Daniel is up to the task. Daniel is fairly unknown in entertainment circles, and has no experience creating content. Many in Hollywood view Daniel’s rise as another sign that content creators are being overtaken by bean counters, and part of a larger reorganization of power under Chapek, who got the top job at Disney in early 2020.

Daniel’s plan is to focus on budgeting, while leaving content decisions to creatives. But it is a heavy top-down approach. Daniel’s team is data-driven, setting the budget for different divisions based on what type of content their research says can drive subscriber or ticket sales growth.

The movie-obsessed executive, who is known to quote lines from “The Breakfast Club” and other classics, is winning fans. Maha Dakhil, a Creative Artists agent who supports clients like Tom Cruise and Natalie Portman, told The Times: “He’s curious and listens. And most of all, I am convinced that he really does love movies.”