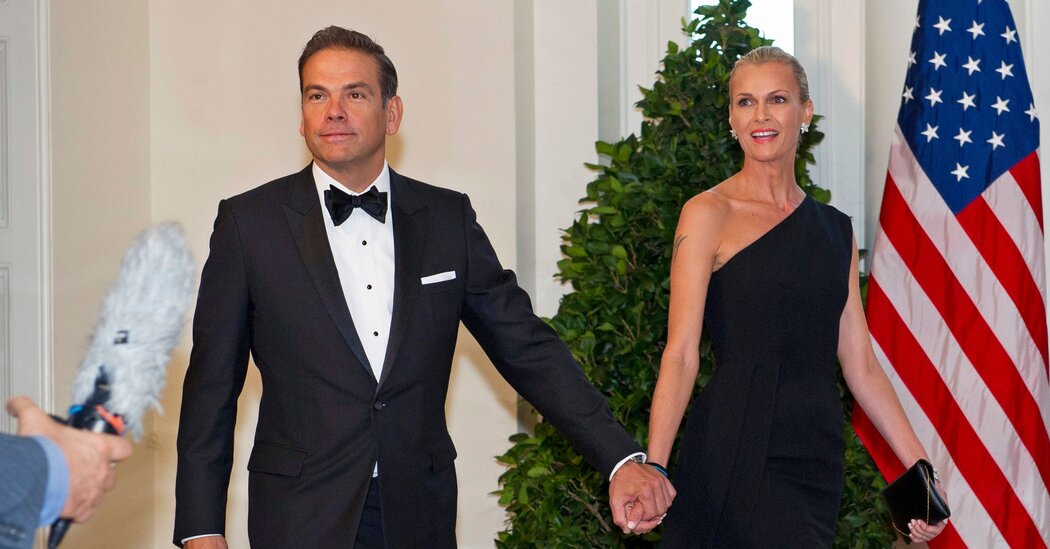 Lachlan Murdoch, the chief executive of the Fox Corporation, is expected to be deposed on Monday as part of a $1.6 billion defamation lawsuit against Fox News for amplifying bogus claims that rigged machines from Dominion Voting Systems were responsible for Donald J. Trump’s defeat in 2020.

Mr. Murdoch will be the most senior corporate figure within the Fox media empire to face questions under oath in the case so far. And his appearance before Dominion’s lawyers is a sign of how unexpectedly far and fast the lawsuit has progressed in recent weeks — and how contentious it has become.

Fox and Dominion have gone back and forth in Delaware state court since the summer in an escalating dispute over witnesses, evidence and testimony. The arguments point to the high stakes of the case, which will render a judgment on whether the most powerful conservative media outlet in the country intentionally misled its audience and helped seed one of the most pervasive lies in American politics.

Although the law leans in the media’s favor in defamation cases, Dominion has what independent observers have said is an unusually strong case. Day after day, Fox hosts and guests repeated untrue stories about Dominion’s ties to communist regimes and far-fetched theories about how its software enabled enemies of the former president to steal his votes.

“This is a very different kind of case,” said David A. Logan, dean of the Roger Williams School of Law, who has argued in favor of loosening some libel laws. “Rarely do cases turn on a weekslong pattern of inflammatory, provably false, but also oddly inconsistent statements.”

Dominion, in its quest to obtain the private communications of as many low-, mid- and high-level Fox personnel as possible, hopes to prove that people inside the network knew they were disseminating lies. Fox hopes to be able sow doubt about that by showing how its hosts pressed Trump allies for evidence they never produced and that Dominion machines were vulnerable to hacking, even if no hacking took place.

The judge, Eric M. Davis, has ruled in most instances in Dominion’s favor, allowing the voting company to expand the pool of potential evidence it can present to a jury to include text messages from the personal phones of Fox employees and the employment contracts of star hosts such as Sean Hannity and Tucker Carlson, along with those of Suzanne Scott, the chief executive of Fox News Media, and her top corporate managers.

Dominion has conducted dozens of depositions with current and former network personalities, producers, business managers and executives. The people questioned come from the rungs of middle management at Fox News headquarters in Manhattan to the corner office in Century City, Los Angeles, where Mr. Murdoch oversees the Fox Corporation and its sprawling enterprise of conservative media outlets.

The fight over depositions has intensified in recent weeks as lawyers for the two companies sparred over whether Mr. Hannity and another pro-Trump host, Jeanine Pirro, should have to sit for a second round of questioning about messages that Dominion obtained from their phones as part of the discovery process. Fox lawyers have argued that the hosts should not be compelled to testify again, citing the legal protections that journalists have against being forced to reveal confidential sources.

The judge ruled that Dominion’s lawyers could question both Mr. Hannity and Ms. Pirro again but limited the scope of what they could ask. Ms. Pirro’s second deposition was late last month; Mr. Hannity’s has yet to be scheduled.

Fox has accused Dominion in court filings of making “escalating demands” for documents that are voluminous in quantity, saying it would have to hire a second litigation team to accommodate such a “crushing burden.” (The judge has largely disagreed.)

In a sign of the simmering tensions between the two sides, Fox lawyers have asked the court to impose tens of thousands of dollars in sanctions against Dominion. Fox has accused the voting machine company’s chief executive, John Poulos, and other senior company officials of failing to preserve their emails and text messages, as parties to a lawsuit are required to do with potentially relevant evidence.

After Dominion filed its lawsuit in March 2021 — claiming that Fox’s coverage of its machines not only cost it hundreds of millions of dollars in business but “harmed the idea of credible elections” — many media law experts assumed this case would end like many other high-profile defamation case against a news organization: with a settlement.

Fox News has a history of settling sensitive lawsuits before they reach a jury. In the last several years alone, it has paid tens of millions of dollars in claims: to women who reported sexual harassment by its former chief executive, Roger Ailes, and by prominent hosts including Bill O’Reilly; as well as to the family of Seth Rich, a former Democratic Party staff member who was killed in a robbery that some conservatives tried to link to an anti-Clinton conspiracy theory.

But a settlement with Dominion appears to be a remote possibility at this point. Fox has said that the broad protections provided to the media under the First Amendment shield it from liability. The network says it was merely reporting on Mr. Trump’s accusations, which are protected speech even if the president is lying. Dominion’s complaint outlines examples in which Fox hosts did more than just report those false claims, they endorsed them.

“This does not appear to be a case that’s going to settle — but anything can happen,” said Dan K. Webb, a noted trial lawyer who is representing Fox in the dispute. “There are some very fundamental First Amendment issues here, and those haven’t changed.”

In a statement, Dominion said the company was confident its case would show that Fox knew it was spreading lies “from the highest levels down.”

“Instead of acting responsibly and showing remorse, Fox instead has doubled down,” the statement said. “We’re focused on holding Fox accountable and are confident the truth will ultimately prevail.”

The judge has set a trial date for April of next year. A separate defamation suit against Fox by the voting company Smartmatic is not scheduled to be ready for trial until the summer of 2024.

Part of the reason Fox executives and its lawyers believe they can prevail is the high burden of proof Dominion must reach to convince a jury that the network’s coverage of the 2020 election defamed it. Under the law, a jury has to conclude that Fox acted with “actual malice,” meaning that people inside the network knew that what they were reporting was false but did so anyway, or that they recklessly disregarded information showing what they were reporting was wrong.

That is what Dominion hopes to show the jury with the private messages it obtained from a several-week period after the election from Fox employees at all levels of the company. Very little is known publicly about what those messages could contain.

In addition to arguing that its coverage of Dominion was protected as free speech, Fox argues it was merely covering statements from newsmakers. “There is nothing more newsworthy than covering the president of the United States and his lawyers making allegations of voter fraud,” a spokeswoman said.

Fox’s lawyers are also planning lines of defense that they hope will dent Dominion’s credibility, even if that means leaning into some of the conspiracy theories that are at the heart of Dominion’s case. They may argue, for example, that it was plausible that the machines had been hacked, pointing to questions that were raised by at least one independent expert about whether the software was secure.

As part of their fact-finding, Fox lawyers sought information from a University of Michigan computer scientist who wrote a report this year saying there were vulnerabilities in Dominion’s system that could be exploited, even though there is no evidence of any such breach.

Mr. Webb said the intent would be to show that the fraud allegations “were not made up out of whole cloth.” But it was not his plan, he said, to pretend that Mr. Trump’s voter fraud falsehoods — which were the same as many of the falsehoods uttered on the air at Fox — were true. “The president’s allegations were not correct,” Mr. Webb said. He added that he planned “to show the jury that those security concerns were there and were real and added plausibility to the president’s allegations.”

After Mr. Murdoch’s deposition on Monday, lawyers on both sides of the case said they expected one additional senior executive to be questioned by Dominion’s lawyers: Rupert Murdoch, chairman of the Fox Corporation, who founded Fox News with Mr. Ailes more than 25 years ago.