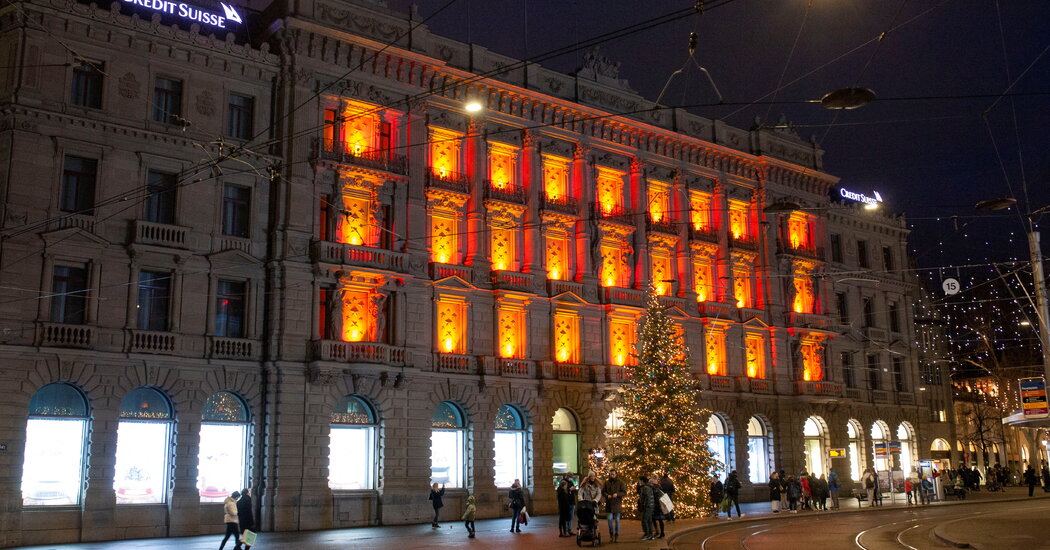 The chairman of the Credit Suisse Group, António Horta-Osório, is stepping down immediately after an investigation involving breaches of Covid protocol.

Mr. Horta-Osório, who has been in the position for less than a year, reportedly broke quarantine rules in traveling on a London-to-Zurich flight in November and in attending the Wimbledon finals in July. The board later commissioned an investigation into his conduct. The bank announced his resignation on Sunday.

“I regret that a number of my personal actions have led to difficulties for the bank and compromised my ability to represent the bank internally and externally,” Mr. Horta-Osório said in statement.

“I therefore believe that my resignation is in the interest of the bank and its stakeholders at this crucial time,” he added.

Mr. Horta-Osório will be succeeded by Axel Lehmann, a former senior executive at the Swiss investment bank UBS. Mr. Lehmann joined the Credit Suisse board last year, where he has been the chairman of the risk committee. Before his time at UBS, he spent nearly two decades at Zurich Insurance Group.

Mr. Horta-Osório, a former chief of the Lloyds Banking Group, took over as chairman in April. He was tasked with a turnaround after the bank lost $5 billion over soured trades that a small unit of its investment bank made with Archegos Capital Management. It was just one in a string of recent body blows.

“I have worked hard to return Credit Suisse to a successful course, and I am proud of what we have achieved together in my short time at the bank,” he said.

Shares of Credit Suisse are down 22 percent over the past year, giving it a market capitalization of $28 billion.