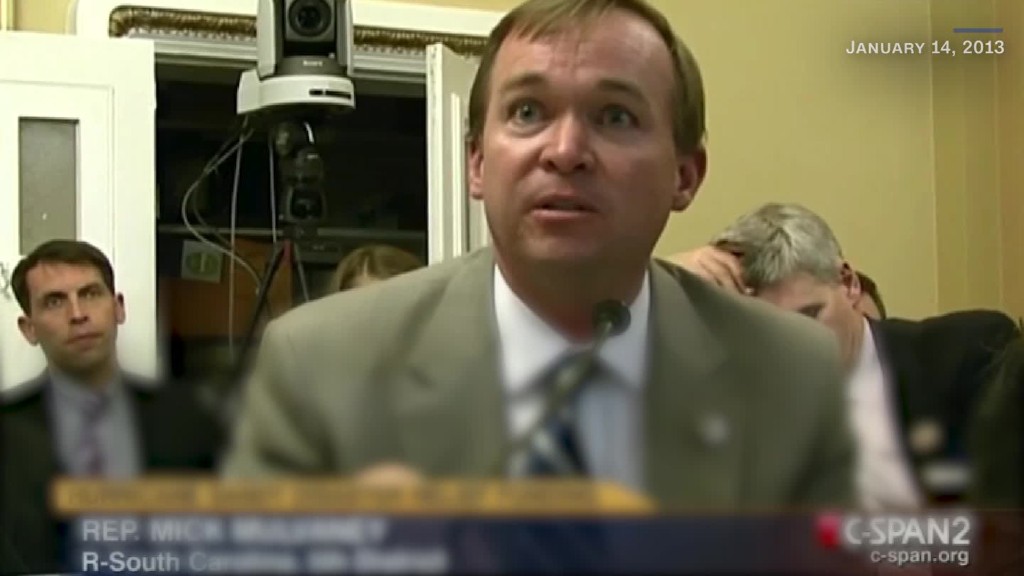 For the past several years, conservatives in Congress have railed against the financial perils of deficits.

Groups like the Tea Party, the House Freedom Caucus and the Republican Study Committee have made reducing the national debt a top priority.

But some of those same hawks are singing quite a different tune these days on deficits, so long as they’re generated by tax cuts.

Take Rep. Jim Jordan, former head of the Republican Study Committee and a Freedom Caucus member. Jordan told Newsmax last week that the “Big Six” tax reform framework, which includes a raft of tax cuts for businesses and individuals, would “let people keep more of their money” and produce growth, which in turn would create jobs.

“Don’t worry about what it may do in the short term to the deficits, because we know when we actually create that kind of tax code … you get stronger economic growth in the long run, which means additional dollars come into Treasury,” Jordan said.

Or consider the recent words of White House budget director and a founding member of the Freedom Caucus, Mick Mulvaney. When it comes to tax reform, “We need to have new deficits … If we simply look at this as being deficit-neutral, you’re never going to get the type of tax reform and tax reductions that you need … to sustain 3% economic growth,” Mulvaney told Fox’s Chris Wallace on Sunday.

Sen. Pat Toomey, a Republican member of the Senate Budget Committee who has been a vocal deficit critic during debt ceiling fights since 2011, supports the idea of letting a tax reform package reduce revenue by up to $1.5 trillion over a decade.

Here’s the problem with that thinking: tax cuts can (and should) spur growth, but there is zero evidence that they create enough growth to pay for themselves in full, or anywhere close.

And similar to deficit-financed spending increases, deficit-financed tax cuts may undercut whatever near-term growth they do spur, the Committee for a Responsible Federal Budget noted in a recent paper.

For Jordan, Mulvaney, Toomey and several other conservatives, the only bad deficits are those caused by spending, however critical.

Related: Is the Trump tax plan a big win for the middle class? Not so much

In the meantime, conservatives have pushed to cut spending, but primarily in nondefense domestic programs, which is already at a more than 50-year low as a share of the economy.

Jordan, meanwhile, has backed a plan called “Cut, Cap and Balance” — which would cut current spending, cap future spending and constitutionally require a balanced federal budget. Doing that, he has said, is the only way to restore “fiscal sanity.”

And yet, economists note that spending cuts can also hurt economic growth if they’re too sudden, too deep or too poorly targeted.

If addressing the country’s fiscal trajectory is the goal, independent fiscal hawks recommend that lawmakers address entitlement spending, which is the primary driver of growth in the long-term debt.

But to do that in a way that doesn’t disproportionately hurt any one part of the population, especially the most vulnerable, a mix of spending cuts and tax increases is a better way to go, they say.