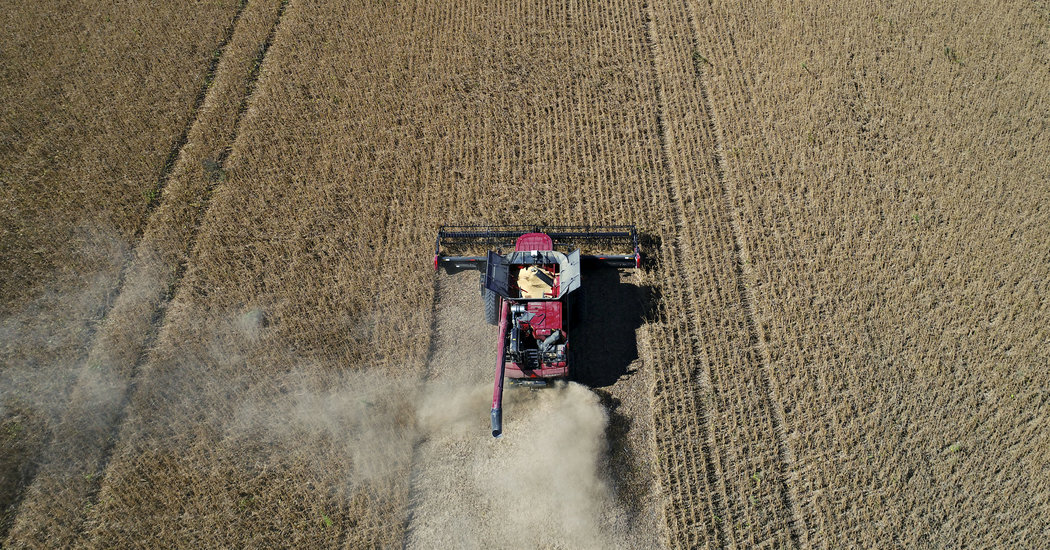 But in the past, China has tended to wait days and sometimes weeks before striking back.

The tit-for-tat tariffs are part of a wider clash looming over trade between the world’s two biggest economies. Stock markets around the world have taken a hit in recent weeks as Washington and Beijing have escalated their trade dispute.

Chinese officials said on Wednesday that they saw room to negotiate.

“China’s attitude is clear,” Mr. Zhu said. “We don’t want a trade war because a trade war would hurt the interests of both countries.”

Two separate rounds of tariffs are now playing out between the United States and China, one involving metals and the other involving advanced manufacturing technologies.

Citing a need to protect domestic suppliers for national security reasons, the United States on March 23 imposed tariffs on $20 billion a year worth of steel and aluminum imports from around the world, including almost $3 billion a year from China. Beijing retaliated on Monday by imposing tariffs on nearly $3 billion a year of American pork, wine, stainless steel pipes and other goods.

The dispute over advanced manufacturing technologies has played out in parallel, with the United States alleging that China has repeatedly violated American intellectual property and is now using government subsidies to build domestic companies into powerhouses in high-tech manufacturing industries. China denies the allegations.

The dueling tariffs are relatively modest in the context of a trade relationship valued at nearly $650 billion a year. Still, economists worry that the clash could escalate quickly if the two sides can’t find a way to resolve their differences, threatening a commercial relationship that is essential to the world economy.

Chinese experts said that a pivotal moment had arrived in Sino-American trade relations, with each side poised to impose heavy tariffs in the coming months on industries that are important to the other.

“A key time has come for the United States and China to form a new consensus that includes intellectual property and the opening up of markets,” said Song Guoyou, the deputy chief of the American Studies Center at Fudan University. “Otherwise, trade may fluctuate a lot.”

China appears to be showing little interest in negotiating its effort to build up the technologies of the future. Known as the “Made in China 2025” program, the plan specifies efforts to build up cutting-edge industries like robotics, aerospace and electric cars. A report in state-controlled media on Wednesday described the development of advanced manufacturing as “an inherent requirement for the transformation and upgrading of China’s manufacturing industry, and it is also the only way for China’s economy to enter a high-quality development stage.”

The Trump administration contends that China has forced American companies to transfer a lot of technology in exchange for access to the Chinese market. Global trade rules prohibit forced technology transfers. China denies that it has required such transfers.

Chinese official media said the new tariffs announced on Wednesday will amount to 25 percent on the American products. China imported about $50 billion worth of those goods last year, the reports said.