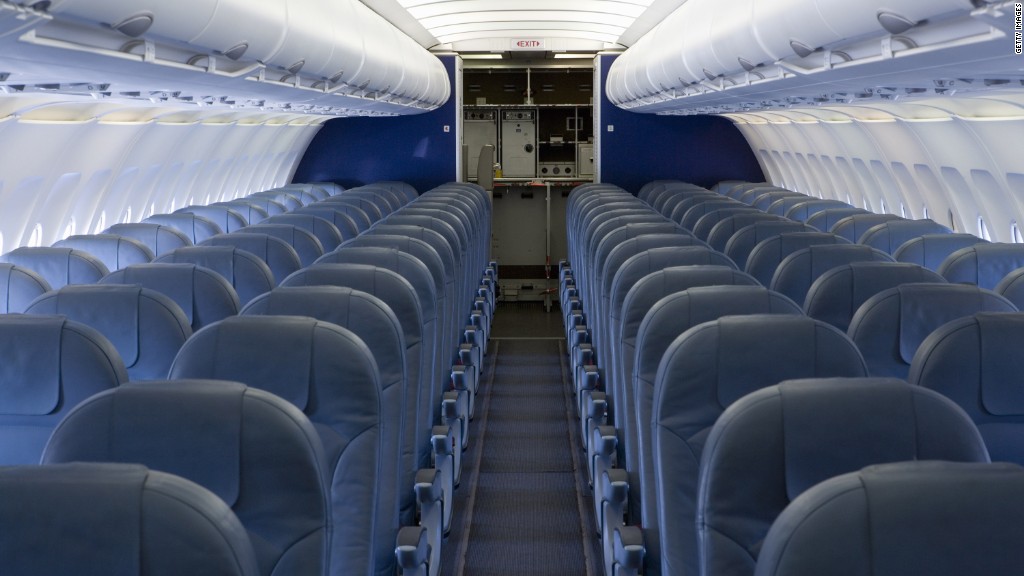 The number of airline passengers bumped from a flight hit a record low in the wake of the United Airlines debacle in April.

That incident, in which a passenger was injured after being forcibly dragged off of a plane by police, drew attention to the practice of denying seats to passengers who had purchased tickets.

The nation’s 12 largest airlines bumped 44 out of every million passengers in the second quarter. That’s the lowest rate ever recorded, according to 23 years of historical Transportation department data.

Airlines have long sold more seats on flights than are actually available, in order to account for passengers who don’t show up for flights. Swapping out one aircraft for a smaller one due to maintenance issues or weather can lead to bumping as well.

But in the wake of the April incident, United (UAL) announced changes in its procedure, including offering more money to passengers on overbooked flights to encourage volunteers to give up their seats. Delta Air Lines (DAL) also raised the amount of money its employees could offer. Meanwhile, Southwest Airlines (LUV) said that it will no longer overbook flights in an across the board policy change.

Southwest has the biggest decline, bumping about 1,500 fewer passengers in the second quarter than it did a year ago.

The next biggest drop was at JetBlue (JBLU), which has long had a policy against overbooking but sometimes has to bump passengers due to a switch to a smaller aircraft. The airline said in April it it changed its policy as to how it swaps planes, and that change apparently worked, at least as far as bumping is concerned. Only 42 passengers were involuntarily denied a flight in the quarter, compared to nearly 800 a year ago.

United CEO Oscar Munoz told investors last month that bumping overall at his airline is down 85% in recent months.

Data from flights on American (AAL), United and Delta are included in DOT’s industrywide stats. But it’s impossible to break out the specific bumping data at the nation’s three largest airlines, because they also operate feeder flights which regional carriers that aren’t included in those numbers.