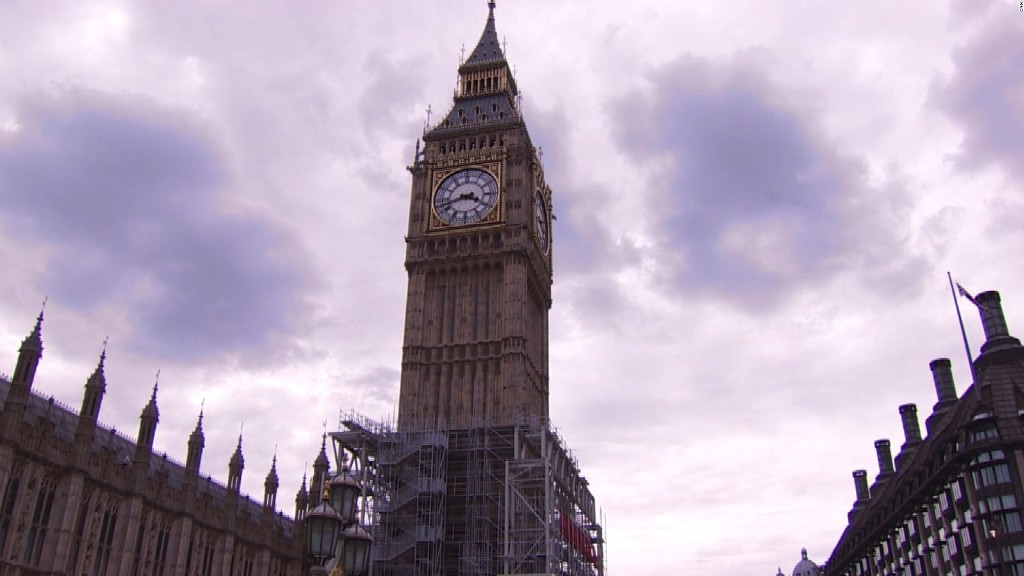 Britain and Europe are butting heads over Brexit.

What had been cordial if unproductive negotiations turned into a brawl this week over how much the U.K. should pay to leave the European Union, an issue the EU says must be settled before the future relationship can be discussed.

Investors are worried that Britain risks an acrimonious divorce from its biggest trading partner unless the discussions start to yield results soon. Fourteen months have passed since the U.K. voted to leave the EU, and five months since it gave the bloc formal notice, starting the countdown to departure in March 2019.

“We did not get any decisive progress on any of the principal subjects,” chief EU negotiator Michel Barnier told reporters on Thursday after three days of talks. “Time is flying. It’s passing very quickly.”

His British counterpart, David Davis, admitted that “there are still significant differences to be bridged.”

Some progress was made on the rights of millions of citizens who have settled in Britain or Europe, and on managing the land border between Ireland (in the EU) and Northern Ireland (part of the U.K.) But it was clear no such headway had been made on the divorce bill.

Both sides — in public statements and leaks to the media — expressed frustration this week.

Prime Minister Theresa May defended Britain’s approach during a trip to Japan, saying her government was “coming forward with the ideas” and “clarity about the future.” Davis said the EU needed to show more “flexibility” and “imagination.”

“I’m asked to show flexibility but you need to start with a clear position,” Barnier replied.

The Telegraph, meanwhile, reported that EU negotiators were “flabbergasted” after their British counterparts spent three hours trying to rebut the bloc’s justification for an exit bill running into tens of billions of euros.

What does Brexit mean?

There is still substantial confusion over what Britain wants to achieve from negotiations.

May has promised to take Britain completely out of the EU’s common trading area and slash the number of people coming from the bloc. However, the government has been forced to moderate its position since she lost her parliamentary majority in June.

Businesses — both British and foreign — want an arrangement that gives them time to get used to the new relationship with the U.K.’s biggest export market. They also want reassurances about hiring EU citizens.

The British government has acknowledged the need for some kind of transitional period. But May has also insisted that Britain will leave the EU’s single trading market and its customs union in March 2019.

This week she also stood by her previous claim that “no deal” with the EU would be better than a “bad deal.”

That kind of talk is worrying investors and trading partners, none more so than Japan.

Prime Minister Shinzo Abe stressed that it was vital for Brexit itself to be “smooth and successful.”

“I asked Prime Minister May for her continued consideration for ensuring transparency and predictability, so as to minimize its impact on business activities — including Japanese companies,” Abe said Thursday.

Japan Inc. has a major presence in the U.K., employing an estimated 140,000 people in the country. Banking giant Nomura (NMR) and automakers Toyota (TM), Nissan (NSANY), and Honda (HMC) have all made significant investments, using Britain as a springboard to the rest of Europe.

The EU has made clear that it will not discuss its future trading relationship with Britain until it deems sufficient progress has been made on the divorce bill, the Irish border and citizens’ rights.

Barnier said Thursday that with time ticking away, he was willing to talk more frequently. But the former French foreign minister also said it was time for Britain to wake up to the costs of leaving the EU.

“Brexit means Brexit,” he said. “There will be consequences.”