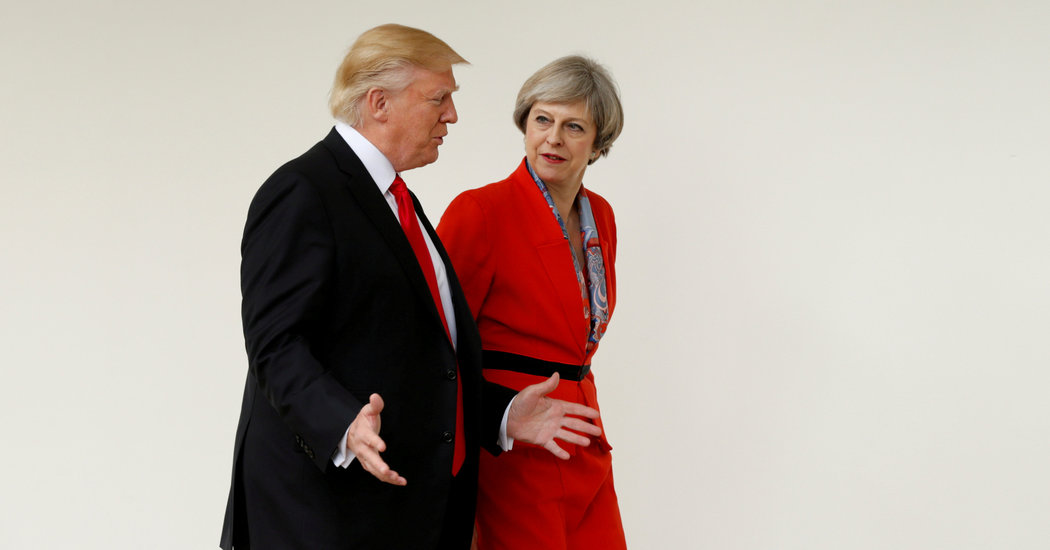 The sticking point could be Northern Ireland, which is part of Britain. The European Union wants Northern Ireland to apply many of the bloc’s rules, to prevent a situation in which a hard border forms between Ireland and Northern Ireland. But this approach may result in Northern Ireland having different rules from the rest of Britain in certain crucial areas, and that arrangement might not be acceptable to many British people, who fear it could divide their country. Ireland’s prime minister, Leo Varadkar, on Tuesday seemed receptive to Britain’s proposal. But once it comes down to negotiating the details, Britain and the European Union could still find themselves far apart, and such a stalemate could weigh on the markets.

Trade war anxiety is a drag on U.S. stocks.

Britain and the European Union, at least, have clear objectives that they are both attempting to reconcile. The same cannot be said of the trade conflicts set off by the United States.

President Trump has imposed or proposed tariffs on imports from the United States’ biggest trading partners, including China and the European Union, but it is not engaged in full-fledged negotiations to resolve grievances. Mr. Trump’s strategy may be to wait until the economic pain of the American tariffs is felt by other countries, at which point they may be willing to make concessions. But such an approach could prolong the uncertainty in the markets for months.

Superficially, investors might not seem too concerned. The Standard & Poor’s 500 index is up 2.5 percent since the end of February, when Mr. Trump announced tariffs on steel and aluminum, his first real shot in the latest trade skirmishes.

But there is reason to believe that stocks would be a lot higher if it were not for the uncertainty surrounding trade tensions.

The United States economy is growing relatively quickly, and Wall Street analysts are increasing their profits forecasts for companies. The bullishness about earnings might normally have caused the stock market to rally a lot more than it has this year. One of the reasons stocks are not galloping higher right now is that investors don’t know which companies will get hurt by the tariffs, and how bad their financial pain will be. Harley-Davidson last month said it would it would take a hit from tariffs imposed by the European Union in response to the United States’ measures.

This week, companies start to release their earnings for the latest quarter. The warnings related to tariffs may occur in unexpected places.

“This is no longer a skirmish, but a global trade war with uncertain consequences,” David Rosenberg, chief economist at Gluskin Sheff, said in an email Wednesday, “but none that are bullish for growth or the investment landscape.”