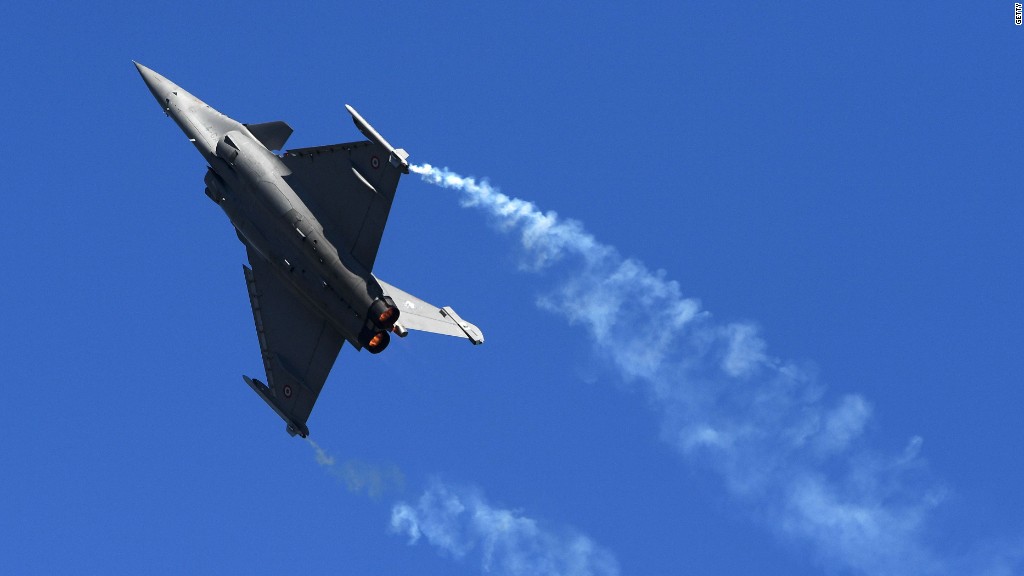 Boeing has claimed bragging rights over Airbus at the Paris Air Show, winning more aircraft deals at the biennial event than its European arch-rival for the first time since 2012.

Boeing (BA) is leaving the show with orders and commitments for more than 571 new aircraft worth $74.8 billion at list prices. Airbus (EADSF), based in the southern French city of Toulouse, secured 326 new orders worth $39.7 billion.

Many deals still need to be finalized, but the haul was an unexpected bumper crop for both Boeing and Airbus. The sales tally in Paris was nearly double that of last year’s Farnborough Air Show, which alternates with Paris as the industry’s marquee event.

“Every dog gets his day and it looks like they won,” said Airbus sales chief John Leahy.

Boeing was able to capitalize on the official launch of the 737 Max 10, a new stretched version of its single-aisle workhorse jet. It received 361 orders for the 188 to 230-passenger aircraft (214 existing orders were switched to the bigger jet, including 100 for United Airlines).

Airbus also benefited from 73 orders from Iranian carriers Zagros Airlines and IranAir Tours. Both deals still have to clear approvals under the 2015 Iran nuclear deal that enabled the Islamic Republic to start replenishing its decrepit fleet.

Airbus, however, maintains an edge over Boeing in its total backlog. That’s the number of airliners that have yet to be produced and delivered. The two manufacturers have more than 13,000 jets to build in the coming years.

Airlines around the world have had an insatiable demand for single-aisle aircraft like the Airbus A320 and Boeing 737 that fly short and medium haul routes around the globe. Established carriers are also swapping out older, less efficient jets for new versions and low-cost airlines are rapidly expanding their fleets.

Geopolitical turmoil and record output of twin-aisle airliners have caused buyers in some regions to hold their fire, said Mounir.

Less than 10% of the sales in Paris were for long-range twin aisle airliners and neither manufacturer unveiled deals for their largest aircraft, the superjumbo Airbus A380 and Boeing 747. Demand for both has nearly evaporated.

In total, Boeing and Airbus announced more than $114 billion in new business. Customers end up paying less thanks to steep discounts.