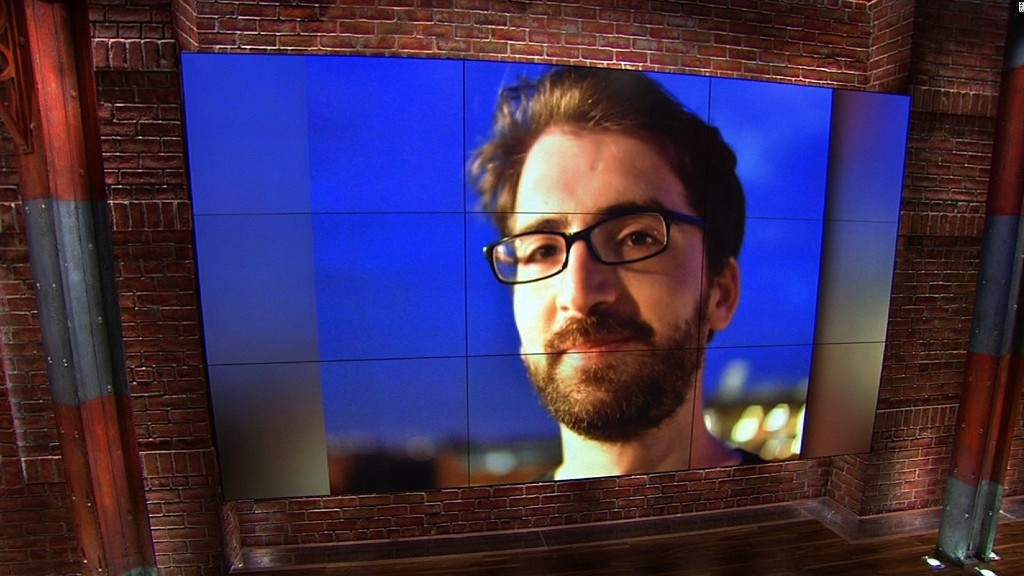 Ben Jacobs, the reporter who was assaulted by Montana congressional candidate Greg Gianforte, says Gianforte has reneged on what Jacobs believed was a commitment to grant him an interview.

Gianforte, a Republican businessman, was elected to the House on May 25, one day after he body-slammed Jacobs.

Jacobs is now going public about the dispute. He says Gianforte is continuing a “pattern of avoiding responsibility for his actions.”

Gianforte’s team, for its part, says the congressman was never offering an on-the-record interview — but that he will be happy to sit down with Jacobs for an off-the-record meeting. “Congressman Gianforte’s offer to Mr. Jacobs remains on the table,” a spokesman said Tuesday night.

Gianforte has spoken with some members of the media in Montana, but has kept a relatively low profile in his first two months on the job.

On June 12 Gianforte pleaded guilty to a misdemeanor assault charge. A Montana judge ordered him to complete 40 hours of community service and attend anger management classes.

Jacobs was in court that day. When he gave a “victim statement” before the judge, he said he hoped to interview Gianforte in the future, since that’s what he was trying to do at the time of the assault.

Before the end of the hearing, Gianforte addressed Jacobs directly: “I’m sorry, and if and when you’re ready, I look forward to sitting down with you in DC.”

Gianforte was sworn in on June 21. Jacobs, a reporter for The Guardian, started trying to schedule an interview the next day.

“This is something that was a pledge he made to me in the courtroom in Montana. So I’m fully confident we’ll work out the logistics soon,” Jacobs said on CNN’s “Reliable Sources” in July.

The back-and-forth continued, but it came to an impasse.

Last week The Guardian upped the pressure, telling The Washington Post, “We fully expect the Congressman to be a man of his word.”

And on Tuesday Jacobs he sent a sharply worded email to Gianforte’s communications director Travis Hall.

“In refusing to do the promised on-the-record interview with me, Congressman Gianforte continues his pattern of avoiding responsibility for his actions and refusing to live up to the statements made in what I had thought was a sincere apology,” Jacobs wrote in the email. “He has refused to explain why he slandered me, he unsuccessfully tried to avoid pleading guilty to a physical attack against me and he also unsuccessfully fought a legal battle to avoid the mild inconvenience of having a mugshot taken.”

Jacobs pointed out in the email that he has not tried to profit off the assault by suing Gianforte. Instead, the two men struck an out-of-court settlement and Gianforte donated $50,000 to the Committee to Protect Journalists.

“I hoped to use this incident as a positive opportunity to promote civil discourse as well as the importance of freedom of the press,” Jacobs wrote.

He thought an interview would help accomplish that. It’s clear that he still has some questions about the Gianforte campaign’s initial statement about the assault, which said “aggressive behavior from a liberal journalist” created a “scene.”

Jacobs wrote in his email to Hall Tuesday: “I forgave Congressman Gianforte for his unprovoked attack and his slanderous statement afterwards in hopes that this behavior was an aberration. Instead, I have become increasingly convinced that those actions were a display of his true character.”

But from Jacobs’ perspective, an on-the-record interview is what would inform his readers, not an off-the-record drinking session.

Jacobs seemed to decline the meeting offer in his earlier message to Hall on Tuesday.

“When the Congressman is ready to schedule an on-the-record interview with me, I welcome hearing from him,” Jacobs wrote. “Otherwise, should we meet in the halls of the Capitol, I hope I can approach him without fear of physical assault.”