TJ Douglas and his wife, Hadley, own Urban Grape, a thriving wine shop in the South End neighborhood of Boston. Before the pandemic, a regular internet customer with whom Mr. Douglas had had many discussions online about wine, walked into the shop for the first time.

The customer, who was white, had come specifically to meet Mr. Douglas, whom he did not know was black.

“He looked at me and walked right past me to an older white man who worked for me, and thanked him for all he had done,” Mr. Douglas recalled. “The employee pointed toward me, and the gentleman turned around and looked shocked. He had never thought of buying wine from a black person before. He also looked extremely embarrassed.” 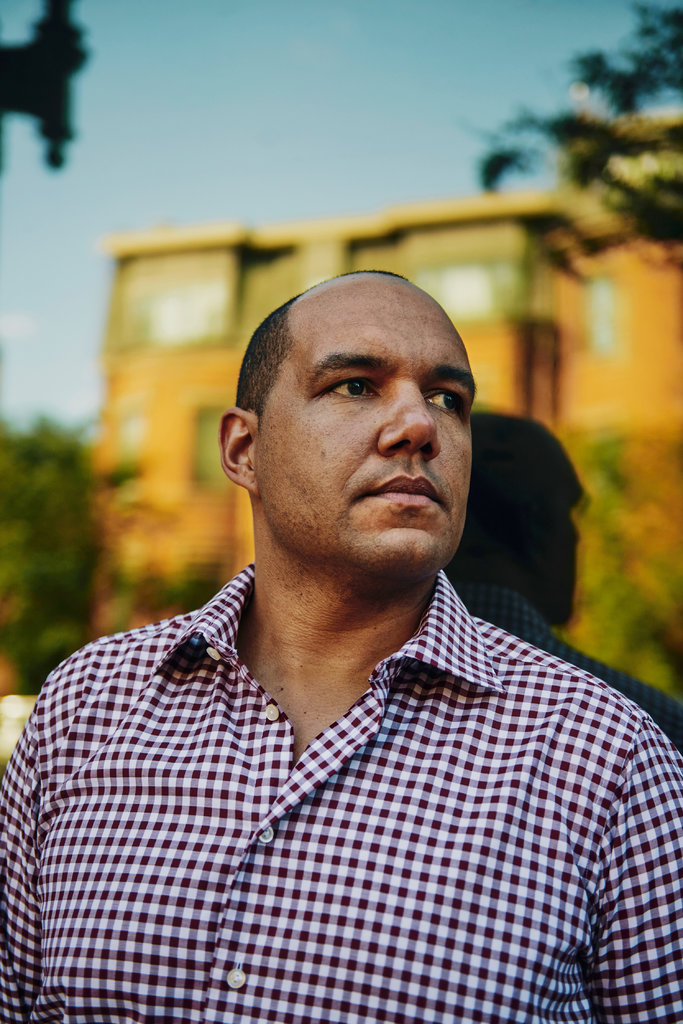 “I had to go above and beyond to make him feel comfortable for the way he was perceiving me,” Mr. Douglas said.

Mr. Douglas’s experience is typical. Talk to wine professionals who are black in this overwhelmingly white industry, and you will hear similar stories of invisibility over and over, no matter how different their jobs, backgrounds or places of work.

These are stories about feeling dismissed by white people who cannot associate them with the expertise, knowledge or authority they have earned through their work.

Whether writers, sommeliers, retailers, farmers or winemakers, black people in the wine world face a barrage of slights, whether small, possibly unconscious hostilities or overt racism. As a result, getting ahead requires a constant, fatiguing effort to pull against the friction of discrimination that slows what for whites would be a natural career progression.

I spoke with nine black wine professionals, to listen, with the hope that their shared experiences might result in a deeper conversation and understanding among their peers in the wine world. 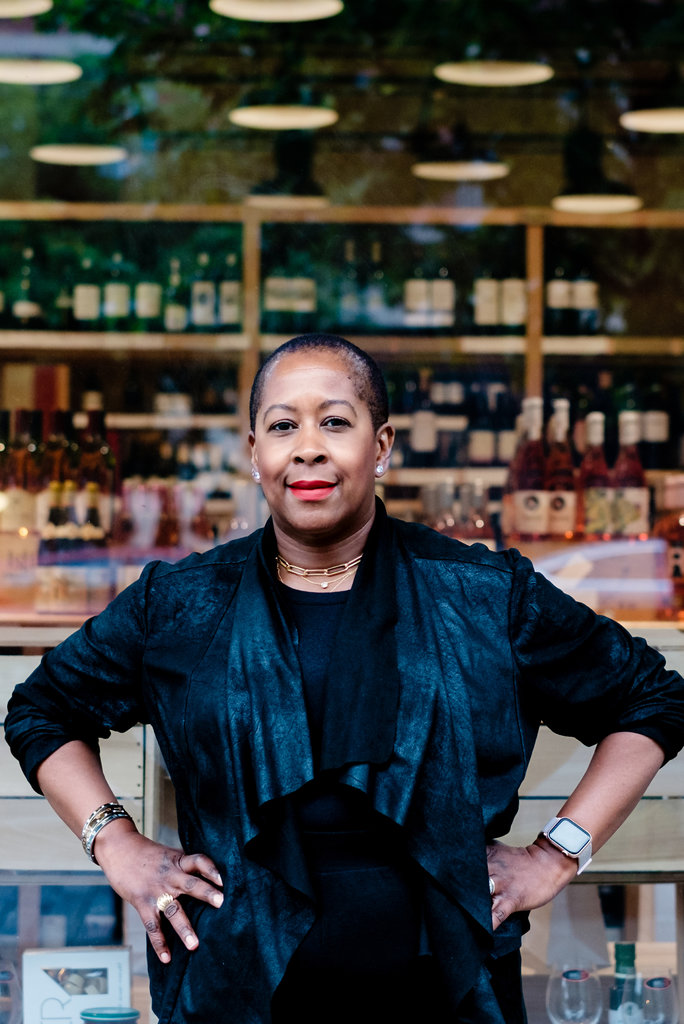 Credit…Michael A. McCoy for The New York Times

Julia Coney is a wine writer and educator based in Houston and Washington, D.C., who regularly leads tastings and teaches wine classes. Yet as a consumer, she said, white servers or merchants are always ready to instruct her, to show her how to hold a glass and to explain to her why she ought to swirl it.

In restaurants, they steer her to cheaper wines or sweeter choices that fit their stereotype of what she might enjoy.

“They dumb things down for me,” she said. “I’ve seen both innate prejudice and innate assumptions about who has the power and the discernment. I’ve been told I look like the help.”

She has grown tired of the tokenism, of being the only black person invited to a tasting or on a sponsored trip to a wine region. She is sick of seeing the wine industry toss money only to white social-media influencers. So she has created a database, Black Wine Professionals, in hopes that white gatekeepers who say they want to diversify will use this tool. And if they won’t take action, she said, she will.

“They keep regurgitating the same person, and new people never get a chance,” Ms. Coney said. “People might ask me on a trip, and I’m going to look at the racial breakdown. And I’ll offer my spot to someone else.” 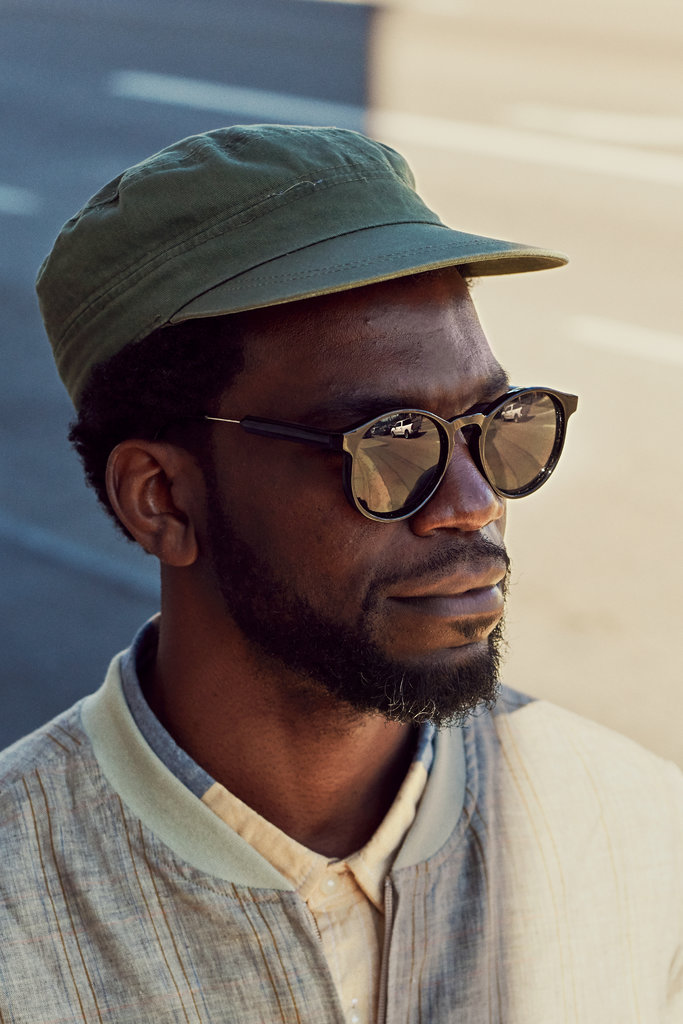 Stephen Satterfield calls himself a “recovering sommelier.” He says wine is still one of his great loves, but he has left the business twice because of what he termed “a sense of cultural isolation.” Mr. Satterfield, who is based in Atlanta, now publishes a quarterly food magazine, Whetstone, and is host of a podcast, “Point of Origin,” that explores the intersection of culture, food, politics and diversity.

“I found people had the range to talk about nothing but wine,” he said of life as a sommelier. “I found that especially problematic as a black person, because I felt I could never be fully seen or understood in the industry beyond my ability to adapt to standards of decorum, language and posture.”

This feeling, he said, was especially apparent in trade tastings, essential events in which producers, wine buyers and other gatekeepers meet, socialize, taste wine and form essential business relationships.

“Imagine if you were the only white person in that same environment full of black people,” Mr. Satterfield said. “Trying to taste wine in that kind of head space, it was an exhausting sort of emotional labor that white people wouldn’t even notice. In trade tastings, you see the invisibility.” 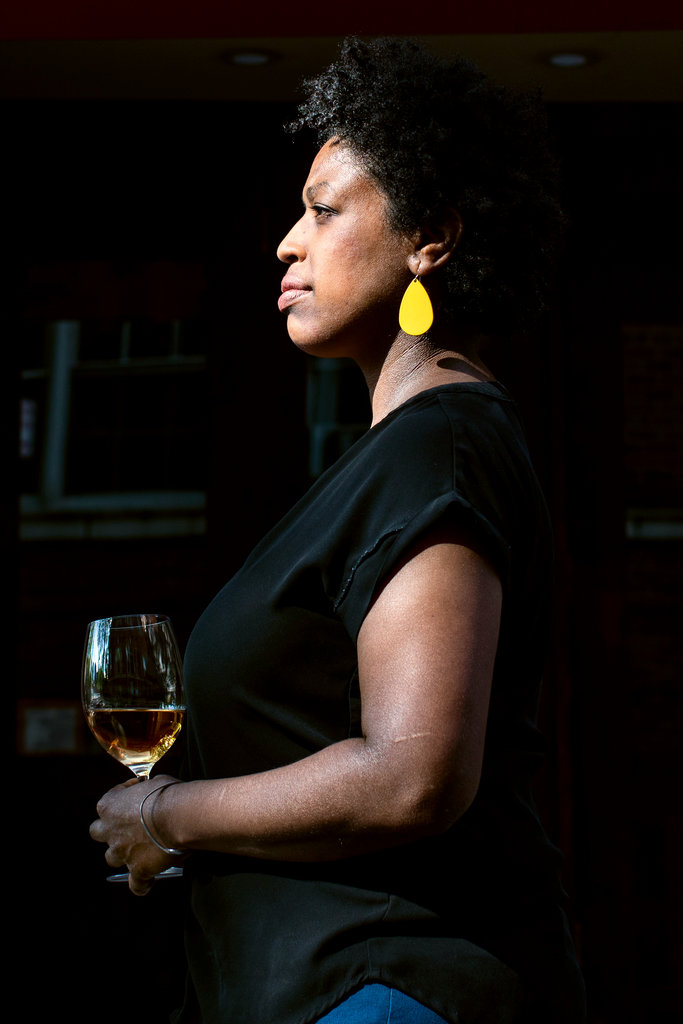 Madeline Maldonado is the beverage director at Da Toscano, an Italian restaurant that opened in Greenwich Village shortly before the Covid-19 pandemic. She, too, has had difficult experiences in trade tastings.

“They would treat me like a novice, and you internalize that,” she said. “We spend so much of our time in those interactions, you end up feeling less-than. It’s not good for your mental health. It feels lonely.”

Once, at a restaurant where she worked, she stopped next to a white couple to make a passing comment about an excellent bottle on the table. “The man responded, ‘What do you know about wine?’” she recalled.

“When you see other people of color, there’s that look of relief,” Ms. Maldonado said. “We don’t always talk about it, but through our body language, there’s that sense of, ‘I see you, you see me.’” 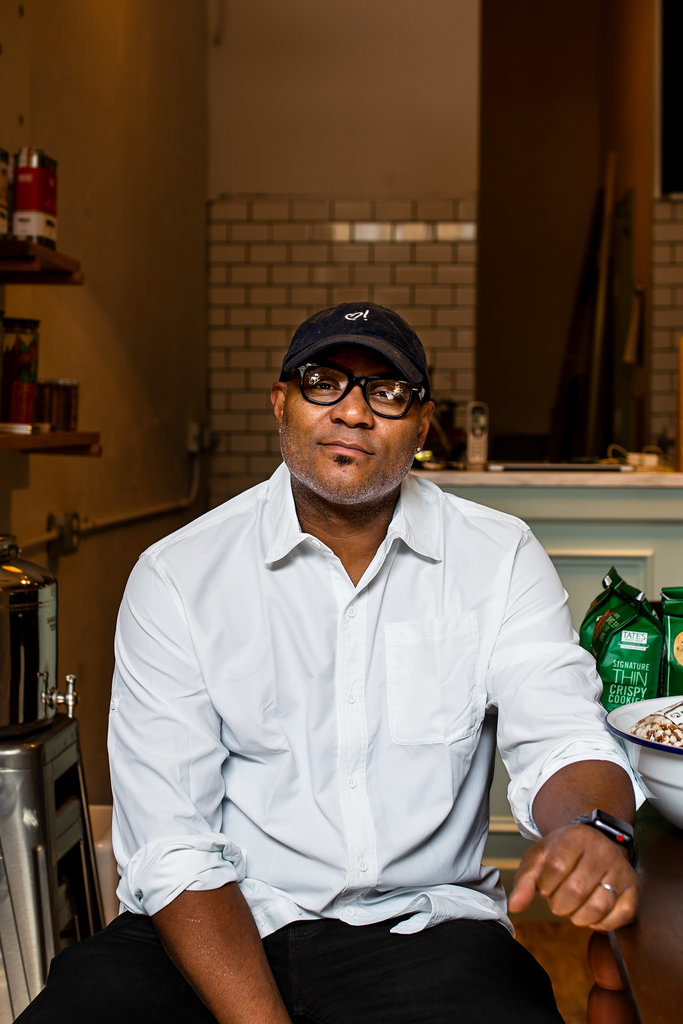 As a wine server, André Hueston Mack reached the peak of his profession as head sommelier at Per Se in New York in 2004. He is now an author and entrepreneur, with his own Oregon wine label, Maison Noir, and, with his wife, Phoebe Damrosch, a small empire of shops in Brooklyn under the umbrella name & Sons Hospitality Group.

As a young sommelier, he said, he met people who assumed he knew nothing about wine. He decided to use their feelings for his own purposes.

“I get to choose how I feel about things,” he said. “I choose to use that energy to keep pushing forward, to be relentless.”

He has endured many slights: A retailer in Texas asked him whether Maison Noir came in 40-ounce bottles. Another, in Colorado, followed him around his store, apparently fearing he might steal something. Some diners at Per Se told him to send over the real sommelier.

“I chose to make those moments empowering,” he said. “I’m constantly helping people pick their jaws up off the floor and their feet out of their mouths.” 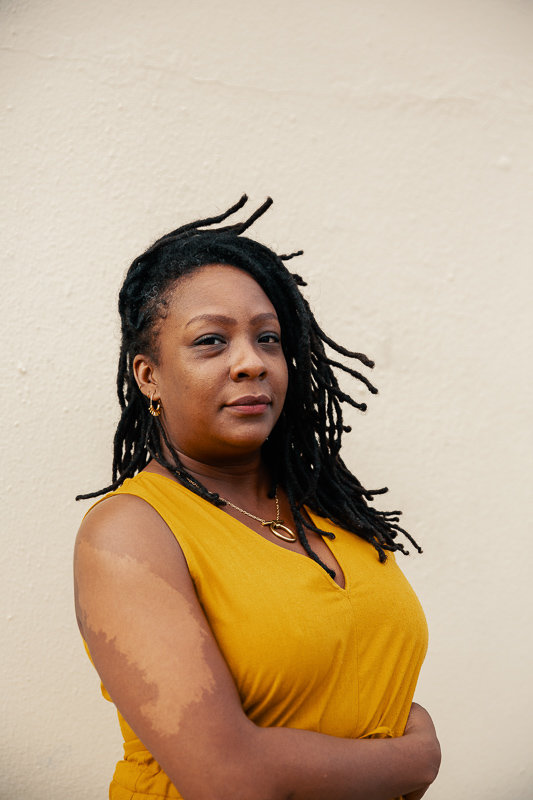 Zwann Grays, the wine director at the Olmsted in Brooklyn, was lucky enough to meet a number of black women who served as mentors and role models — people like Lee Campbell, who has excelled in all parts of the wine business, Marquita Levy, the sommelier at Chef’s Club New York, and Beth Baye, a buyer at 67 Wine in Manhattan.

“It has 100 percent made all the difference,” Ms. Grays said.

Her issues have come not so much in restaurants as in areas where the wine industry congregates.

“Trade tastings are the worst — I’ve felt the cold, the not-seen space,” she said. Repeatedly, she said, she has received the bare minimum of consideration while, all around her, white wine professionals are treated with courtesy and given full attention.

“It’s so dismissive,” she said. “There’s a natural respect for white wine culture and a natural disrespect for black people in the wine industry space.” 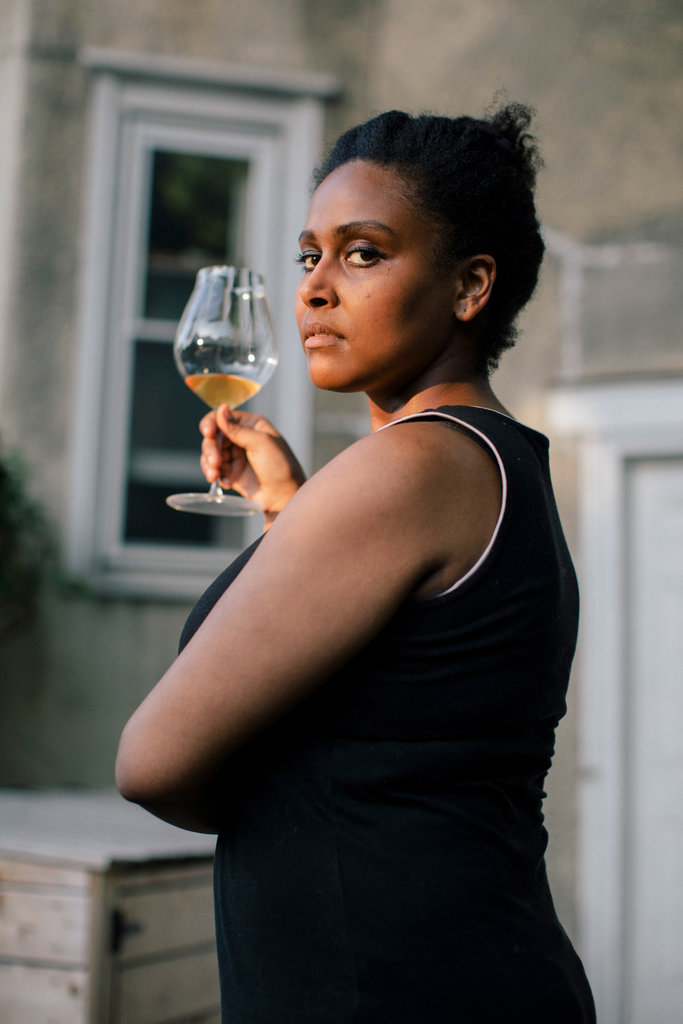 Credit…Jose A. Alvarado Jr. for The New York Times

Tammie Teclemariam, a freelance food and drinks writer in Brooklyn (who has contributed to Wirecutter, which is owned by The New York Times), calls herself a “wine unprofessional” to set herself apart from what she sees as an exclusionary industry.

“Just the nature of what wine is makes it really hard to separate it from racism,” said Ms. Teclemariam, whose recent tweet of a photo of Bon Appétit’s editor in chief helped spur his resignation and a reckoning over institutional racism at the magazine.

“In order to trust a wine person, you have to respect their humanity as someone who can physically enjoy and understand an experience as well, or even in a more nuanced way, than you. That’s the whole humility of wine appreciation, and I think it’s hard for some people to relate to me equally even on a sensual level.”

Rampant class and generational issues play a part as well in what she sees as wine’s old-boy network and bro culture. Adding racism to the mix creates an impregnable wall, she said.

“The fact is in order to really be a trusted voice in wine, most black people have to be co-signed by a white person or celebrity alliance, or else be in constant recitation of their work history,” she said. 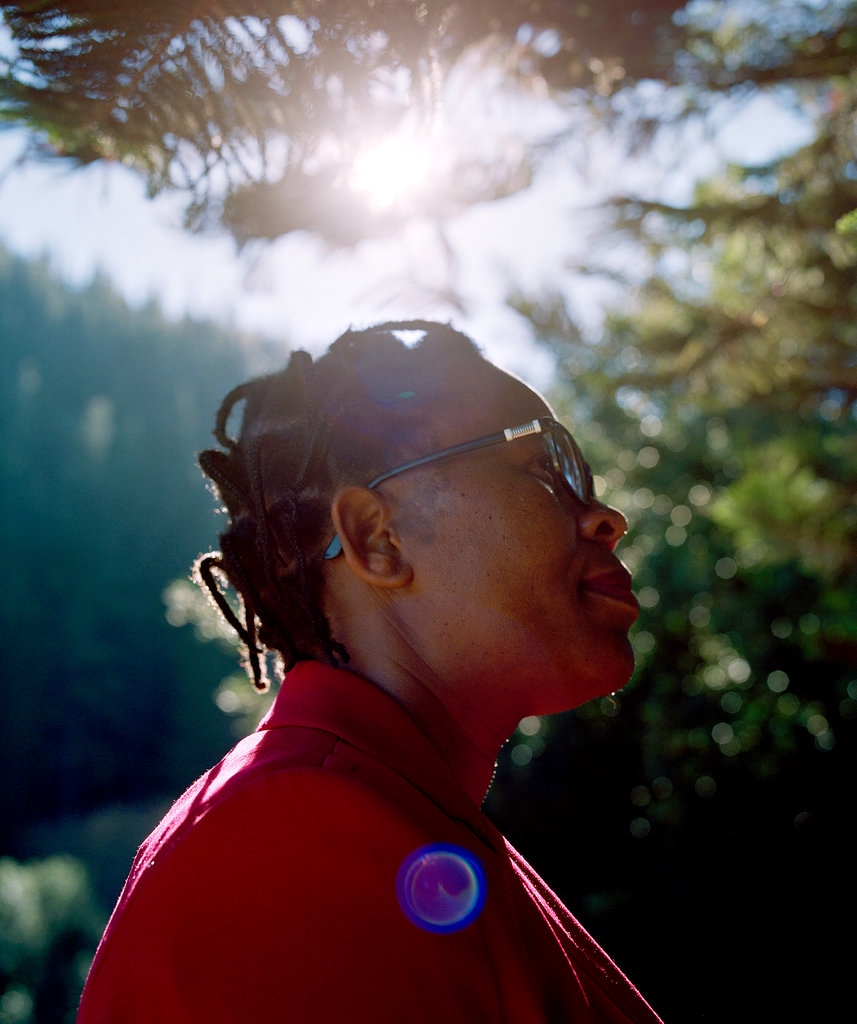 Invisibility is not just a problem for black wine professionals in America. Winemaking stretches back four centuries in South Africa, a nation in which discrimination and racial violence were long sanctioned by apartheid.

After that system was swept away at the end of the 20th century, Ntsiki Biyela became South Africa’s first black female winemaker. In 2016, she established her own label, Aslina Wines.

When she arrived in 1998 at Stellenbosch University in the Western Cape to study wine, she did not speak Afrikaans, a major language of the region. Her fellow students asked why she had even bothered coming there.

“It wasn’t the question, it was how it was asked, with that underlying part of saying, ‘You’re not welcome here,’” she recalled by email.

As she moved into her career, it was difficult at first to interact with growers from whom she wanted to buy grapes. “They didn’t want to deal with you: ‘You’re black, what do you know about wine?’” she said.

One of Ms. Biyela’s biggest challenges has been to build an audience for wine among black South Africans, who have not traditionally consumed wines. A major problem she has identified is the language used to describe wine, which is full of obscure flavor references that are not always familiar to many black South Africans who are not well-versed in European winespeak.

While the white-dominated wine industry in South Africa sticks with the standard language, virtually ignoring a huge group of potential customers, Ms. Biyela has worked to find references that are more commonplace. Instead of saying a wine smells like truffles, she said, she might say it smells like amasi, a sort of fermented milk.

“When discussing with black people, I would explain that since I got into the industry I have managed to associate the flavors of the wine to what I know,” she said. “You don’t have to go by what the back of the label says. You can create your own things.” 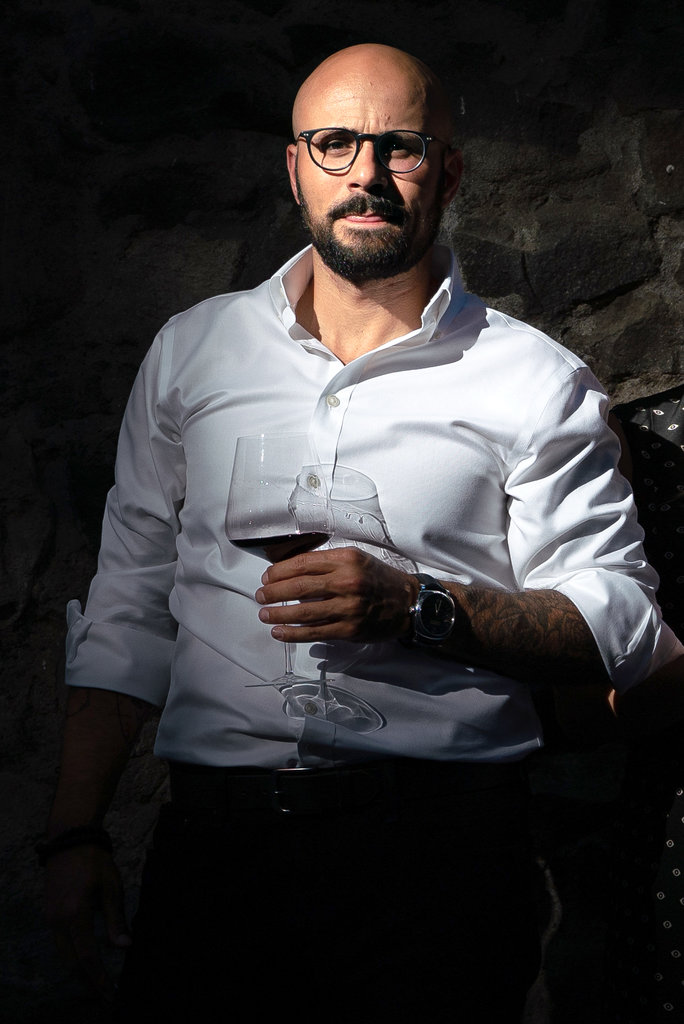 As a young man, Carlton McCoy Jr. received a scholarship to culinary school. His grandmother told him he would need to change the way he spoke, cut his hair and wear new clothes, he recounted in a recent Facebook post.

“It crushed her to say it,” said Mr. McCoy, who grew up in Fairfax Village in southeastern Washington, D.C. “She told me that ‘they’ would never accept me that way.”

Years later, Mr. McCoy is a master sommelier and the president and chief executive of Heitz Cellar, a historic Napa Valley wine producer. But he still knows he is an outsider, with life experiences unlike those of most of the people he encounters professionally.

“They don’t know what it means to walk into a restaurant and be asked if you’re in the right place,” he said. “You are the only one in the room. You have to be comfortable being uncomfortable.”

“The fact that I’m in that room, that I’m at the head of the table, I’m proud of that. We should wear it like a badge of honor, being the only one, and create another seat for somebody else.”