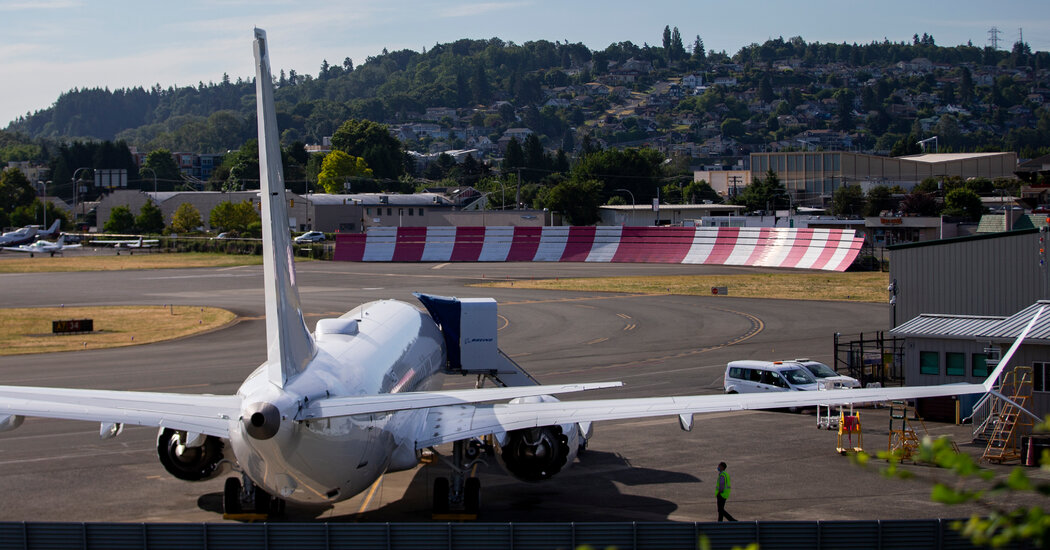 The top Democrat and Republican on the House’s transportation committee unveiled a bill on Monday aimed at addressing some of the problems that contributed to two fatal crashes of Boeing’s 737 Max jet.

Many of the changes in the bill, which is expected to be formally announced on Tuesday, would fix safety lapses that Democrats on the committee identified in a scathing report less than two weeks ago. The report blamed Boeing and the Federal Aviation Administration for a series of safety failures.

“For the past 18 months, the Boeing 737 Max has been synonymous with the tragic loss of 346 innocent people, a broken safety culture at Boeing and grossly insufficient oversight by the F.A.A.,” Representative Peter A. DeFazio of Oregon, the Democratic chairman of the Committee on Transportation and Infrastructure, said in a statement. “And like many people, I was alarmed and outraged by many of the findings that were revealed over the course of our committee’s investigation into the certification of this aircraft.”

The 85-page bill is sponsored by Representative Sam Graves of Missouri, the committee’s top Republican, and Representative Rick Larsen, the Washington State Democrat who leads the aviation subcommittee. It includes dozens of changes, including strengthening whistle-blower protections and requiring experts to review Boeing’s safety culture and make recommendations for improvement.

The bill also requires that manufacturers give the F.A.A., airlines and pilots detailed information about any system that can alter a plane’s flight path without input from a pilot. One such system, MCAS, has been blamed, at least in part, for the crashes of the Max in Ethiopia and Indonesia. In their report, the committee’s Democrats accused Boeing of downplaying the role of that system in the design of the Max to avoid a time-consuming federal review.

The legislation would also strengthen federal oversight by providing the F.A.A. resources to hire more specialists to work on airplane certification. The agency had come under fire for outsourcing some certification functions to people employed by Boeing and other manufacturers. The bill would not end that practice, but it would impose a civil penalty against corporate managers and others who interfered with the work of people working on certifications.

A year and a half after the second Max crash, the F.A.A. is getting ready to allow the airliner to fly again. The head of the agency, Stephen Dickson, a former Delta Air Lines pilot, plans to fly a Max this week before the agency decides whether to recertify it.