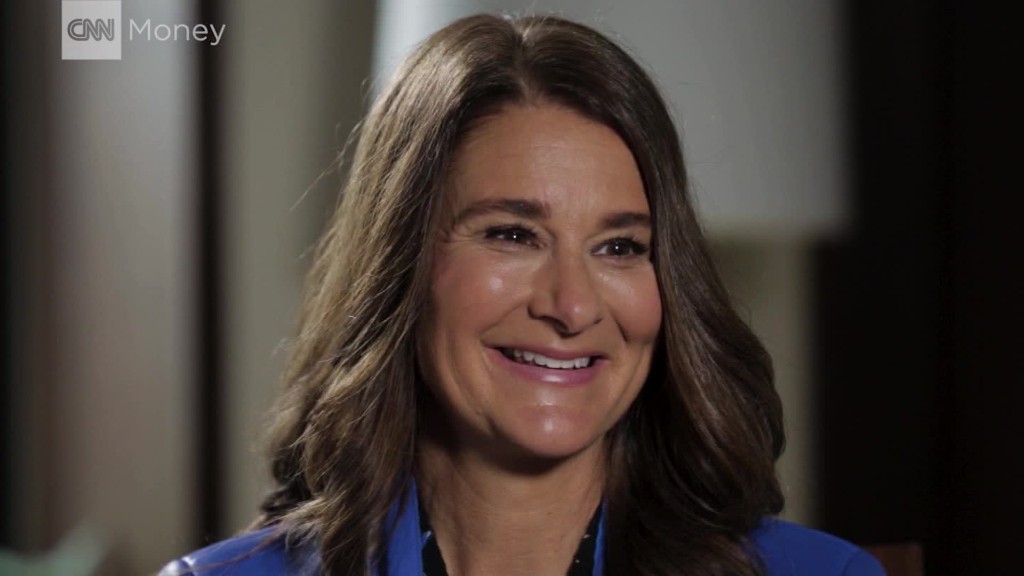 The company officially killed off its Windows Phone line and software in July, due largely to dwindling consumer interest and a lackluster app store. In the first quarter of 2017, Windows Phones’ market share was 0.1%, according to a May report from market intelligence firm IDC.

Now, Gates has presumably put his own device aside in favor of another.

While Gates didn’t say which phone he uses, he said it has “a lot of Microsoft software.”

“So, no iPhone?” Wallace asked.

Apple and Microsoft have been at odds for years. Its fierce competition goes back decades and was often showcased in TV ads, such as Apple’s famous “I’m a Mac” and “I’m a PC” commercials. More recently, Microsoft has gone after Apple customers with products like the Surface Studio intended for designers.

Gates said it’s “great” Apple (AAPL, Tech30) is continuing to do good work, but noted he still uses all Windows-based PCs. In the interview, he praised late Apple founder Steve Jobs, despite their famous rivalry.

“The relationship I had with Steve had every aspect you can imagine. Particularly in the last few years, our friendship — which had always been there — was greatly strengthened as he was dealing with cancer,” Gates told Wallace. “He and I had a lot in common … Steve was a genius. Absolutely amazing.”

He also credited Jobs with helping to spur competition in the sector.

“The competition in the software and IT space that Steve helped foster, it’s phenomenal. And Microsoft’s a big part of that. It’s been a miraculous industry that he and I got to work in,” Gates said.

Separately, Microsoft on Tuesday announced Microsoft Office 2019 will be available in the second half of next year. The big update will have more IT features and server upgrades to improve usability, voice and security, according to the tech giant.