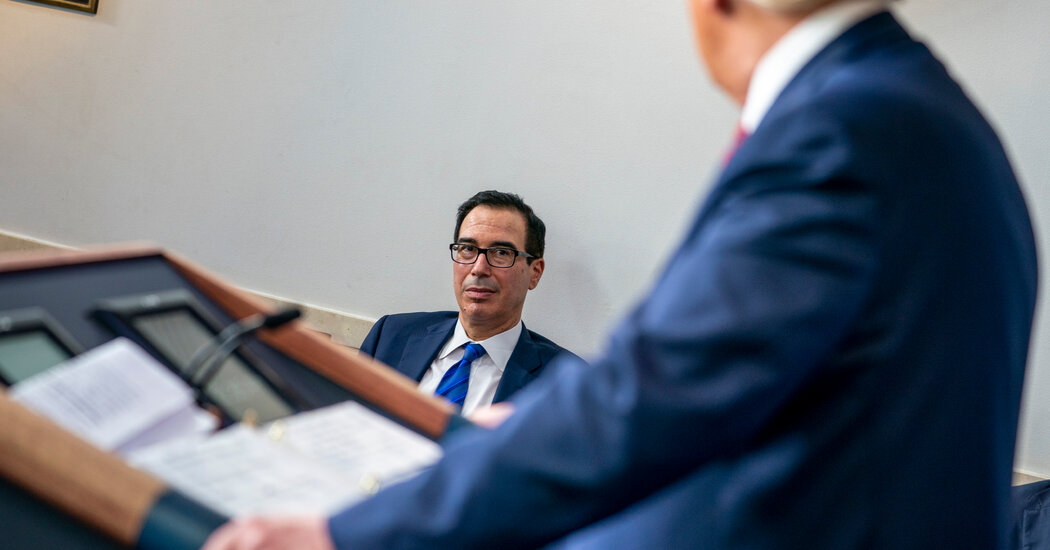 Treasury Secretary Steven Mnuchin said on Wednesday that there had been no progress this week in negotiations with Congress over another economic stimulus package, and accused Democrats of being intransigent for political reasons.

The talks collapsed last Friday, spurring President Trump to roll out several executive actions intended to extend additional unemployment insurance benefits and deter evictions. Since then, the lines of communication between Republicans and Democrats have fallen silent.

“Perhaps they think that any deal is good for the president and that’s why they don’t want to do it,” Mr. Mnuchin said in an interview on the Fox Business Network.

Mr. Mnuchin highlighted federal funding for state and local governments as the most significant area of disagreement. He said the White House was willing to provide an additional $150 billion to states to deal with coronavirus-related costs, while Democrats wanted to give states approximately $1 trillion.

The Treasury secretary said that Democrats believed state economies would not be able to fully reopen in the next two years and that they wanted federal money to help support ailing pension funds and to fill budget shortfalls that states were facing before the pandemic. Mr. Mnuchin argued that most states had not exhausted the $150 billion that was allocated in the previous relief legislation passed in March.

While Democrats are holding out for a larger package, Mr. Mnuchin on Wednesday urged them to consider narrowing the deal to items that they agree on and suggested that Republicans were willing to spend “a little over $1 trillion.”

“We don’t have to do everything at once,” he said.