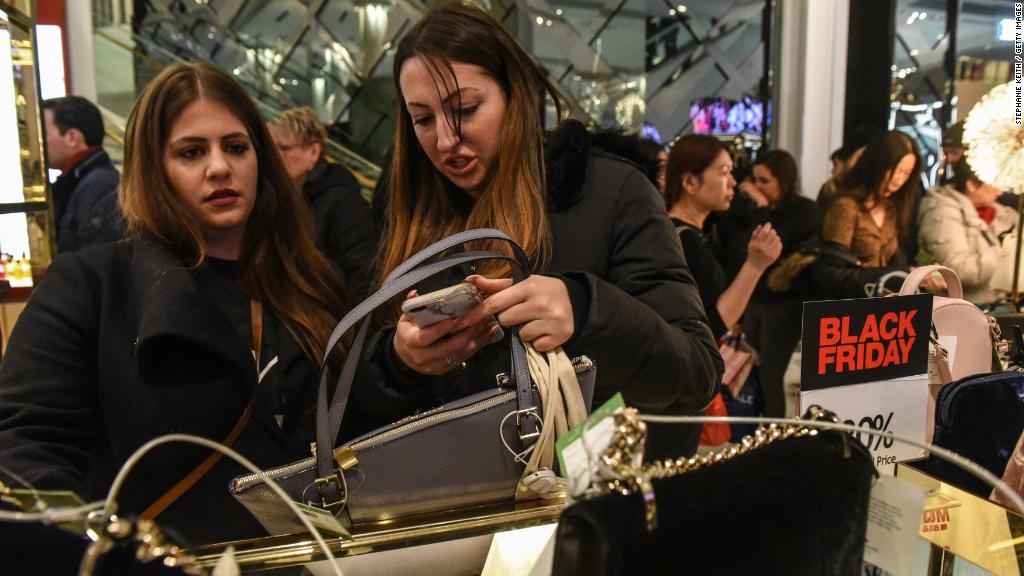 Sears on Thursday reported another massive loss, extending its string of bad financial news that goes back seven years.

Sears Holdings (SHLD), which operates both the Sears and Kmart brands, lost $558 million in the quarter ending last month. That puts it on course for a seventh straight money-losing year. The company has lost $11 billion since it last reported an annual profit in 2010.

The loss in the most recent quarter was actually an improvement from the same period a year ago, when it reported a loss of $748 million. The stock was sharply higher in pre-market trading Thursday following the news.

But sales continued to plunge in the quarter. Sales at Sears stores that have been open at least a year, a closely watched retail measure, were down 17%. At Kmart, same store sales fell 13%. The company started its holiday promotions early this year, putting virtually everything in both stores on sale as of November 1 as it tried to generate sales.

Store closings continued as well. Sears closed another 146 stores during the quarter, which is about 12% of the total it was operating at the start of the period. The company which had operated nearly 3,800 stores as recently as a decade ago is now down to 1,104 stores.

Still the company insisted it is on track with its turnaround plans, despite the falling sales and financial difficulties. It said it reached annual cost savings targets ahead of schedule and was able to recoup more than $270 million in cash through real estate and other asset sales. It used that money to pay down debt, some of it ahead of schedule.

Related: Sears is breaking up with Whirlpool after a century

“We will build on the momentum of our actions to date and be better equipped to support our continued transformation,” said Chief Financial Officer Rob Riecker in prepared comments to investors. “We are increasingly confident in our future.”

However the company was forced to concede earlier this year that there is now “substantial doubt” about its ability to remain in business.

Shoppers’ increasing preference to shop online is part of the problem for Sears, but its problems go far beyond the shift away from brick-and-mortar stores. Big box retailers such as Walmart (WMT) and Target (TGT) have been beating Sears for a number of decades.

But the increasing amount of online shopping has resulted record number store closings across the retail industry this year. And retail bankruptcies are up more than 30% according to Bankruptcydata.com, as there has been a long list of big names chains filing for bankruptcy so far this year, including Toys R Us, Gymboree, Payless Shoes and RadioShack.