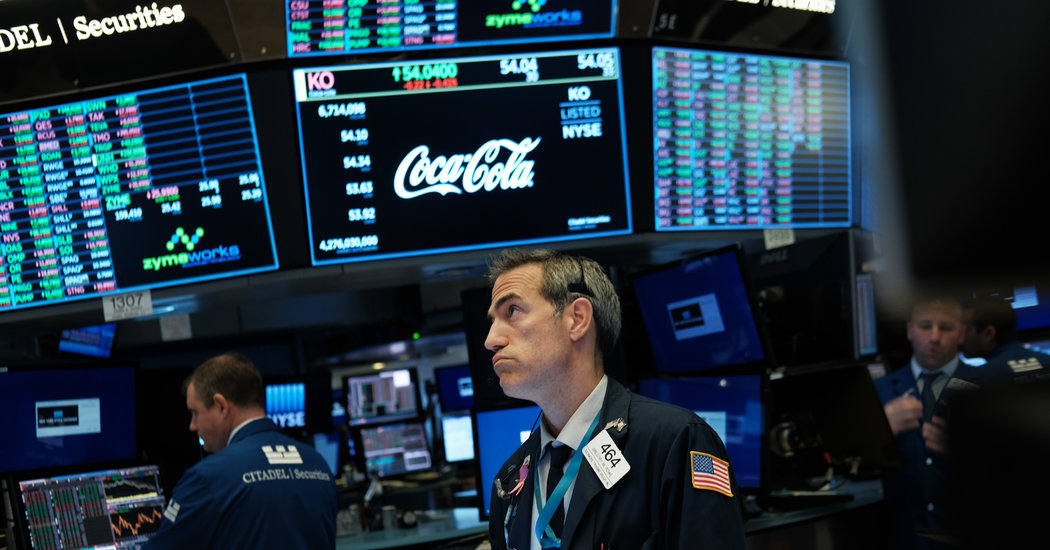 The cost of borrowing surged on Monday in a short-term lending market of more than $2 trillion that Wall Street banks and hedge funds rely to finance their trading.

Borrowers in the market for repurchase, or repo, agreements briefly had to pay an annual rate of more than 4 percent, after weeks of paying just above 2 percent, according to Bloomberg data.

The rate, which in theory should stay closely tied to the short-term interest rates set by the Federal Reserve, typically moves in increments of hundredths of a percentage point, making the change on Monday unusually large. The Fed’s target interest rate is 2 percent to 2.25 percent, and is expected to drop after the central bank meets later this week.

Traders pointed to several technical reasons that could explain the increase, but they were still left wondering what caused such a significant surge.

“I would characterize it as concerning,” said Jonathan Hill, U.S. rates strategist at BMO Capital Markets in New York. “Repo should not be swinging multiple percentage points a day.”

The market for these instruments serves as a vital source of short-term funding for banks and hedge funds, which borrow billions each day at very low rates that fluctuate in part with the amount of money that is available for lending.

Usually these changes go unnoticed. But at times, the repo market has served as an indicator of growing stress in the financial system. During the financial crisis, unexpected changes in short-term borrowing costs provided some of the earliest indication of significant problems on Wall Street, as investors grew leery of lending to prominent financial institutions.

The move on Monday was partly attributed to a few idiosyncratic factors. It was an Internal Revenue Service deadline for quarterly corporate tax payments, and a settlement day for recent auctions of United States Treasury securities. A holiday in Japan also reduced the supply of cash to the market.

Still, the market should have been able to adjust to those factors without a surge in rates.

“It should be a very predictable day for cash being taken out of the system,” said Subadra Rajappa, head of U.S. rates strategy at Société Générale in New York. “But the magnitude of the spike is what is quite surprising.”

Several analysts spotlighted the role of the Federal Reserve as a potential contributing factor to the decline of liquidity in the short-term funding markets.

Since 2018, the central bank had been slowly reducing its holdings of securities, as the bank sought to unwind some of the extraordinary measures it put into place during the financial crisis.

The process, known in financial markets as quantitative tightening, is essentially the equivalent of withdrawing money from financial markets. The central bank ended the process in August, when it also cut interest rates for the first time in a decade to be more supportive of the economy.

Some analysts said that the reduction of that liquidity could be part of the reason that surges in short-term rates have become more common at periods of heavy demand for cash, such as the end of quarters when banks try to keep as much on hand for their quarterly reporting requirements.

The move on Monday could raise the Fed’s effective policy rate, which is reported with a one-day delay. That could in turn prompt the central bank, which meets on Wednesday, to make a technical tweak that will allow it to keep interest rates squarely within its desired range.

It might even need to perform market operations to guide the funds rate lower if it drifts high enough, said Mark Cabana, head of U.S. short rates strategy at Bank of America Merrill Lynch Global Research.