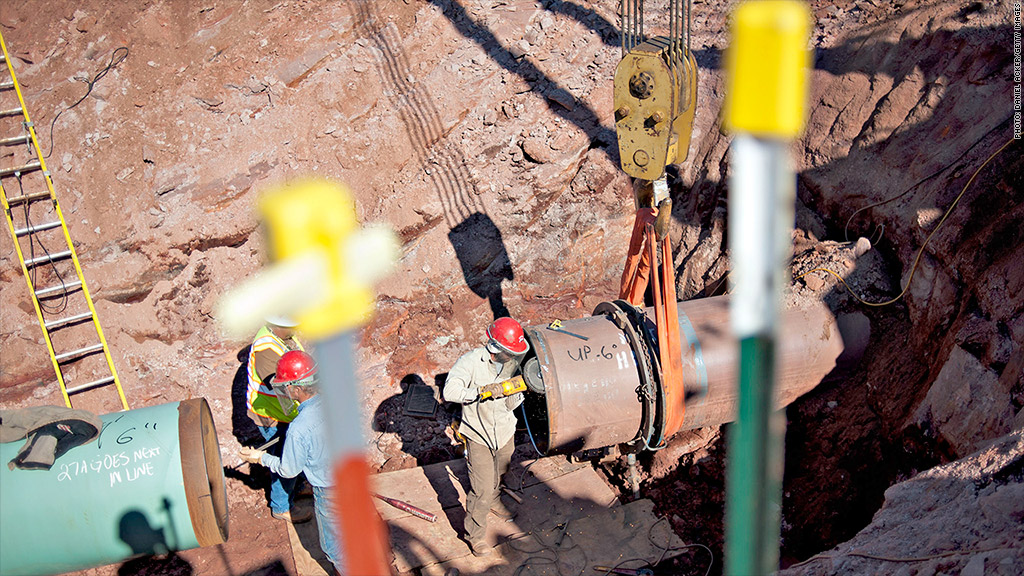 The United States can look forward to many more years of an unprecedented oil and gas boom.

The International Energy Agency predicted Tuesday that a dramatic increase in shale production will transform the U.S. into the world’s largest exporter of liquefied natural gas by the mid-2020s.

Another milestone will be reached soon after: By the late 2020s, the U.S. — which only lifted its ban on oil exports in 2015 — will ship more oil to foreign markets than it imports.

The dramatic shifts envisioned by the IEA in its World Energy Outlook would transform the U.S. from an energy importer into a major player in global markets capable of producing 30 million barrels of oil and gas a day by 2025.

The U.S. surpassed Russia in 2011 to become the world’s top producer of oil and gas, with a current daily output of 24 million barrels. But the expected increase would put the U.S. further into uncharted territory.

It’s a revolution powered by one factor above all others: shale.

“A remarkable ability to unlock new resources cost-effectively pushes combined United States oil and gas output to a level 50% higher than any other country has ever managed,” the IEA said on Tuesday.

Paris-based IEA predicts that U.S. shale oil producers will boost their output by 8 million barrels a day between 2010 and 2025, an increase that “would match the highest sustained period of oil output growth by a single country in the history of oil markets” — rivaling even the massive increase posted by Saudi Arabia between 1966 and 1981.

The expected U.S. surge will account for 80% of the increase in global supply over the time period.

American shale producers have been forced to endure a collapse that sent crude prices from $100 a barrel in 2014 to a low of $26 in 2016. The decline left many producers unprofitable, and tens of thousands of jobs were lost.

But the price crash had another effect: it forced a wave of innovation that has improved shale producers’ productivity and efficiency.

“The U.S. [shale] oil industry avoided the blow by morphing into a leaner, more agile version of its former self; it has since proved remarkably resilient to lower prices,” the IEA said.

The report includes several caveats: While the U.S. will become a major exporter of light crude and refined products, it will remain a major importer of heavier crude oil that is used in many of its refineries.

“Even with the extraordinary move to a net export position, the health of the U.S. energy economy remains intricately linked with those of its neighbors in North America and with choices made by countries further afield,” the group said.

The forecasts are also underpinned by some major assumptions: The report assumes that governments stick to promises they’ve made on energy, including pledges by India and China to move away from fossil fuels.

In the U.S., the report assumes that improvements in fuel economy standards for cars and trucks will help reduce demand for oil. If the standards stay at today’s levels, the U.S. would remain a net oil importer in 2040.

If the assumptions do hold, the U.S. will find itself in a very rare position.

“There are many examples of a country switching from being a net energy exporter to a net importer: it is very rare to see the opposite, especially when the country in question is one of the world’s largest importers of oil.”

“Yet this is precisely what is happening as a result of the U.S. shale revolution — both for oil and for natural gas,” the IEA said.