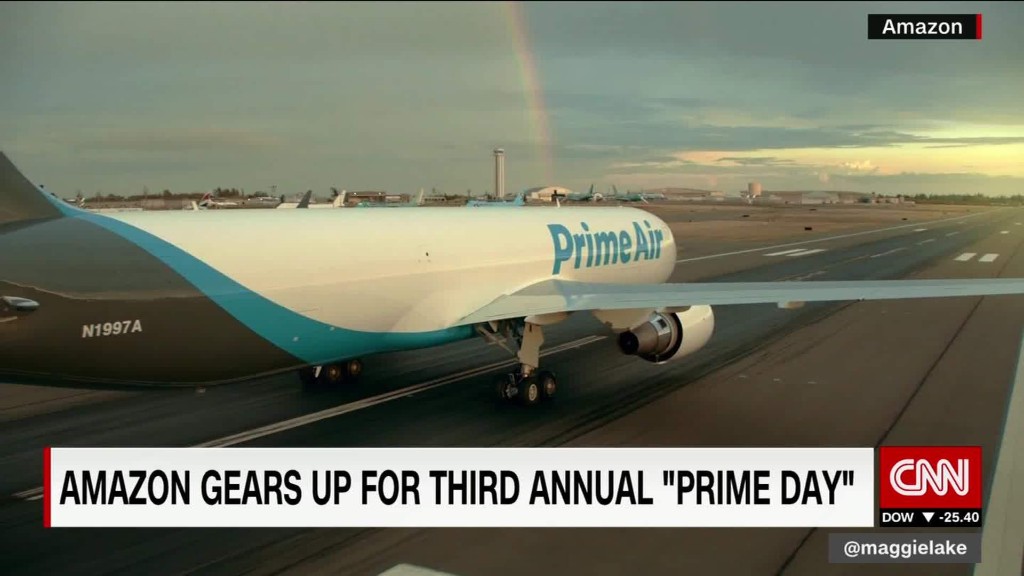 Amazon has a new strategy to win big in India: Prime Day deals and selling food.

The online retail giant brought its annual blockbuster deal bonanza to three countries, including India, for the first time on Tuesday.

It’s the company’s latest move in a prolonged effort to grab more of the South Asian nation’s huge potential market of 1.3 billion people.

Even as it began to rack up Prime Day sales on Tuesday morning, Amazon India scored another big win — the right to sell groceries in the country.

A spokeswoman for the company confirmed that the Indian government had granted it approval for food retail, but did not provide further details.

Amazon currently sells groceries in India through a local partner called Cloudtail India, but the approval will allow it to stock and sell its own food items.

In the more immediate future, however, Amazon is eagerly waiting to see how many Prime Day deals its Indian users will snap up before the special sale ends at 3 a.m. on Wednesday.

Akshay Sahi, head of Amazon Prime India, compared the sale to one of the country’s most popular festivals.

Related: Amazon has an India problem

Prime Day also made its debut in China, a country where the company has long struggled to compete with big local firms like Alibaba (BABA, Tech30) and JD.com (JD).

But CEO Jeff Bezos is clearly focused on China’s southern neighbor — he has funneled massive amounts of money into India in recent years, earmarking $5 billion since 2014 to grow the company’s business in the country.

Sahi told CNNMoney that the number of Prime subscriptions in India has doubled since the start of 2017.

A low price point probably helps. At an “introductory” price of 499 rupees ($8) per year, Indian Amazon Prime users pay less than a tenth of the $99 annual fee the service costs in the U.S.

“We have been humbled by the tremendous response that Prime has received since its launch in India less than a year ago,” Sahi said. “We are super excited to bring Prime Day [here] for the first time.”

The potential boost from its big day of deals could help Amazon further close the gap with its Indian rival Flipkart. The Bangalore-based online marketplace has outpaced its American rival in India, and is looking to increase its dominance by buying other big local players.

Related: Amazon’s bigger rival in India is bulking up

Amazon is steadily using its deep pockets and global tech prowess to increase its foothold in the country, analysts say. The company is reportedly planning to start selling its smart speaker Echo — with the company’s AI-enabled assistant Alexa built in — in India this year.

“Amazon has been doing a number of things in India to solidify its market position including the launch of Prime, Echo and now the Prime Day,” said Sandy Shen, research director at Gartner.

“Flipkart is leading from the market-share perspective but Amazon is leading in technology and innovation.”