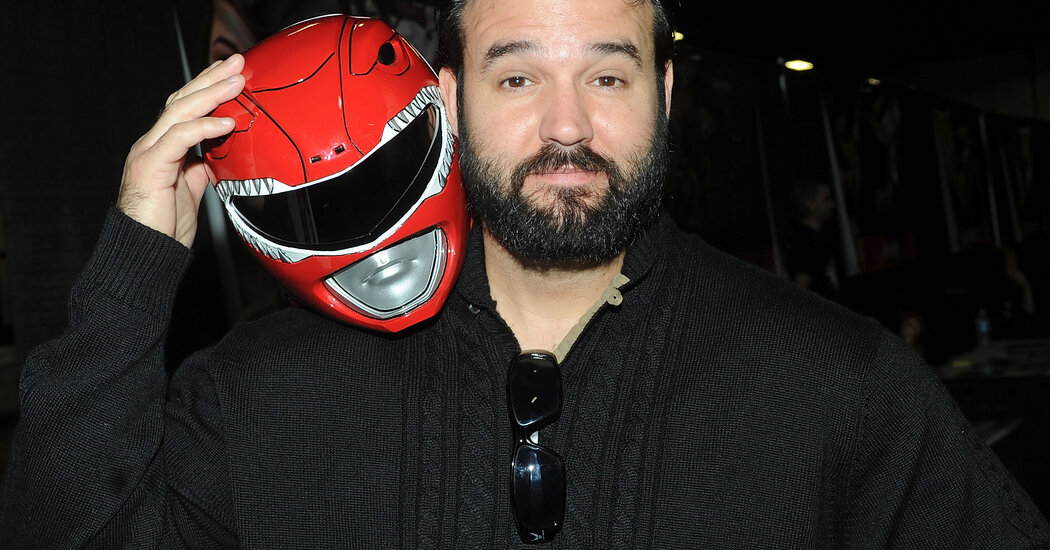 The actor who led a team of teenage superheroes on “Mighty Morphin Power Rangers” has been accused of helping steal millions of dollars from the government’s Paycheck Protection Program pandemic relief fund.

Jason Lawrence Geiger, 47, who played the Red Ranger under the stage name Austin St. John, and 17 others were charged with fraud this week in a Texas federal court over what prosecutors described as a conspiracy to illicitly obtain $3.5 million in P.P.P. loans.

Mr. Geiger and the others he is said to have worked in coordination with used a mix of genuine and sham businesses to obtain loans from the relief program, prosecutors said. According to court filings, they fabricated documents and made false claims about sales and payroll to obtain inflated loans, then spent the cash on jewelry, precious metals and cars.

Mr. Geiger received a loan of $225,754 in June 2020 for his company St. John Enterprises, which sells Power Rangers memorabilia, such as $60 autographed photos and $100 personalized video messages. Instead of using the money to pay workers — the relief program’s intended purpose — Mr. Geiger funneled most of the money to two of his co-defendants, prosecutors said in court filings.

Mr. Geiger was arraigned Wednesday on a single charge, conspiracy to commit wire fraud. The charge carries a penalty of up to 20 years in prison.

“Mr. Geiger intends to vigorously defend himself against this allegation,” David Klaudt, Mr. Geiger’s lawyer, said in a written statement.

A statement posted on Friday on Mr. Geiger’s Facebook page by Zachery McGinnis of Galactic Productions, an event booking service for actors, cast Mr. Geiger as a victim of his business partners.

“The indictment detailed today is populated by a multitude of individuals — the majority of which Austin has no knowledge of, and has never met or interacted with,” Mr. McGinnis wrote. “It is our understanding that Austin put his faith, reputation, and finances in the hands of third parties whose goals were self-centered and ultimately manipulated and betrayed his trust.”

Mr. Geiger fought intergalactic evil on the original “Power Rangers” series that debuted in 1993 and played the Gold Ranger on a later iteration, “Power Rangers Zeo.” He spent 16 years as a paramedic before retiring in 2014, according to a biography posted on St. John Enterprises’ website.

The hurriedly created Paycheck Protection Program deliberately did away with many of the checks and safeguards that normally accompany business loans — creating an opportunity for some unusually brazen thievery. The Justice Department has charged hundreds of people with fraudulently taking billions of dollars from it and other pandemic relief programs.