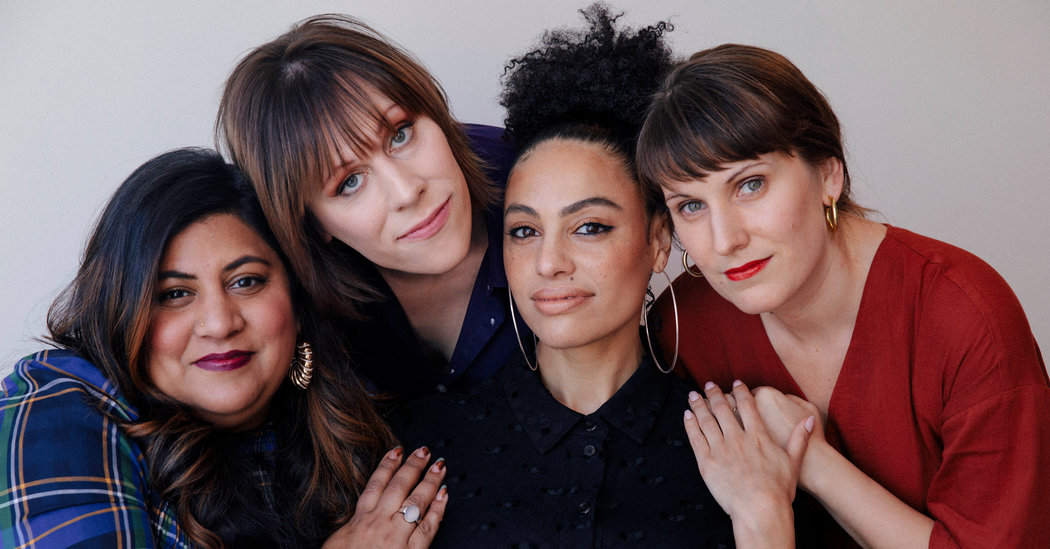 Soon after Anna Holmes took on the job of building the website Jezebel, in 2007, she set it apart from established publications like Vogue and Elle with a post offering $10,000 to anyone who would send in the best unretouched version of a women’s magazine cover photo. And with that, Jezebel had marked its territory: feminist cultural criticism, with an edge.

“It seems quaint now, because there are tons of media outlets influenced by Jezebel,” Ms. Holmes said. “But at the time, there was no proof that it was marketable.”

Within three years, Jezebel had surpassed its sibling publication, Gawker.com, the flagship site of Gawker Media, in monthly page views. Ms. Holmes said she wasn’t fully aware of her site’s success until it was parodied on NBC’s “30 Rock” as JoanOfSnark. “It’s this really cool feminist website,” Liz Lemon, the protagonist played by Tina Fey, says. “Women talk about how far we’ve come and which celebrities have the worst beach bodies.”

In the aughts and the earlier part of this decade, other online feminist publications sprang to life — Feministing, The Hairpin, The Toast and many others — covering everything from paid leave to the Kardashians in a conversational voice that was sometimes rude, sometimes funny and never didactic.

Now many of those sites are dead or dying, and Jezebel is under new management, part of a stable of publications run by the hedge fund-controlled ownership group, G/O Media, that recently set off a staff exodus at the sports site Deadspin. Feminist media has been especially hard hit by the financial turbulence in the news industry.

“It was this amazing moment where we were making careers out of blogging in our underwear. Now it’s not a good time for start-up media,” she said, adding, “I worry that people are afraid to align themselves with publications that are explicitly feminist.”

The gradual collapse has continued into this year. Feministing, an independent blog founded in 2004, plans to shut down in the weeks to come. At its peak, the site had 1.2 million unique monthly visitors, with most revenue coming from ads and reader donations. The co-executive editors, Lori Adelman and Maya Dusenbery, said Feministing helped popularize the term “slut shaming,” ran early interviews with chart-toppers like Lizzo and pushed for coverage of Gamergate, a cybermob that targeted women.

“It was unclear how we could have such a ferocious audience and not be onto something,” Ms. Mukhopadhyay said. “Many of us involved in the feminist blogosphere are now in mainstream media, and that’s exciting. That said, we need independent media because they’re an important check.”

The Establishment, an independent blog focused on gender and race, stopped publishing in April with a farewell post bemoaning the “Sisyphean” difficulty of making money with a site focused on “intersectional feminist media.” In May, Vice Media’s women’s site, Broadly, was folded into the larger Vice brand.

The Hairpin, with recurring features like “Ask a Queer Chick” and “Interview With a Virgin,” shut down last year, as did Lenny Letter, the newsletter and website started by Lena Dunham and her producing partner, Jenni Konner. Rookie Magazine, the diarylike site started by the fashion-blogger-turned-actress Tavi Gevinson when she was 15, also ended its run. XoJane, known for first-person essays like “My Rapist Friended Me On Facebook (And All I Got Was This Lousy Article),” signed off in 2016.

The closings have come at a time when even digital giants like BuzzFeed and Vox have made adjustments to navigate the increasingly turbulent digital media business.

“As the media industry is grappling with different issues, it’s these feminist publications that are shuttered first,” Lindsay Schrupp, the former editor in chief of Broadly, said. “It contributes to the long history of erasing women’s work.”

The Frisky is still around (sort of), but it has lost its old identity under its new owner, Nebojsa Vujinovic, a Serbian music producer. Recent headlines on the site include “Justin Bieber Has a New Tattoo!” and “Meghan Markle and Adele Had a Secret Meeting!” That’s a long way from the mix of political and sharp lifestyle coverage that filled the welcome page before the sale.

Molly Elizalde, the former editorial and creative director of Lenny Letter, said she had recently tried to help a female journalist place an essay, only to realize, “There’s a huge hole.”

To some degree, the sites were undone by their own popularity. Larger media organizations like The New York Times, The Washington Post and Condé Nast took notice of the rising generation of women journalists — and hired them. (The Times hired gender editors in 2017; The Washington Post has a gender columnist and a product called The Lily that is targeted at women.)

And with the rise of the #MeToo movement, the concerns of the scrappy upstarts became the stuff of prizewinning investigations conducted by major news outlets. At the same time, women’s glossies at the big magazine publishers absorbed elements of that voice, a sensibility that also informed television series like “Fleabag” and “Broad City.”

“A lot of these closures were less about any sort of failure and actually about our success,” Ms. Schrupp, the former Broadly editor, said. “These places became so successful at showing women’s experiences as full, real experiences that other companies had to keep up. But it’s sad that they’re the ones who suffer for it.”

Ms. Holmes noted the change that has taken place since the early days of Jezebel, when her use of the word “feminism” in an early memo “set off alarm bells” at Gawker Media, as did her posting of a story on menstruation.

Editors may have also adjusted their view of which stories are right for women’s publications. Stella Bugbee, the editor in chief of The Cut, the popular site that is part of New York Media, said web data shows that a reader interested in beauty products will also click on a political story. So The Cut runs “The Body Politic,” a column by Rebecca Traister, the author of “Good and Mad: The Revolutionary Power of Women’s Anger,” alongside one by Daise Bedolla called “Why Is Your Skin So Good.”

“I don’t think of us entirely as a women’s publication,” Ms. Bugbee said. “My main agenda for The Cut has always been to create an environment where women can hear themselves think, and those thoughts aren’t dictated by gender, necessarily.”

Historically, Ms. Traister said, it “has never blown anyone’s mind” that a newspaper subscriber would be interested in two things at once — say, stocks and sports — because the reader, presumed male, was understood to have varied interests.

“The integration of feminist political commentary and investigative reporting with other stuff, whether it’s fashion or beauty or sports, is part of a necessary expansion of the mainstream media to include women as full human beings,” Ms. Traister said.

Hanna Rosin, a co-founder of Slate’s DoubleX vertical, described Jezebel and other early women’s blogs as “lady spaces where people get rowdy.” That rowdiness, Ms. Rosin said, has largely been traded for the landmark investigations published by large publications able to afford the cost of having reporters and editors focus on a single story for months at a time. She cited the articles on Harvey Weinstein in The Times and The New Yorker as “earth-shattering,” adding that they were made possible thanks to the “coming of age” of women’s media.

But some journalists from the early wave worry that the voice of the feminist blogs has been diluted on its way to the mainstream.

“I remember The Washington Post started this women’s blog and it was in lipstick font,” said Jessica Valenti, who co-founded Feministing with her sister, Vanessa Valenti. She was referring to a site called She the People that the Post started in 2012 whose logo had a lipstick underline. “I was like, ‘Ugh, this is what happens when mainstream publications try to take on an insurgent young thing.’”

Julianne Escobedo Shepherd, the current editor in chief of Jezebel, concurred, saying, “There’s an edge that feminism brings to coverage. And it naturally will get softened when it’s no longer run by the feminists it’s targeting.”

Despite the recent shutterings, the particular voice of the feminist blogs has not disappeared. The godmother of them all, Bust, started as a ‘zine by Debbie Stoller and Laurie Henzel in the Riot Grrrl days, is hanging in there 26 years after its founding. The magazine’s motto — “For women with something to get off their chests” — sums up an ethos that seems unlikely to die, no matter what troubles come for the media industry.