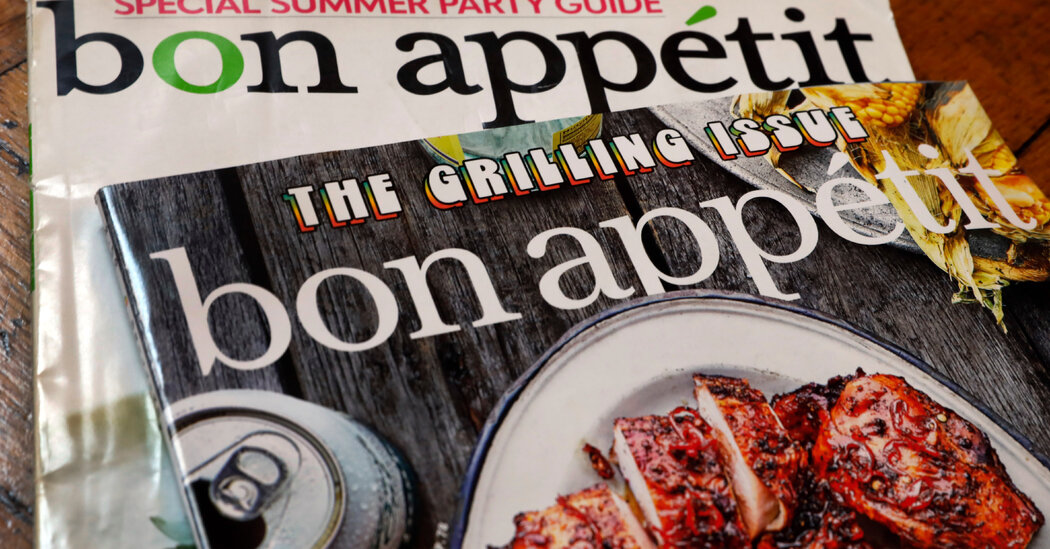 Two months after Bon Appétit’s top editor resigned under pressure amid complaints of racial insensitivity, three journalists of color said they would no longer participate in the magazine’s popular video series.

Two of the journalists accused Condé Nast, the magazine’s parent company, of failing to offer them pay that was commensurate to that of their white colleagues.

The three journalists, Sohla El-Waylly, Priya Krishna and Rick Martinez, announced their decisions Thursday in statements on their Instagram accounts.

“After five weeks of contract negotiations,” Mr. Martinez wrote, “it is clear that I will not get a fair pay rate nor will I get a comparable number of appearances to my colleagues in the test kitchen. Nor would anyone share with me the specifics of the diversity and inclusivity initiatives in video that they claim to be working on.”

The three indicated that they have not left the magazine, whose masthead lists Ms. El-Waylly as an assistant food editor, Ms. Krishna as a contributing writer and Mr. Martinez as a contributing food editor. (“Contributing” workers at Condé Nast are contractors, rather than staff employees.)

Bon Appétit’s previous editor in chief, Adam Rapoport, left Condé Nast in June after workers at the magazine complained of an entrenched culture of racial insensitivity and boorish office behavior. He stepped down soon after a 2004 photo showing him wearing a racially insensitive costume resurfaced on social media.

Two days later, Matt Duckor, Condé Nast’s head of programming, who oversaw video for Bon Appétit and other titles, also resigned, after an online petition called for his removal, accusing him of overseeing a “discriminatory system that paid white editors at Bon Appétit for their video work, while their nonwhite editors received nothing.”

In meetings with employees in June, Condé Nast’s chief executive, Roger Lynch, and its artistic director, Anna Wintour, pledged that the company would emphasize diversity efforts in the future. Mr. Lynch specified that the choice of a new Bon Appétit top editor would show the company’s commitment to being more inclusive.

The search for a top editor is ongoing. On Thursday the company announced that Sonia Chopra, previously of the food site Eater, would help lead Bon Appétit as its executive editor, a position she is scheduled to start on Aug. 24.

“Sonia’s energy and expertise connecting content across platforms is unmatched and will drive the continued success of Bon Appétit and our food brands,” Ms. Wintour said in a statement.

Ms. Krishna, one of the three journalists who left Bon Appétit’s video series, said in her statement on Thursday that the recent assurances from the company concerning fair pay had turned out to be “all lip service.”

“The contract I received was nowhere near equitable,” she added, “and actually would potentially allow for me to make even less than I do currently.”

A spokesman for Condé Nast said in a statement: “We pay all our employees fairly, and in accordance with their role and experience. Our pay practices are in line with industry standards. To suggest that we are paying individuals differently based on race, gender or any other reason simply isn’t true.”

Bon Appétit has been a significant part of the company’s online video operation. Its test-kitchen videos have minted internet stars and attracted more than six million subscribers. The magazine has not posted a new test-kitchen video since June 5.