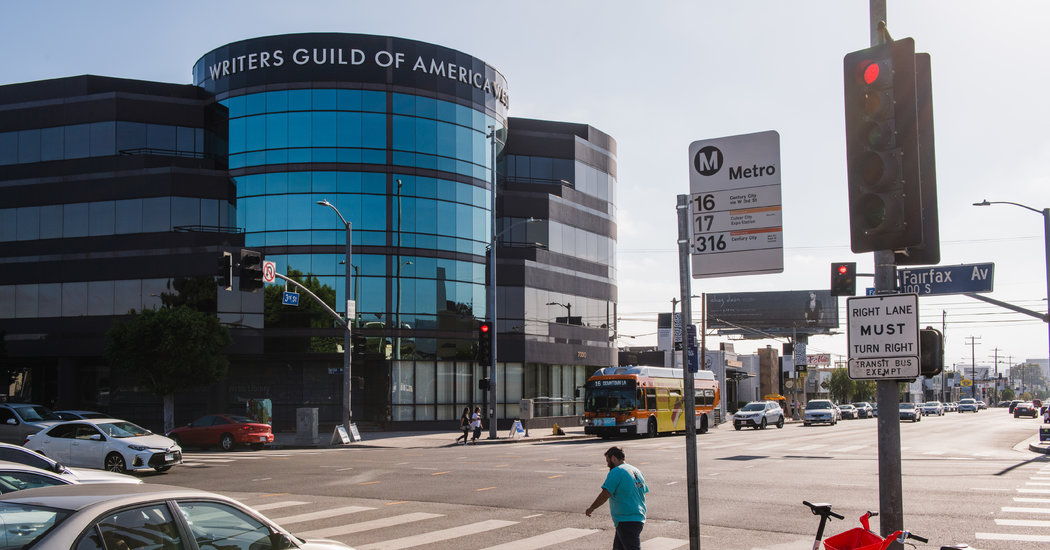 Two months after some 7,000 television and movie writers fired their talent agents en masse, the legal fight between the two sides escalated on Monday.

William Morris Endeavor, one of the four major Hollywood agencies, filed a lawsuit in a California federal court, arguing that the affiliated unions that represent the writers had engaged “in an unprecedented abuse of union authority.” It also called the writers’ decision to cut ties with their representatives “an unlawful group boycott.”

The lawsuit came about after the latest round of talks between the two sides collapsed last week. It was the first time that the big agencies have gone on the offensive in court against the writers’ unions.

In a packaging deal, agents may sell TV or film projects with the main players in place — writer, director, star — all of them plucked from an agency’s client roster. In putting together such deals, agents forgo the usual commission paid to them by individual clients, instead taking payment from a studio.

That practice was allowed under the Artists’ Managers Basic Agreement, which regulated the dealings between agents and writers for more than 40 years. While renegotiating that code of conduct this year, the writers’ unions argued that packaging drove down writers’ compensation and prevented agents from fulfilling their fiduciary duty.

The four major agencies disagreed. In a filing in the Federal District Court for the Central District of California on Monday, lawyers representing William Morris Endeavor went after the unions members’ decision to cut ties with their agents, saying that it was in violation of antitrust laws. The agency also accused the guild of intimidating its members into the mass firing and inducing lawyers and managers to act as agents, which, the firm claimed, is illegal.

As recently as June 7, there was hope for peace. But last week, the writers rejected a new proposal from the agents, setting the stage for the response from William Morris Endeavor.

It has been business as usual in Hollywood, more or less, over the last two months. Television shows have managed to staff up for the 2019-2020 season. And megadeals have continued to make news as the rise of streaming puts big-name writer-producers in demand — like the $500 million multiyear contract J.J. Abrams is negotiating with Warner Media.

But how long can the entertainment business go on as normal in an environment where those who come up with the ideas are not on speaking terms with those who have traditionally helped bring their work to the screen?

A few writers have expressed frustration with union leaders, questioning the hard-line approach. At the other end of the labor fight, one relatively small talent agency, Verve, agreed to the terms the writers have demanded.

For the most part, however, both sides have held firm.

In their April lawsuit, the writers called packaging a gross conflict of interest and illegal. Separately, they have also criticized the agencies’ recent entry into the content business, with the creation of affiliated studios of their own — another conflict of interest, in the writers’ view. To bolster their argument, they said their wages had declined, despite the fact that there were more television shows than ever, now that Netflix, Amazon and Apple have come to town, hungry for content.

In the lawsuit filed on Monday, William Morris Endeavor hit back.

“The reality is that agency packaging and content affiliates provide significant benefits to writers who (used to be able to) exercise their freedom of choice to take advantage such of practices,” the complaint said. “In the words of W.G.A.’s leadership, the boycott to enforce their unlawful bans is nothing more than a ‘power grab’ masquerading as a legitimate exercise of union authority.”

The Writers Guild of America West responded by saying in a statement, “There is no merit to WME’s lawsuit, and the guild will not be bullied into a bad deal.”

Winston & Strawn — an international law firm that has represented the National Basketball Association players union in disputes with the league — is working on behalf of William Morris Endeavor.

Creative Artists Agency responded to the guild’s lawsuit earlier month by saying that the union did not have standing to sue in the first place. The other two major talent agencies — United Talent Agency and ICM Partners — are expected to file their responses in the coming days.

In a video recording last week, after the failed talks, David A. Goodman, the president of the Writers Guild of America West, seemed to prepare his members for a long battle ahead.

“This campaign now enters its next phase, where each individual agency, alone, will have to decide if it intends to represent writers or justify its existence without them,” he said. “They will, in response, do everything in their power to make each of us feel as if we are alone, but we’re not. That is what it means to be a guild. We are not alone.”