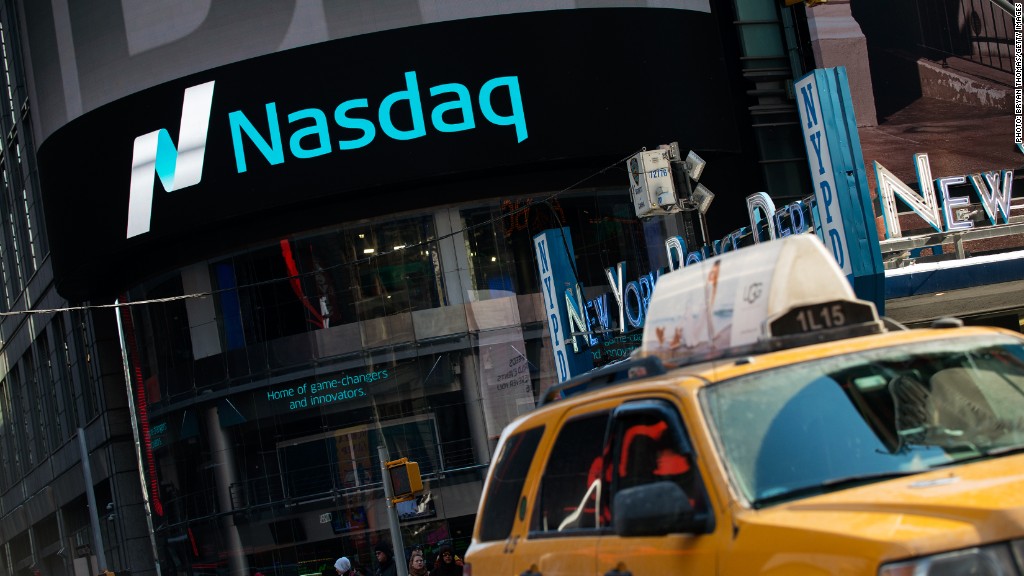 The post-election rally on Wall Street, often referred to as the Trump rally, may not actually need the Trump agenda to survive.

But six months into his presidency, Trump has failed to enact that aggressive economic agenda. His administration has been mired in political scandals, Republican control of both chambers has devolved into infighting, and general gridlock persists in Washington.

Despite the tumult and inactivity, the stock market keeps smashing records — the Dow Jones, S&P 500 and Nasdaq each hit an all-time high this week.

So why isn’t Wall Street freaking out about Trump’s troubles? Investors may have already dialed back their bets on Trump’s ability to deliver sweeping tax reform or huge tax cuts, analysts say.

“I’m not convinced that the bull market depends all that much on tax reform,” said Ed Yardeni, president of investment advisory Yardeni Research. “The reality is the economy doesn’t really need stimulus. It’s already doing remarkably well — despite Washington,” he said.

The stock market has been kept afloat — and nudged even higher — not by Trump, but by a Goldilocks backdrop of steady economic growth, low unemployment, strong corporate profits and historically low interest rates. Plus, the global economy, led by Europe, has finally started to gather momentum.

The U.S. unemployment rate at 4.4% now hovers just above its lowest level since 2001. First-quarter earnings grew at their fastest rate since 2011, and analysts expect solid numbers from the second quarter. Corporate profits, the real driver of stock prices, look healthy, too.

Of course, Wall Street is still paying attention to the drama in Washington. Stocks briefly dropped on July 11 after Donald Trump Jr. tweeted an email chain about his meeting with a “Russian government attorney.” The market similarly dipped on Thursday after Bloomberg News reported that Special Counsel Robert Mueller, who has been investigating possible collusion between the Trump campaign and Russia, had expanded his investigation to the president’s businesses.

“The administration has proven to be unusually dysfunctional and Trump is evidently not the dealmaker he claimed to be,” Paul Ashworth, chief U.S. economist at Capital Economics, wrote in a report this week.

That’s why Wall Street no longer seems to be banking on massive tax cuts.

Just look at how the obvious winners of tax cuts — companies that pay high taxes — have performed. Goldman Sachs created a basket of “high tax” stocks like CVS Health (CVS) that initially spiked after November 8, but now trade at lower levels than before Trump’s election.

“The optimism that was expressed by the market has mostly evaporated,” said Mark Luschini, chief investment strategist at Janney Capital.

The waning enthusiasm can also be seen in the performance of the U.S. dollar, which soared after the election but slumped this week to the lowest level since last August.

Investors seem to have come to the realization that rewriting the corporate tax code would be incredibly complex. At least one analyst said companies will battle like it’s “The Hunger Games” over certain provisions.

“One person’s loophole is another’s business model and entrenched interests will fight to the death,” Chris Krueger, senior policy analyst at Cowen Washington Research Group, wrote in a recent report.

The White House released a one-page tax proposal in April calling for the top tax rate for all businesses to plunge from 35% to just 15%, which would create windfall for many companies. Trump also proposed a one-time tax holiday to encourage U.S. companies to bring back some of the $1.3 trillion they have stashed overseas.

But it’s anybody’s guess about how far those proposals will advance amid the current political climate.

Even though Wall Street isn’t relying on tax cuts, failing to get them through would likely have an impact.

“There will be disappointment, but no reason for a bear market,” said Sam Stovall, chief investment strategist at CFRA Research. He said a failure on tax cuts could trigger a pullback of more than 5%, or maybe even a “mild” correction of greater than 10%.

On the flip side, if Trump does pull off big tax cuts, it could reignite the bull market by significantly boosting corporate profits.

Given the unpredictability of today’s political environment, investors would be wise to take a wait-and-see approach.

“We watch Washington, but we’re not making any moves in anticipation. Wait for it to come to fruition and then readjust,” said Brian Peery, a portfolio manager at Hennessy Funds.