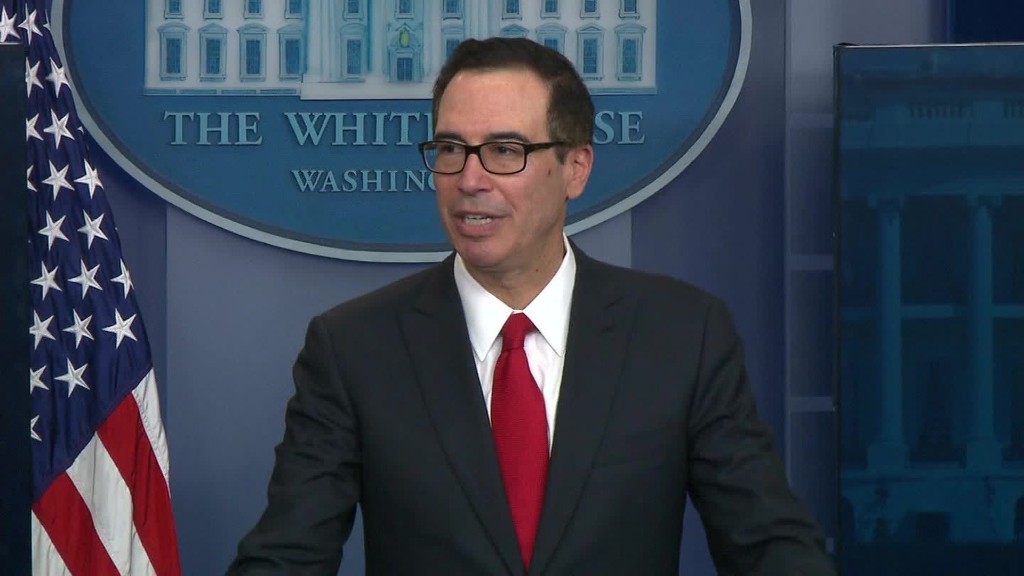 Cutting corporate taxes will be good for the middle class. That’s a promise Treasury Secretary Steven Mnuchin has made in his pitch for business tax reform.

“By making the business tax code more competitive … they’ll have better, higher paying jobs,” Mnuchin said at a Senate budget hearing when asked what the administration’s tax plan would do for the middle and working classes.

The theory is if Congress cuts corporate tax rates and reforms business taxes, that will boost investment in the United States, which in turn will create jobs and better wages.

Given the globalization of business, and the fact that other countries have been lowering their corporate rates, “it’s more important than ever that the United States lowers its rates to remain competitive and not lose investment and jobs to foreign competition,” Sullivan said.

But, he added, it’s hard to say just how much, if at all, a corporate tax cut might help average Americans for many reasons.

How much of a cut directly affects workers?

For starters, there’s an ongoing debate about just how much of the corporate tax burden is actually borne by workers through lower wages and fewer jobs.

Mnuchin has publicly asserted that they bear 70% of it, but that is at the high end of estimates out there, Sullivan noted.

The Joint Committee on Taxation estimates that workers bear only 25%.

And Treasury’s own Office of Tax Analysis in 2015 put the number even lower, at just 19%.

What’s more, any effect on working Americans from a corporate tax cut could take years to be fully realized. The JCT measures it over a decade. And a lot of other things can happen in the intervening years that undercuts the potential benefits.

How low will the rate be?

Another factor influencing whether the middle class — or indeed anyone — would benefit from a corporate tax cut is how low the new rate would be. If it’s not significantly lower relative to other countries, it’s unlikely to be very competitive, muting its potential to boost investment and growth.

Right now, the average top U.S. corporate rate is north of 38% once state taxes are factored in. Meanwhile, the average for OECD countries is under 24%.

At the same time, some G-7 countries — France, Italy and the United Kingdom — already have more rate cuts on tap in the next few years, with the U.K. aiming for a 17% rate by 2020, said Peter Merrill, a principal at PwC’s Washington National Tax Services practice, at a panel discussion held by Tax Analysts and the American Bar Foundation.

Will Congress pay for tax cuts?

A big factor determining how low the U.S. corporate rate can go is whether Republicans will opt to offset the revenue loss from a tax cut. Some want to. Others don’t.

If they choose to pay for it, the top rate may not come down nearly as much as many want because it will be hard to find agreement on ways to make up for such a big drop in revenue.

And if they choose not to pay for it, the lower rate would expire after a decade because of a Senate rule governing Republicans’ ability to pass tax reform with a simple majority vote. But temporary tax cuts aren’t great for growth.

“Businesses would not be able to make many long-term investment plans knowing that the tax cut they received may only be temporary,” noted Kyle Pomerleau, federal projects director at the Tax Foundation.

If Congress can’t cut the corporate rate enough to be competitive, or decides not pay for a corporate tax cut, that may undermine not only a promised benefit for the middle class, but for U.S. corporations and the economy too.