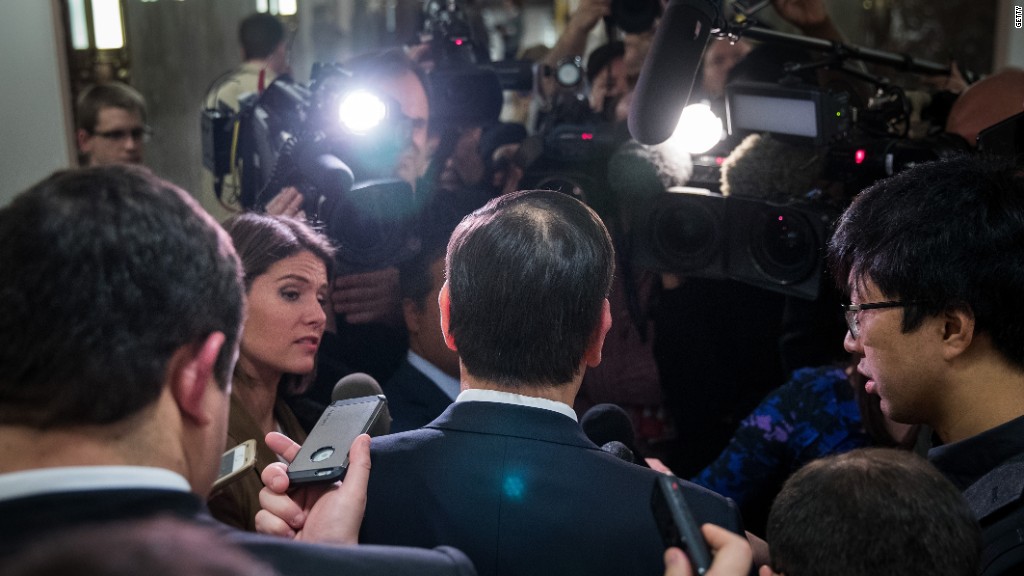 Inch by inch by inch, the Trump administration is rolling back press access, which means less information for the public.

And lack of accessibility is only half the problem. Lack of accuracy in official statements is a big issue too.

CNN’s senior White House correspondent Jim Acosta was channeling other reporters on Monday when he threw this hands up in the air and said the administration is “stonewalling.”

The president’s anti-media defenders may support the administration’s approach, but it’s hard to justify the rollback in accountability. It’s not just the White House, either: the State Department and the Pentagon have all but stopped holding on-camera briefings, too.

Ask yourself: do you want to know more or less about what Trump, his aides and his allies are doing? If you’re a Trump supporter and you’re OK with him doing it, how would you feel if this were a Democratic administration?

“This isn’t about us” as journalists, “it’s about public’s right to get answers from the government,” Julie Pace, the Washington bureau chief for the AP, tweeted Monday night.

This isn’t exclusive to the executive branch. There are heightened concerns about legislative branch secrecy as well.

Republican leaders are crafting the Senate version of a bill to replace Obamacare behind closed doors, essentially preventing the press from informing the public about what’s in a law that would affect tens of millions of people and a major segment of the economy until the last minute before a vote.

“I have covered every major health bill in Congress since 1986. Have NEVER seen anything like this,” Julie Rovner, the chief Washington correspondent for Kaiser Health News, said last week.

Back at the White House, briefings are getting shorter and taking place less often. Now there are reports that press secretary Sean Spicer will eventually leave the podium, but there’s no word on who will replace him.

If you feel like you haven’t seen Spicer in a while, that’s because most of this month’s briefings have taken place off-camera. While past administrations have sometimes held similar off-camera sessions, Trump’s press shop has been doing it more often.

Earlier this month the White House took another step backward and forbid TV and radio networks from broadcasting the audio from off-camera briefings.

The upshot? Spicer’s dodges, gaffes, and non-answers are not heard by the public.

On Tuesday, Spicer will be holding an on-camera briefing — his first in eight days.

“It just feels like we’re slowly but surely being dragged into what is a new normal in this country, where the president of the U.S. is allowed to insulate himself from answering hard questions,” Acosta said Monday.

Many of the press shop’s answers aren’t really answers at all. Transcripts of recent briefings show dozens of “I don’t know’s” and “I’ll get back to you’s.”

Again, this isn’t unique to the Trump administration, but it’s much more pronounced nowadays.

On Monday Spicer said he still didn’t have answers to some of the questions that journalists have been asking for weeks, like “does the president believe in manmade climate change?” and “is he secretly recording conversations in the Oval Office?”

Spicer pushed off the tapes question, saying the president would “probably” answer it “by the end of this week.”

While the president frequently opines via Twitter, he rarely fields questions from journalists.

His last national interview was more than five weeks ago, shortly after he fired FBI director James Comey. He usually declines to answer when reporters shout questions during photo ops.

By almost every measure, the Trump White House has reduced transparency about the workings of government. Trump reversed the Obama administration’s policy of releasing White House visitor logs, for example.

The rollback is even visible on the main White House web site, which contains a lot less information than it did during the Obama years.

Obama’s press shop had its own shortcomings, as did the Bush White House before it. But instead of one-upping their predecessors by offering more transparency, opening the door more widely, the Trump White House has been closing the door.