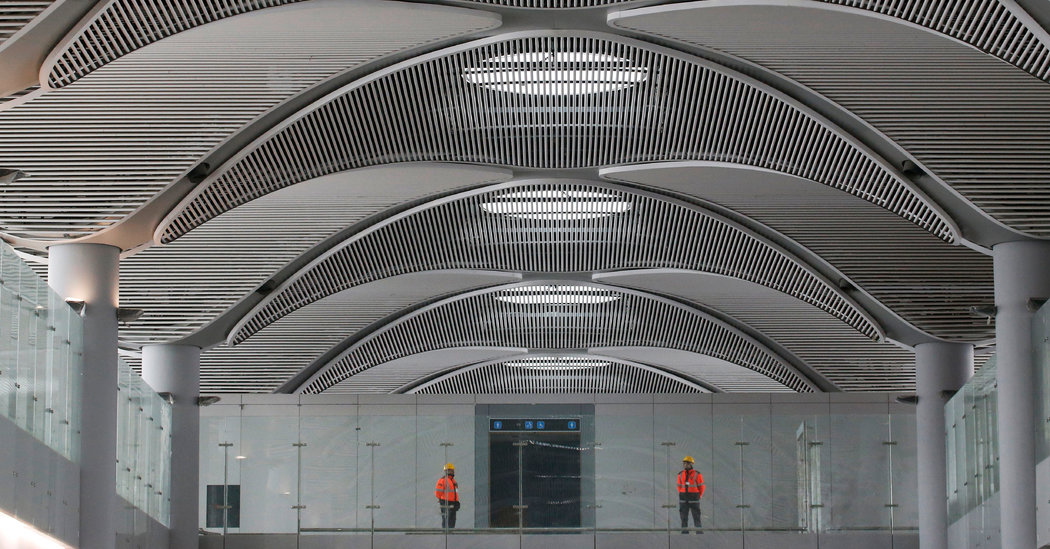 On Wednesday, the lira rebounded to 6 against the dollar from its recent low of 7.2, helped by steps the Turkish government took this week to limit sales of lira for dollars, and a reported promise by the emir of Qatar to invest $15 billion in Turkey.

Regulators also took an unusual step to help troubled banks, suspending the requirement that banks book losses on the value of their plummeting securities.

Global markets were shakier, though. Emerging market currencies, especially the South African rand, the Russian ruble and the Mexican peso, were down sharply against the dollar. European banks with exposure to Turkey, like BBVA in Spain, UniCredit in Italy and BNP Paribas in France sold off as well.

Predicting an emerging market crisis — and the extent to which such a blowup will trigger a wider financial rout — can be hazardous. In 2014, during the so-called Taper Tantrum, investors took out more than a trillion dollars from the likes of Brazil and India, fearing an eventual rise in interest rates in the United States. Stock markets in the United States and Europe shuddered, then resumed their upward march. Those who fled eventually returned to these markets, lured by the promise of rich returns in what continued to be a low-interest-rate world.

And in the 21 years since Thailand’s economy went bust — the last genuine case of emerging market contagion — these countries have all dramatically reformed their economies. They have accumulated cash cushions to deploy in case of an assault on their currencies and aggressively fought inflation by raising interest rates. Central bankers, finance ministers and even politicians have become seasoned pros in terms of responding to the effect of capital rushing in and out of their economies. Brazil and Mexico, for example, are two countries that have, through a combination improved policies and proactive steps to fight inflation, drawn investor plaudits.

Jan Dehn, the head of research at Ashmore Investment Management, a large investor in emerging market bonds, contends that the chance the virus in Turkey spreads widely is minimal. He said that in the past decade, most of the large developing markets have established robust local institutions, such as pension funds, that have become the main buyers of corporate and government debt — in their own currencies. That means when fretting foreigners sell their bonds, domestic institutions can step in and buy them, preventing a selling frenzy from becoming something worse.

“This development has broken the link between fickle outflows and economic catastrophe,” Mr. Dehn said. “Before, a country could collapse if there were outflows — even if it did nothing wrong. That is not true anymore.”