Shares of The Gap Inc. (NYSE: GPS) tumbled on Wednesday along with other apparel retailer stocks. While positive retail sales data from the U.S. Census Bureau painted a rosy picture for clothing sellers, the severe negative reaction to Macy’s (NYSE: M) second-quarter report seems to be knocking down other retailers. Gap stock was down about 5.1% at 3:45 p.m. EDT.

The Census Bureau reported a 6.4% year-over-year sales increase for clothing stores in July. That positive data didn’t help shares of Gap, though. Instead, a disappointing report from Macy’s that sent that stock plunging about 15% may have investors second-guessing apparel retailers. 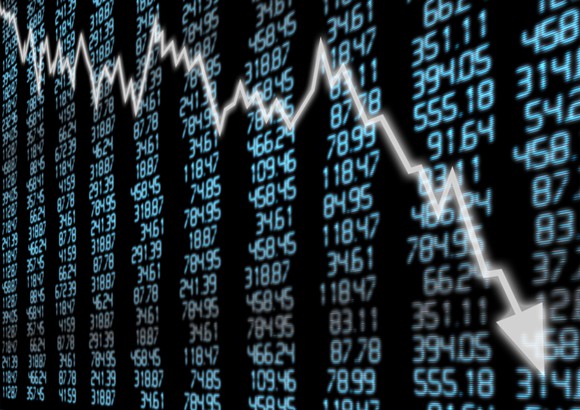 Macy’s beat analyst estimates for both revenue and earnings, but the company warned about margin pressure for the remainder of the year. Shares of Macy’s have soared over the past year on turnaround hopes, but investors got a bit of a reality check on Wednesday.

Gap stock has also performed well over the past year, up about 35% even after Wednesday’s plunge. That performance is despite continued problems for its namesake Gap brand. Gap stores suffered a 4% decline in comparable sales in the first quarter, while both the Banana Republic and Old Navy brands enjoyed increased sales. Overall, the company grew comparable sales by 1%.

Shares of Gap have very nearly doubled since bottoming out in mid-2016. Investors may be starting to rethink whether those gains are justified.

Gap is scheduled to report its second-quarter results after the market closes on August 23. With such a strong retail sales report, weak results could hammer the stock further. The company reported mixed first-quarter results in May, with earnings coming up short as it cleared out some inventory. A repeat performance could send the stock lower.

10 stocks we like better than Gap
When investing geniuses David and Tom Gardner have a stock tip, it can pay to listen. After all, the newsletter they have run for over a decade, Motley Fool Stock Advisor , has quadrupled the market.*

David and Tom just revealed what they believe are the 10 best stocks for investors to buy right now… and Gap wasn’t one of them! That’s right — they think these 10 stocks are even better buys.