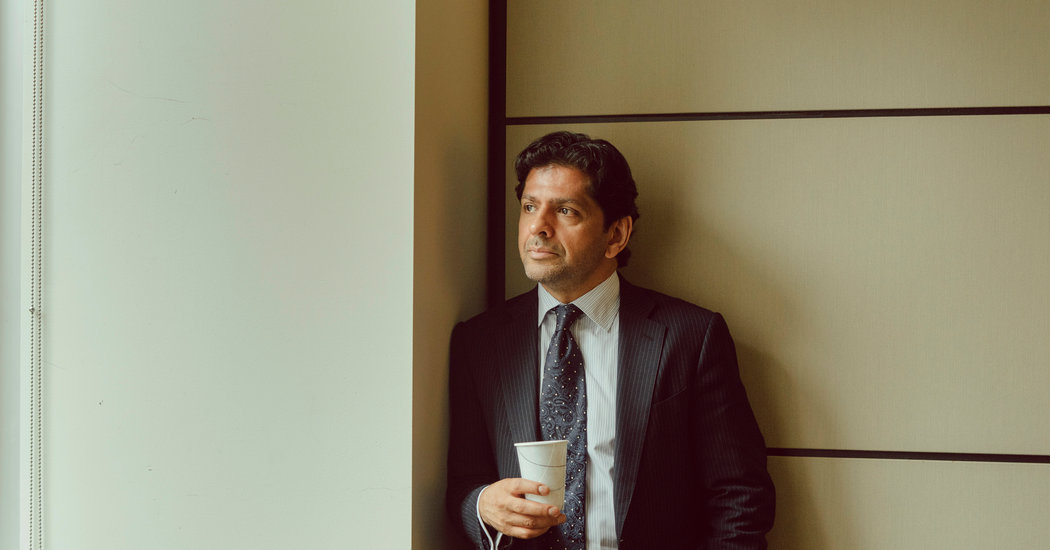 When Donald J. Trump was elected president in 2016, some people, many of them Democrats, talked about renouncing their United States citizenship and moving abroad as a political protest. But now, a different group of Americans say they are considering leaving — people of both parties who would be hit by the wealth tax proposed by two senators seeking to oppose Mr. Trump in his race for re-election, Elizabeth Warren and Bernie Sanders.

Wealthy Americans often leave high-tax states like New York and California for lower-tax ones like Florida and Texas. But renouncing citizenship is a far more permanent, costly and complicated proposition.

Many who do so to save on taxes and free themselves from American financial regulations and filing requirements are also making a larger statement.

“America’s the most attractive destination for capital, entrepreneurs and people wanting to get a great education,” said Reaz H. Jafri, a partner and head of the immigration practice at Withers Worldwide, an international law firm. “But in today’s world, when you have other economic centers of excellence — like Singapore, Switzerland and London — people don’t view the U.S. as the only place to be.”

Immigration lawyers said the numbers would be higher if embassies had the staff to accommodate the volume of requests. David Lesperance, a Canadian immigration lawyer living in Poland who specializes in helping American citizens expatriate, said many embassies around the world had backlogs in making appointments.

“The current reality is that an American who wants to renounce needs to first book an appointment in a processing system that has reached capacity — as evidenced by the significant backlogs in the granting of interview slots,” Mr. Lesperance said in an email. “In fact, the backlogs have grown so bad (up to and sometimes over a year) that most of the U.S. missions no longer publish the appointment date information online and haven’t been doing so since the system appeared to reach capacity a few years ago.”

Once that appointment is secured, the process seems to have sped up. Mr. Jafri said he had clients who waited over a year for the letter confirming they were no longer American citizens. Now, he said, that letter can come in two weeks.

“Somewhere in the system, the decision has been made to issue these more quickly,” he said. “We haven’t seen any slowdown in renouncing.”

Now many inquiries are also coming from younger entrepreneurs upset about the political situation in the United States and from people who want to operate their businesses overseas and not be subject to American financial reporting requirements.

“That younger person is also thinking of it as impact citizenship, like impact investing,” Mr. Jafri said. “They don’t want to be American. They’re not happy with how we’re perceived overseas.”

There are also businesspeople who either don’t want to be subject to I.R.S. scrutiny or believe that the annual Report of Foreign Bank and Financial Accounts has become too time-consuming or costly.

“I’ve never seen this before,” Mr. Jafri said. “People used to say, ‘If so-and-so becomes president, I’m moving to Canada.’ Well, no one did.”

But now, the price may be right to leave. While the cost of expatriating varies depending on a person’s assets, the wealthiest are betting that if a Democrat wins next year, leaving now means a lower exit tax.

For anyone with assets below $2 million or an average salary over five years of about $165,000, there is no exit tax. For everyone else, the exit is calculated on a person’s assets, as if they were sold on the day of expatriation. Someone with a portfolio of appreciated stock, for example, would be taxed at the capital gains rate.

Where it gets tricky is when people own private businesses that have to be valued. Even if they’re not selling the business, they have to come up with tax money to pay the I.R.S. But as with the tax on estates, there are ways to reduce the value of the business, including the argument that a closely held family business lacks marketability.

Mr. Jafri said he had a client who just paid a $58 million exit tax, though it had been 40 percent higher before a valuation company took various deductions.

The wealthy who are considering renouncing their citizenship fear a wealth tax less than the possibility that the tax on capital gains could be raised to the ordinary income tax rate, effectively doubling what a wealthy person would pay, Mr. Lesperance said.

“I have a client, a relatively young guy, who made a lot of money as a founder and is just not bullish on the U.S. long term, but the thing that is getting him to lock in and renounce now is he did the numbers,” he said. “He said if the least of the Democratic plans come in — taxing capital gains like ordinary income — it makes sense to renounce now.”

Regardless of wealth, anyone looking to give up their American citizenship needs to have fully complied with all tax forms for the past five years. That is one of the main stumbling blocks, said Jerald David August, chairman of the international taxation and wealth planning groups at the law firm Fox Rothschild.

“The prototype is a U.S. citizen living overseas who is tired of paying worldwide tax twice,” Mr. August said. “The specter of this five-year look back and the awareness there wasn’t total compliance can be intimidating. I’ve had situations where clients, after they’ve been fully advised, have decided not to push forward with an expatriation.”

Had they done so, without having spotless tax returns, they could have been forced to amend tax returns or, worse, be audited for tax evasion.

Even if their returns are compliant, any money they leave to their children who are still citizens will be subject to a 40 percent inheritance tax.

“If someone never stepped foot in the U.S. and died and left $100 million to someone’s children who moved to the U.S., the children wouldn’t pay the tax,” Mr. August said. “But if they left with $10 million, the U.S. retains jurisdiction to tax the person who migrated.”

Those who leave also need to consider their reputations since the Treasury Department publishes a list of people who are expatriating.

When Eduardo Saverin, a founder of Facebook who was born in Brazil but educated in America, renounced his United States citizenship shortly before the social network went public, he was criticized for avoiding taxes. But his spokesman said he had been living in Singapore for several years. Either way, several estimates said that renouncing his citizenship before Facebook went public saved him $700 million in taxes.