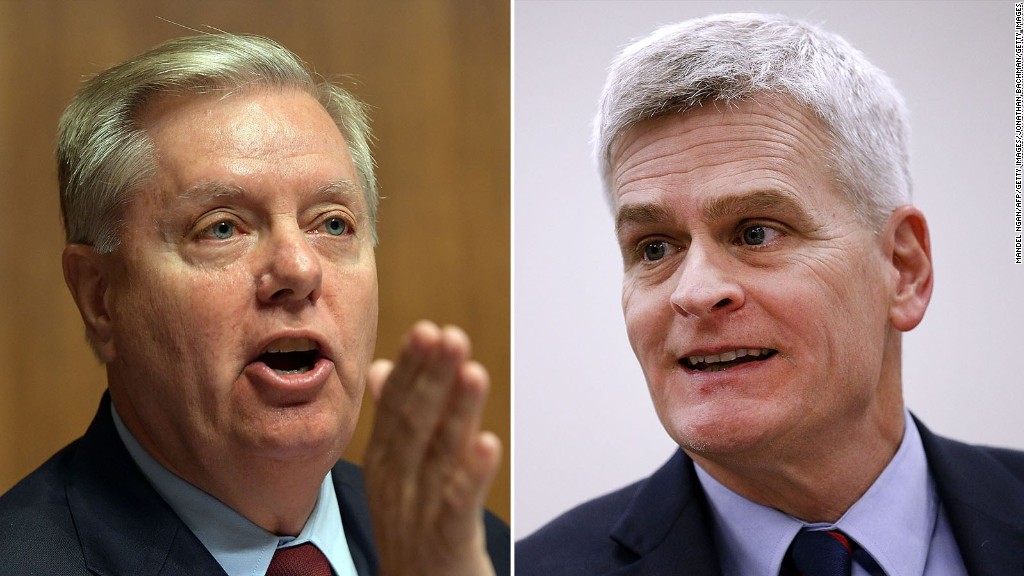 Republican senators’ latest attempt to repeal Obamacare could be the most far-reaching of GOP efforts this year.

Senators Lindsey Graham of South Carolina and Bill Cassidy of Louisiana last week released a bill that would eliminate or overhaul major sections of the health reform law. The duo had been trying to garner interest in earlier versions of their bill for months, but hadn’t gotten much traction.

Now, however, Republicans likely have only two weeks left to use their 2017 budget reconciliation bill as a way to dismantle Obamacare with a simple majority in the Senate. The Graham-Cassidy bill is the only repeal effort left on the table, coming even as a bipartisan Senate committee is working on legislation to stabilize the Affordable Care Act.

The Congressional Budget Office said Monday it may take several weeks for it to release an analysis of the Graham-Cassidy bill so it remains to be seen how many fewer people could be insured under it or what the impact on premiums may be.

Here’s what’s in the bill:

Repeal Obamacare individual and employer mandates: Obamacare levies penalties on most Americans who don’t have health insurance and larger employers who don’t provide affordable coverage for their workers. The bill would eliminate the penalty, retroactive to 2016.

The legislation would turn the federal funding for Medicaid expansion and the subsidies into a block grant program. States would be given a lump sum of money and would have a lot of leeway over how to spend it.

For instance, they could help enrollees pay their premiums and out-of-pocket costs or set up high-risk or reinsurance pools to help protect insurers from costly enrollees and entice them to stay in the individual market. States could use a portion of money to help those enrolled in Medicaid afford care.

Graham and Cassidy say that this provision would return power to the states and allow them to create programs that fit their residents’ needs. Also, it would equalize Medicaid funding across the states. The bill’s authors note that four states get 37% of Obamacare funding.

But Democrats and consumer advocates say that many states, particularly those that expanded Medicaid, would lose a lot of federal funding, making it harder for them to provide coverage or assistance to their residents. Also, they note, the block grant is only authorized through 2026, jeopardizing the continuation of funding after that.

Loosens Obamacare’s regulations regarding pre-existing conditions: The bill would also waive several key Obamacare protections for those with pre-existing conditions. While it would still require insurers to provide coverage to everyone, it would allow carriers to charge enrollees more based on their medical history. So younger, healthier folks could see their premiums go down, but sicker Americans could find themselves priced out of policies.

The legislation also would eliminate Obamacare’s essential health benefits provision, which mandates insurers cover an array of services, including hospitalization, maternity care, prescription drugs, mental health and substance abuse services. This could lower premiums somewhat and give consumers a wider choice of plans. But it would also make it harder for people to buy comprehensive policies so those with pre-existing conditions may not be able to find coverage that meets their health care needs.

Related: Democrats scramble to rally troops for another Obamacare fight

Revamps funding for Medicaid overall: The legislation would send the states a fixed amount of money per Medicaid enrollee, known as a per-capita cap, starting in 2020.

States could also opt to receive federal Medicaid funding as a block grant for the non-disabled adults and children in their program. Under a block grant, states would get a fixed amount of federal funding each year, regardless of how many participants are in the program.

Either per-capita caps or block grants would limit federal responsibility, shifting that burden to the states. However, since states don’t have the money to make up the difference, they would likely either reduce eligibility, curtail benefits or cut provider payments. The block grant would be more restrictive since the funding level would not adjust for increases in enrollment, which often happens in bad economic times.

Allows states to institute work requirements for Medicaid: States would now be able to require adult Medicaid recipients to work. The disabled, elderly and pregnant women would be exempt, however.

Permits everyone in the individual market to buy catastrophic plans: Obamacare only allows those under age 30 to buy catastrophic policies, which usually have higher deductibles and fewer benefits. This legislation would allow anyone to buy these plans starting in 2019.

Repeals a handful of taxes: The bill would repeal the tax on over-the-counter medicine, health savings accounts and medical devices, a levy unpopular on both sides of the aisle. But it keeps in place Obamacare’s taxes on the wealthy, health insurers and others.

Defunds Planned Parenthood: In keeping with longstanding Republican beliefs, the legislation prohibits federal funding for Planned Parenthood. But the restriction is only for a year, beginning when the bill is enacted.