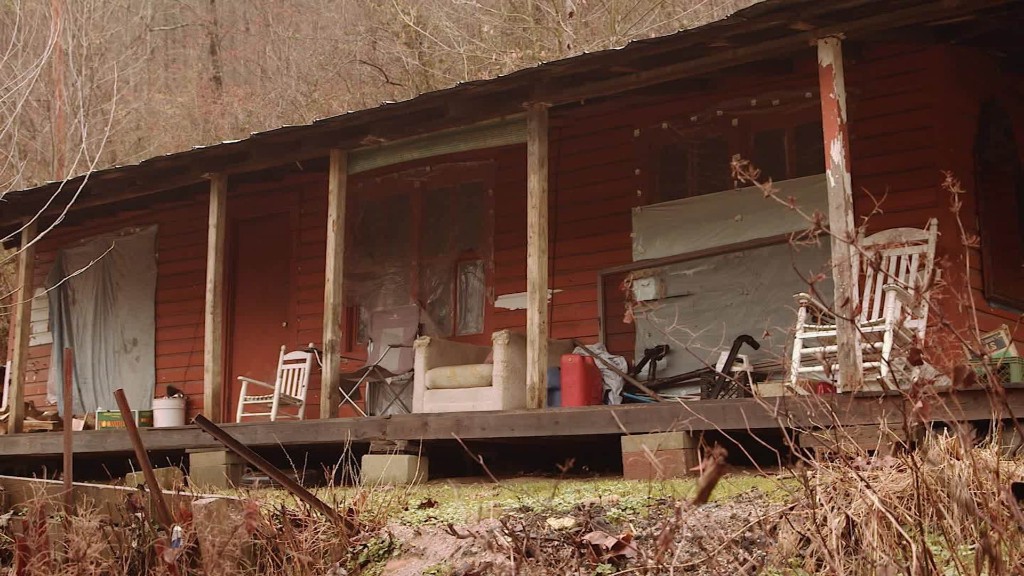 The American Dream is no longer a house with a yard. It’s a stable paycheck.

By and large, Americans can find jobs today. But too often those jobs have wild swings in pay. A mechanic, for example, might earn $3,500 one month and then drop to around $1,000 the next, when customers don’t materialize.

The working poor and, increasingly, the middle class are in a state of “persistent anxiety” about their finances, says Jonathan Morduch, the co-author of a groundbreaking new book, “The Financial Diaries.”

President Trump tapped into exactly this deep economic unease during his campaign. He solution is to get more people working. He promised to create the most jobs of any U.S. president. It’s a herculean goal, but even if Trump manages it, it probably won’t be enough.

The reality is a lot of Americans who have jobs are still suffering. The authors of “The Financial Diaries” followed 235 lower and middle income U.S. families for a year, tracking every dollar they earn and spend. They found that the classic advice to work hard and “save, save, save” just doesn’t pan out when so many families face several months a year where they are plunging into poverty, even if they have a job — or two.

“This idea that people are misspending money, or are lazy, it’s crazy,” says Morduch, a New York University Professor of economics and public policy. He argues that America desperately needs better protections for hourly workers and a stronger safety net that can quickly help lower middle class families that fall into poverty for a few weeks or months of the year.

The Trump administration appears to be doing the exact opposite. Trump has proposed slashing funding for key safety net programs, and he has rolled back some Obama-era protections for federal contract workers.

How people go from middle class to poverty

Morduch was stunned by what he found when he closely monitored and interviewed 235 families. Most were working multiple jobs and not overspending at all. In fact, many were actually good savers. It’s just their savings was almost always eaten up during the year to cover a “bad month.”

He opens the book with Becky and Jeremy, an Ohio couple in their 30s with four kids. Jeremy is a mechanic who fixes the big trucks that crisscross America’s highways. Trucks are far more likely to break down in the winter or summer. In those months, Jeremy makes as much as $3,400 a month after taxes. That translates to a healthy $40,000 income, after tax.

But his hours and pay crash during the spring and fall. One month it fell to $1,200. That puts his family below the poverty line. He and his wife had to borrow money from relatives and leave some bills unpaid, which wracks up more debt and stress.

At the end of the book, Jeremy is offered a job with lower total income for the year, but it guarantees a 40-hour work week with a stable paycheck. He takes it, and he and his wife rejoice.

“The basic story is you’ve got lots of workers who have hourly schedules and those schedules aren’t consistent,” says Morduch. That’s true of waiters, dealers in casinos, grocery store clerks and fast food workers at Chipotle, McDonald’s and other chains.

Americans are desperate for more stability

The real life stories in “The Financial Diaries” are backed up by a growing body of research and polling data.

A 2015 Pew poll asked Americas whether they “would prefer to have financial stability or to move up the income ladder.” An astonishing 92% chose security over higher pay.

Morduch found a similar result. At the end of the year when he asked the 235 families the same question, 77% chose stability. Most, like Jeremy and Becky, were desperate for more consistent checks so they could plan their lives instead of constantly having to worry if the paychecks would go back up after a tough patch.

It might be tempting to dismiss “The Financial Diaries” as a small sample that isn’t representative of America, but the country’s largest bank found the exact same thing. The JPMorgan Chase & Co. Institute studied a random sample of 100,000 Chase bank accounts in 2015. There were huge swings in how much money people were earning one month versus the next.

“Volatility was even greater on a month-to-month basis than on a year-to-year basis,” JPMorgan found. Some of that was due to months when families received tax refunds or a holiday bonus, but a lot of it was from fluctuations in pay, as “The Financial Diaries” chronicles in detail.

“The typical household did not have a sufficient financial buffer,” JPMorgan concluded.

A lot of American families are on a “rocky road,” Morduch finds. A simple way to help them is to require employers to let workers know their work schedules at least two weeks in advance, instead of changing it up last minute.

He also cautions that the working poor often turn to credit card debt or payday loans to get through the rough times. They need better options than that.

“We saw so many people get into trouble with credit card debt,” he says.