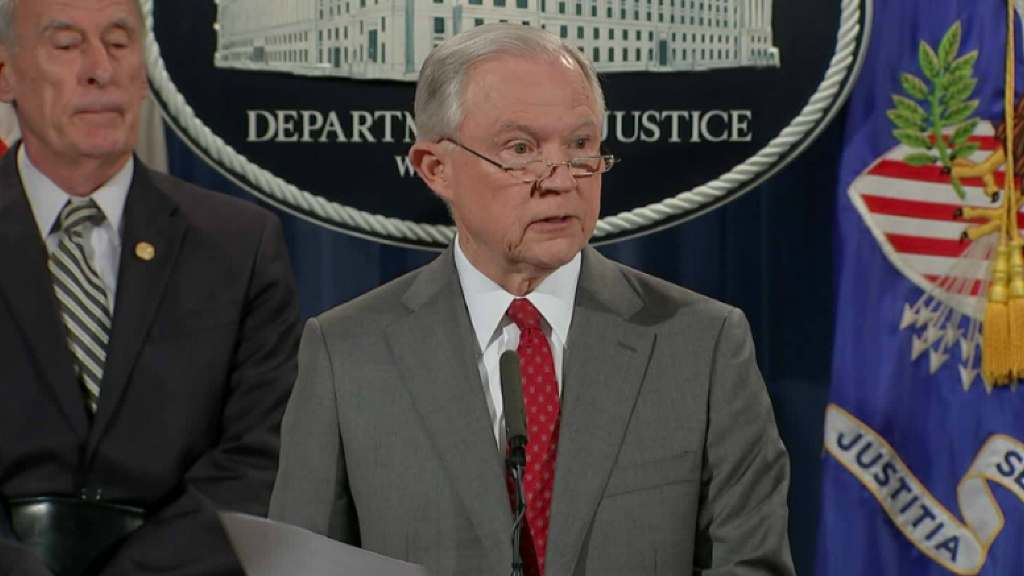 The move comes as the Justice Department ramps up efforts to crack down on leaks of classified information. Since January, Sessions said, the DOJ has “more than tripled the number of active leak investigations.”

The existing guidelines, which were put in place under Attorney General Eric Holder in 2015, provide broad protections from subpoenas and government monitoring for all journalists engaged in “newsgathering activities.” Those agreements were reached after years of negotiations between media organizations and the Justice Department following a string of controversial moves by the FBI that targeted journalists.

Sessions did not say Friday what specific changes his department is considering, nor did he take any questions.

“Without specifics, it’s hard to know how far along they are or what they actual impact will be on reporters,” Bruce Brown, the executive director of the Reporters Committee for Freedom of the Press, told CNNMoney. “We just don’t have any sense of what he’s thinking about.”

“The current guidelines reflect a great deal of good-faith discussion between the news media and a wide range of interests from within the Department of Justice, including career prosecutors and key nonpolitical personnel,” Brown said in a statement. “They carefully balance the need to enforce the law and protect national security with the value of a free press that can hold the government accountable to the people.”

Some members of the media questioned whether Sessions actually intended to make changes or was simply making a show of force to appease Trump, who has railed against leaks, both legal and illegal.

“If DoJ media source threat is real (I assume it’s not; just a show presser to please WH) then I look forward to ignoring that subpoena,” Chuck Todd, the NBC News political director and moderator of “Meet The Press,” wrote on Twitter.

Maggie Haberman, the New York Times political reporter, tweeted that Friday’s announcement was “a way for Sessions to demonstrate loyalty/purpose to Trump, increase the leak hunts [and] blame the press.”

Still, media concerns about the government’s treatment of the press remain fresh after a series of controversies during the Obama administration.

In 2013, the FBI came under fire for tapping the phones of Associated Press and Fox News journalists, as well as for listing Fox News correspondent James Risen as a co-conspirator in a leak investigation. It was only after years of negotiations with media organizations and the Reporters Committee that the Justice Department released new guidelines limiting its ability to subpoena journalists and providing new protections for reporters.

Those guidelines were further strengthened in 2015 to protect reporters engaged in all “newsgathering activities,” ostensibly meaning that the Justice Department could not subpoena reporters for doing their jobs. The Department also reversed its decision to call Risen to testify.

But the Trump administration’s frustration with leaks threatens to upend those guidelines.

On Friday, Sessions said America was suffering from a “culture of leaks” and warned that anyone who leaked classified information would risk prosecution.

“It’s vital for the intelligence community to know that the Department of Justice is committed to investigating and prosecuting these referrals,” the Attorney General said. “When few investigations take place, criminal leaks may occur more often and a culture of leaking can take hold.”

“So today, I have this message for our friends in the intelligence community,” he continued. “The Department of Justice is open for business, and I have this warning for would-be leakers: Don’t do it.”