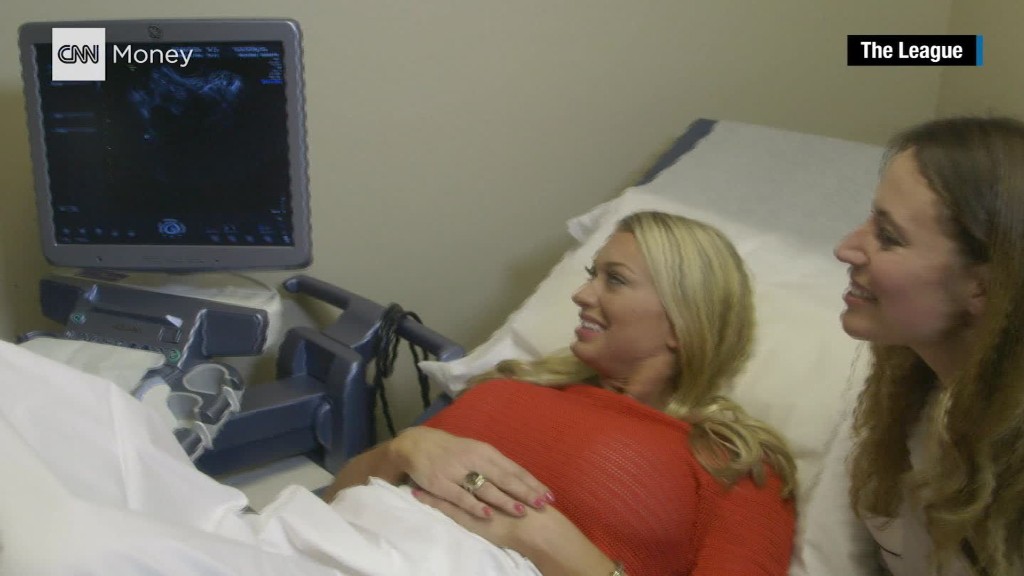 Last year, Jenna Gilfoil underwent three rounds of egg freezing, procedures that can cost up to $10,000 each — and didn’t see a single bill.

When she accepted her job as vertical marketing lead at Facebook, she considering the benefits package as major plus to the position. It included something that factored heavily in her decision: the company covers egg freezing for female employees.

“It’s something I was looking for in an employer, so it was a no-brainer to me, given that it can be somewhat of an emotional roller coaster,” she said. “So just knowing that piece would come off of my shoulders, not having to share the financial burden — that was incredibly appealing to me.”

And just six months after she joined Facebook (FB, Tech30), she began asking questions about the process at Pacific Fertility Center, part of the Prelude network. Prelude is one of several egg freezing companies — other names include Extend Fertility or Carrot Fertility — that offer women the chance to stop the biological clock.

Related: The benefits women really want in a workplace

Facebook is one of several companies offering female employees full financial assistance for egg freezing. Other tech giants like Google (GOOG) and Apple (AAPL, Tech30) have included coverage in their benefits package, too.

“There’s a myriad reasons [women are] not ready to have kids,” she says. “And it seems to me that proactive companies that value their female workforce are saying, ‘Well, what benefits would resonate or matter to them, as a competitive advantage for our company?’ and you’re seeing this happen as a result of that.”

Gilfoil says she appreciated her company’s help because it alleviated some of her stress about planning a family into her 30s. And without bringing that stress into the workplace, she felt she was a better employee.

“I’m a firm believer that if you are fueled outside of work you’re going to be fueled inside of work as well,” she says. “For me it was really just important to not have that piece weighing on me as I was getting older.”

But for some women, they see egg freezing as yet another benefit they’d gladly swap for things like equal pay, flexible hours or more vacation time.

Accoring to Ursula Mead, founder of InHerSight, some of these benefits could be “a little more flash than they are substance.”

But Gilfoil says when she was first launching her career 10 years ago, freezing her eggs wasn’t something she was even considering — let alone something that she thought would be important to her as she weighed the pros and cons of a job. Now, she jokes that she should open her own egg freezing consulting business to field her friends’ questions and walk them through the process.

“I know friends here at FB who have done it, friends outside of FB who’ve done it — this is something that’s like more an insurance policy than anything,” she says. “It takes that pressure off the table.”