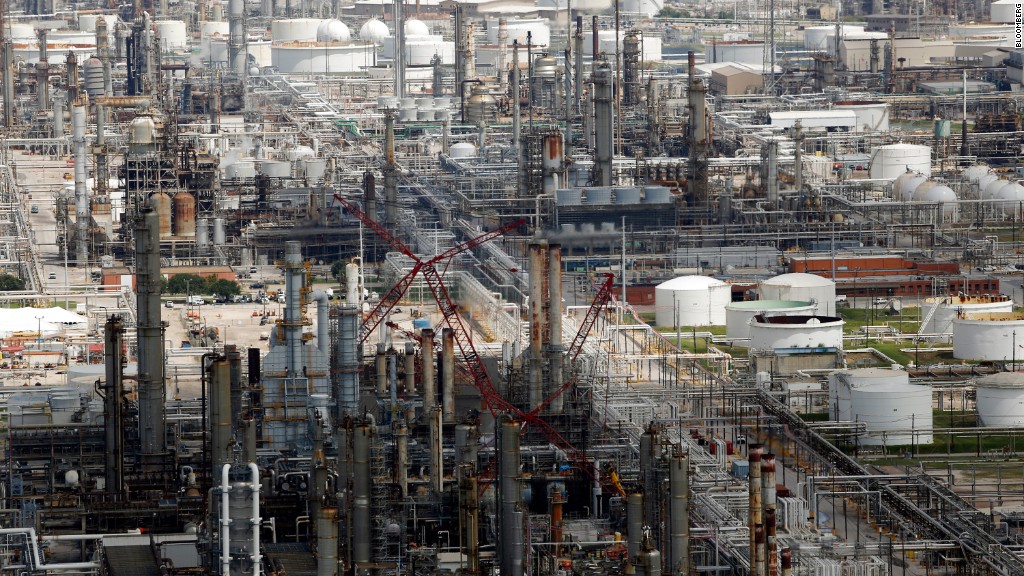 The U.S. government has several levers it can pull to ease the pain at the pump caused by Hurricane Harvey.

Historic flooding in the U.S. Gulf Coast has sparked fears of a gasoline shortage caused by refinery outages, port closures and pipeline shutdowns. Nearly one-quarter of the nation’s refinery capacity has been knocked offline by Harvey, according to S&P Global Platts.

The Trump administration responded on Thursday by authorizing two releases totaling 1 million barrels of crude oil from an emergency stockpile known as the Strategic Petroleum Reserve.

Despite the 17 cent increase since Harvey hit, gasoline prices remain low ($2.52 per gallon on average) and there is hope that refineries and ports will reopen soon enough to prevent a shock to American drivers. Still, the Trump administration may be forced to consider more action should the logistical problems caused by Harvey deepen.

Dusting off the Sandy playbook

One option is Homeland Security could grant a blanket waiver for the Jones Act, which requires shipments between U.S. ports to have an American crew and a ship built in the U.S. These requirements can make shipments “quite expensive and cumbersome,” Tran said.

Joe McMonigle, a former Energy Department official during the Bush administration, said Jones Act waivers would make it more economical for Northeast refiners to receive oil stuck in the U.S. Gulf rather than source it from Nigeria or other places overseas.

“That could ease some of the problems going forward,” said McMonigle, who is senior energy analyst at Hedgeye Potomac Research Group.

After Superstorm Sandy, the U.S. also created a Northeast gasoline supply reserve, which is located in New York, Boston and Maine. RBC’s Tran said he found it puzzling that the Trump administration didn’t tap this reserve.

“This was put into place for precisely this reason. It’s essentially a rainy day fund,” Tran said.

By tapping the Northeast gasoline stockpile, the government could ease pressure caused by the shutdown of the Colonial Pipeline, which normally carries vast amounts of gasoline between Houston and the East Coast.

One problem: this emergency reserve only holds about 1 million barrels of gasoline, meaning it can only meet the region’s enormous appetite for gas for a short period.

The EPA has also tried to ease gas shortages by relaxing certain regulatory standards. In recent days the agency granted waivers in Texas, Louisiana, Georgia and other states on rules that normally require the use of low-volatility gasoline during the summer.

McMonigle, the former DOE official, said the administration is also likely to receive more requests from refiners requesting the release of oil from the Strategic Petroleum Reserve, which is a complex of storage tanks and underground caverns.

There’s a case to be made that the government doesn’t need to do much because the gas price hike is expected to go away on its own. Some refineries in the U.S. Gulf Coast are trying to start back up and key ports are working to reopen.

“It seems as though the energy complex is slowly awakening,” said Vincent Piazza, senior energy analyst at Bloomberg Intelligence.

Help is also on the way: Higher gasoline prices have enticed a jump in shipments from Europe. A fleet of tankers carrying millions of gallons of gasoline from Europe could help ease the gasoline crunch, though it will take time before these shipments arrive.