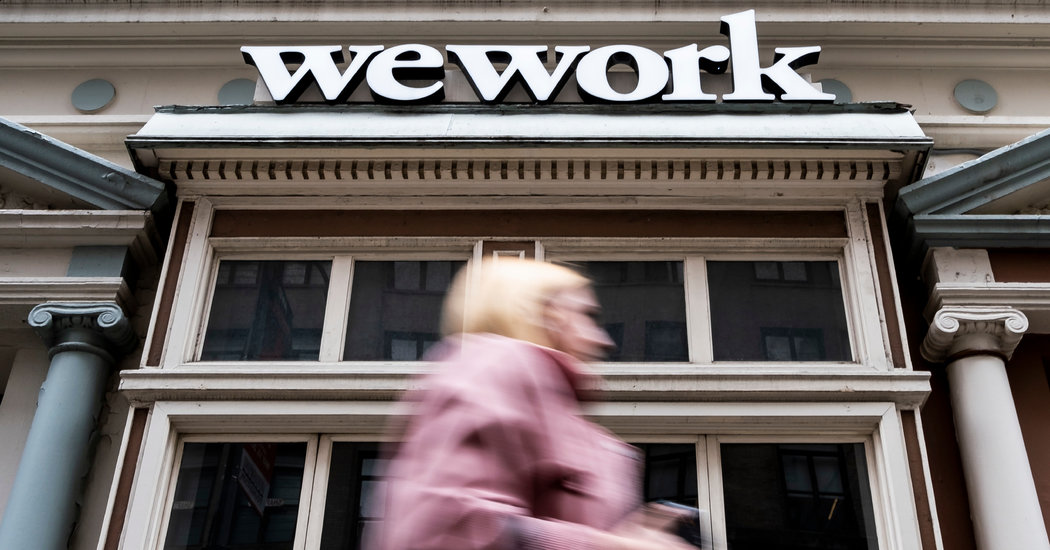 WeWork’s primary business mission remains maintaining its heady growth rate, even as it continues to lose money, according to its latest quarterly financial results.

It’s a strategy that will soon be tested by investors, as the co-working company heads toward a potential initial public offering. And WeWork could face a lot of skepticism if the rocky market debut of Uber, another money-burning tech start-up, provides any guide.

WeWork said Wednesday that it had lost $264 million in the first three months of the year. While that was slightly less than the loss a year earlier, it reflects the company’s willingness to keep pouring money into its global expansion.

The growth can be seen in its total revenue, which was $728.3 million during the period, more than double the sales from the same quarter last year. Its locations also more than doubled, to 485, as did its memberships, to 466,000, from a year earlier.

And the company disclosed that 46 percent of its revenue in the first quarter had come from international locations.

WeWork is already one of the biggest corporate landlords, with ambitions to transform the way people work. And it has added new business lines — some of which are tenuously related to office space, such as a private school and an indoor wave pool.

On Wednesday, the company announced that it had set up another venture: ARK, a vehicle to directly invest in the real estate that WeWork co-working hubs are housed in. Company executives say it will allow WeWork to profit from the value that buildings add by hosting its spaces.

It is that rapid growth that has lifted WeWork’s private valuation to $47 billion. And it is likely to be the main selling point if the company follows through on plans to pursue a public stock listing.

Artie Minson, WeWork’s president, said recently that WeWork could become profitable if it slowed growth. On Wednesday, he said in an interview that growth was proof that the company was funneling cash into productive uses, rather than simply burning it to survive.

“We are very clearly investing money in a proven business model,” he said.

But there are signs that some investors are becoming warier of a growth-at-any-cost approach. Shares in the ride-hailing giants Uber and Lyft remain significantly below their I.P.O. prices, as investors pushed back against their lofty valuations. Uber is down more than 8 percent from its I.P.O. price, while Lyft is down nearly 25 percent.

“Zero worry about this,” Adam Neumann, a co-founder of WeWork and its chief executive, said this week about what Uber’s offering might mean for WeWork’s plans. “The public gets to establish the market.”

Mr. Minson declined to comment on the timing of WeWork’s initial offering plans. But he said, “I think public market investors, when they look at returns on invested capital, that’s what they’ll be drawn to.”