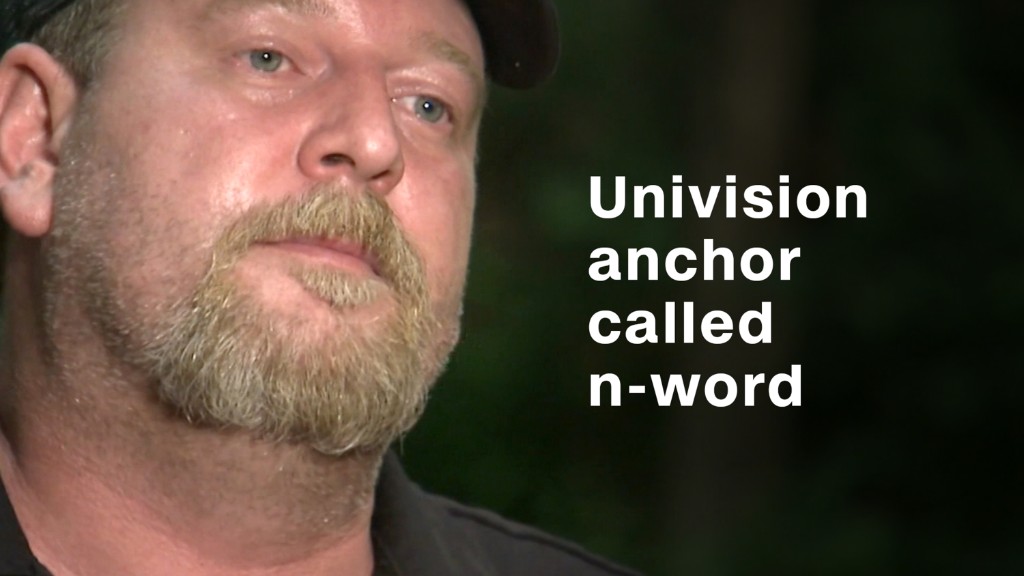 Univision is the latest outlet to provide an intimate glimpse of white supremacy.

Appearing at his home in North Carolina, Barker threatened Univision anchor Ilia Calderón, a Colombian immigrant, asking her at one point why she doesn’t “go back.”

“Are you going to chase me out of here?” Calderón said.

“No, we’re going to burn you out,” Barker replied.

“Physically we are,” he said. “You’re sitting on my property now.”

Chris Barker, the “imperial wizard” of the Loyal White Knights of the KKK in Pelham, North Carolina, turned hostile when he discovered that he would be interviewed by Calderón, who is black. At one point, he told her that he is “way more superior than you’ll ever be.”

“I’ve been here over 20 years and we’ve never had a black person or whatever you want to call yourself, you’re a mongrel to me,” Barker told her during the interview. “We’ve never had one. We don’t let them around.”

Calderón told the Washington Post that Univision arranged the interview with both Barker and his wife months in advance. Barker was told that the interview would be conducted by a Hispanic “woman of color.” According to Calderón and her producer, Barker expected to be interviewed by a light-skinned Hispanic reporter.

Calderón stood up for herself throughout the interview, telling Barker that she isn’t defined by her skin color and saying it was “offensive” when he called her the N-word.

The interview provided another window into the fringe movement of white supremacists, following a widely viewed report by Vice News from this month’s violent clashes at Charlottesville, Virginia.

Like Vice’s on-the-ground package, which contained chilling footage of white nationalists bearing torches and chanting “Jews will not replace us,” Calderón’s interview was the rare television broadcast to feature unvarnished racism.

The Univision interview began to reverberate even before it aired Sunday evening. An excerpt that was posted last Tuesday on Facebook has been shared more than 146,000 times.

Vice’s report, which was shared on broadcast and cable newscasts, has been viewed more than 5.5 million times on YouTube.