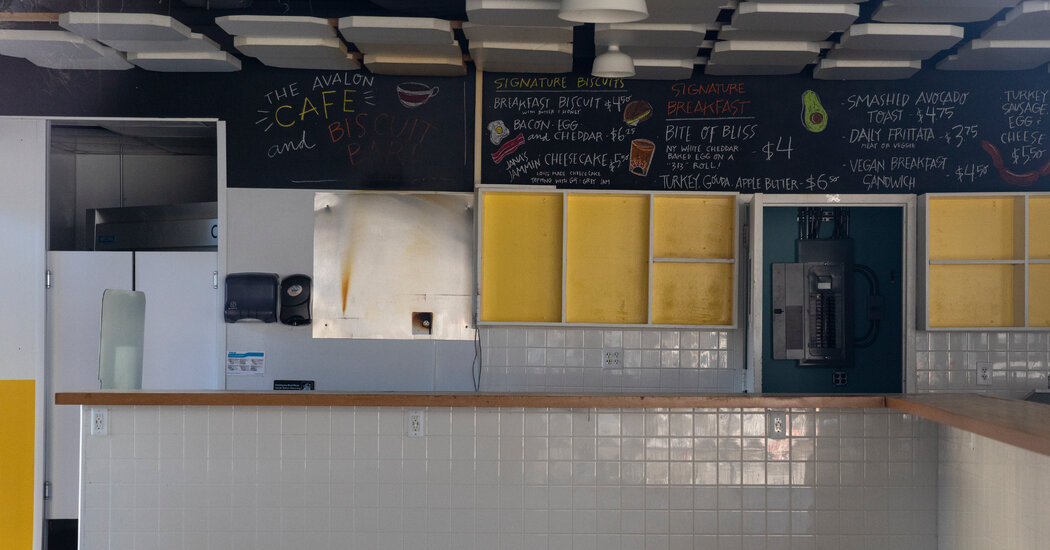 The economy’s ability to heal from the damage inflicted by the pandemic will be tested Thursday morning when the Labor Department reports the latest data on initial jobless claims.

With caseloads dropping and restrictions on business activity being eased in many places, filings for unemployment benefits have come down, too. In late February, the government reported that initial claims had sunk to their lowest level since November on a seasonally adjusted basis.

But the pace of reopenings has been uneven.

Gov. Greg Abbott of Texas said Tuesday that the state was lifting all restrictions on business and eliminating its mask requirement, moves that drew criticism from President Biden. Elsewhere, officials have been more cautious — in Chicago, parks and playgrounds reopened, while in Massachusetts, capacity restrictions on restaurants have been lifted.

“The labor market is continuing to gradually improve,” said Scott Anderson, chief economist at Bank of the West in San Francisco. “Job growth will accelerate, perhaps as soon as the second quarter, with decent gains in leisure and hospitality and travel.”

Even so, the number of new filers, at more than 700,000 per week last month, remains extremely high by historical standards, a sign of the continuing devastation a year after the pandemic struck.

Another reading will come Friday, when the Labor Department reports on hiring and unemployment in February. Economists expect the survey to show a gain of 200,000 jobs, with the unemployment rate unchanged at 6.3 percent.

In January, the job market hit a soft spot, with employers adding just 49,000 positions. That offered little hope to the nearly 10 million Americans out of work. But conditions should improve in the coming months, economists say, with vaccination efforts gaining speed and another relief package nearing passage on Capitol Hill.

Mr. Anderson expects annualized growth of 7.2 percent in the second quarter (1.75 percent on a quarterly basis), paced by consumer spending and the aid infusion from Washington.

“The amount of sheer spending by the government is moving the needle,” Mr. Anderson said. By summer, spending should return to pre-pandemic levels, he said, but it could take another two years for the labor market to recover fully.