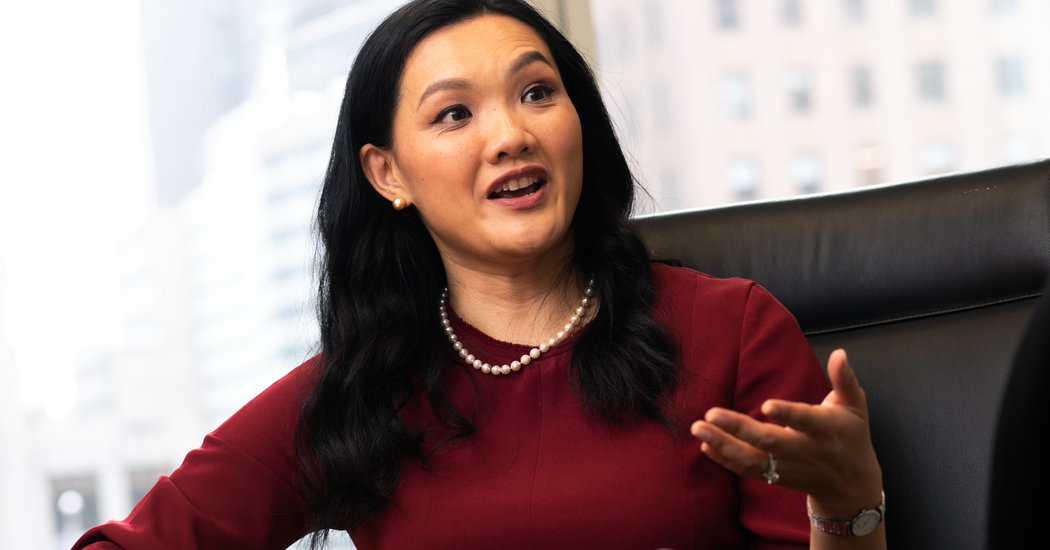 Strip out the acrimony and emotion, and divorce can be boiled down to a business negotiation. Harsh as that may sound — there are often children stuck in the middle — when a couple gets down to completing their split, the numbers matter: assets, support, time allotted with children.

Divorce negotiations are never easy, and they became more complicated this year. The Republican lawmakers’ sweeping overhaul of the tax code changed many of the calculations that factor into the logistics of divorce.

Many Americans learned this year how tax changes affected their return, with some people owing more than they had expected. But others are realizing a slew of unforeseen consequences.

A few weeks back, I wrote about how a provision meant to spur companies to invest in equipment has also been an enormous tax break to business owners interested in buying a private plane. The revised tax code has brought similar surprises to couples going through a divorce, to the point where lawyers and financial advisers are suggesting their wealthier clients bring accountants into the mix to lay out the tax implications of age-old strategies.

Here are four strategies for taxpayers to consider:

Move alimony into a trust

It all started with the change in how alimony would be taxed. Lawyers last year warned clients in the midst of a divorce to hurry up. But like love, divorce cannot be rushed.

For divorces completed this year forward, the spouse paying alimony can no longer deduct the cost, as if it were a business expense, while the spouse receiving the money no longer has to claim it as income.

The reason for changing a provision of the tax code that dates to 1942 was that vastly more people claimed the deduction than reported the payment on their income tax. The revisions were a way for the Internal Revenue Service to make up the shortfall.

For individuals, the loss has made alimony payments more costly to the paying spouse because it eliminated a tax break that often served as a mechanism to bring about an agreement.

Take someone earning $300,000 a year who had to pay a third of that in alimony to a spouse who did not work. If that divorce was settled last year in a state with no state income tax, the paying spouse could deduct the full amount and be left with $157,250 after taxes, said Craig Richards, director of tax services at Fiduciary Trust Company International. This year, that person would be left with $123,126, or about $34,000 less.

On the other side, the receiving spouse, who would have paid $15,416 in taxes in a divorce settled last year, was able to keep the entire $100,000 tax-free this year.

The difference grows as income grows. Mr. Richards ran a similar projection with someone earning $2 million and paying out $400,000 in alimony. Because of the lost deduction, that divorce cost at least $120,000 more this year.

That increase, divorce lawyers said, has already slowed down negotiations. Peter R. Stambleck, a partner at the family law firm Aronson Mayefsky & Sloan, said that what he called “the legal spread where the government was eating the difference” in taxes often helped the two sides come to an agreement.

One way the wealthiest are looking to get around this change is by setting up trusts for their former spouses that will pay out income equivalent to the alimony but without the tax burden. There’s a bit of a science to setting up these entities, called grantor trusts, and an art to persuading the receiving spouse to pay taxes on the money paid out.

The trusts need to be funded with assets that will generate income equivalent to the alimony payment, or else the spouse funding it will be responsible for the taxes, said Eugene Pollingue Jr., a partner at Saul Ewing Arnstein & Lehr. “It’s not alimony,” he said. “It’s a property settlement, and that’s tax-free.”

To sell it to the spouse who will then have to pay taxes on the distribution, Mr. Pollingue said, the trust ensures payments continue even if the paying spouse dies — alimony stops at death — and whatever is left when the receiving spouse dies can go to heirs.

Some accountants caution that the technique is too aggressive.

“Let’s say you created a trust for the benefit of a spouse, and you’re guaranteeing $2,000 a month,” said Carrie Baron, a certified public accountant and co-founder of the accounting firm Baron Strohmenger. “The I.R.S. could say that’s just disguised alimony.”

Others complain that such trusts are another tax provision that favors the ultrawealthy.

The limitations on state and local tax deductions surprised many who saw their tax bill go up. When it comes to divorce, that limitation can turn the home, a prime marital asset, into a hot potato.

Until this year, the spouse with less money would often want to keep the marital home for the children, but doing so now has become more costly, said Alvina Lo, chief wealth strategist at Wilmington Trust.

In one example Ms. Lo’s group worked on, a spouse who earned $70,000 got the house, worth $1.5 million, while the other spouse kept an equivalent amount of liquid assets. But with property taxes of $25,000 a year that were no longer fully deductible, the client’s tax bill increased by 25 percent. She had to sell.

“When you’re counseling clients, they feel like they can control their spending and the money going out, but when you show them their number, this is not discretionary spending,” Ms. Lo said. “These are hard dollars you owe Uncle Sam regardless of your expenses.”

In a high-property-tax state like New Jersey, some divorcing couples are looking to get rid of second homes as well, said Sandra C. Fava, a partner in Fox Rothschild’s family law group.

“People have vacation homes at the Jersey Shore, and now they’ve lost the deduction for property taxes on their main home and second home,” she said. “That’s caused a real difference to their finances.”

Some states, like New York, further complicate the process by having a set of standards that were created when alimony and state and local taxes were deductible on federal tax returns. The standards are meant to protect spouses with less money and create a framework to equitably distribute assets. The deductions have changed, but the standards have not — and aren’t likely to.

The New York guidelines “were heavily negotiated,” Mr. Stambleck said. “It was too cumbersome a process to think it will happen again. We’re stuck with a state statute that doesn’t conform with federal statute.”

But in a twist, New York State stills allows a deduction for alimony.

Negotiate the value of dependents

The tax value of children in a divorce was also changed in the tax overhaul. So, too, has the value of spending time with them, particularly if they are college bound.

In financial terms, children have become a smaller deduction. The exemption for each dependent — $4,050 per person — was eliminated, but the child tax credit was increased to $2,000 from $1,000.

That credit starts to phase out at $200,000 of income for an individual and disappears at $240,000. This matters because it can be used as a negotiating tool in a divorce. The credits can be given to the spouse with lower income in exchange for a break elsewhere in the negotiations, said William P. Allen, principal at the Brisbane Consulting Group.

A more valuable financial break may come with the amount of time children spend with each parent. Children spending more time with the spouse earning less could tip the scales when it comes to financial aid down the road, Mr. Richards said.

If a family uses the Free Application for Federal Student Aid form, the income of the parent who has the children more often will be given more weight in the aid decision, he said.

“You might want to give the spouse who makes less money a day more or a week more so the tiebreaker goes to them,” he said. “There’s the potential they might be eligible for financial aid.”

Advisers say the only way to have some sort of certainty is to do a practice, or pro forma, tax filing.

“It’s not only one thing that changed in tax reform,” Ms. Lo said. “You really need to factor in everything. You have to know how it’s going to impact your spending going forward.”

And that advice goes for people who are in the midst of a divorce. Ms. Fava is working on a divorce where the couple filed their taxes jointly but owe $7,000 more than they did last year.

“Had information been exchanged at the right time, I might have asked them to run the return both ways,” she said. “I wonder what the return would have been had they filed separately. They might have had a lesser overall burden.”

Now, they have just one more thing to fight over.