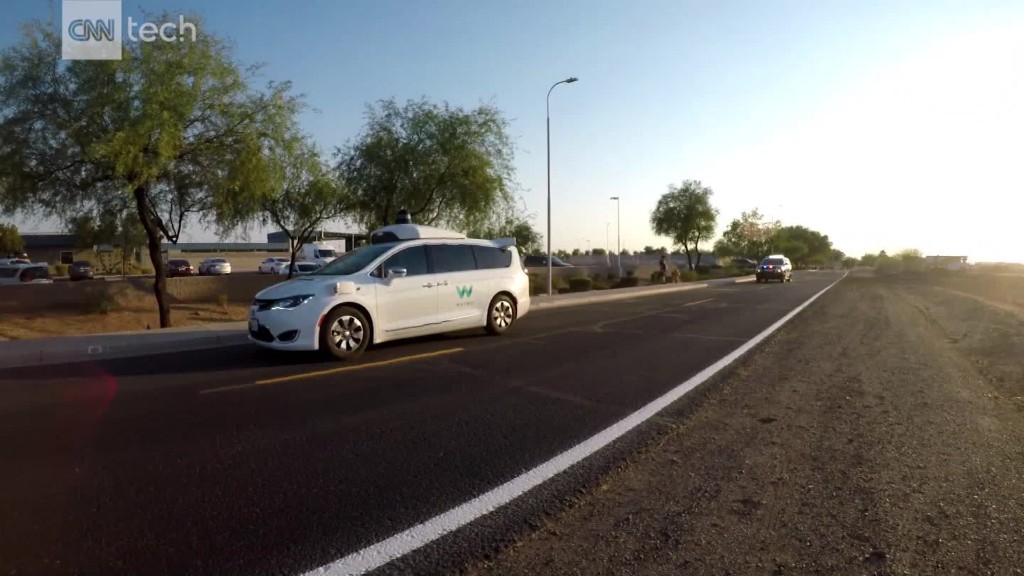 We’re learning what summer school looks like for a self-driving car.

In Chandler, Arizona, Wednesday, Waymo coordinated with the local government to teach its vehicles how to better identify and act around local emergency vehicles. Waymo, the self-driving outfit of Google’s parent company, is launching a program in the Phoenix area to let residents ride in its Chrysler Pacificas.

So Chandler’s government closed off a street and rounded up some ambulances, police cars, fire engines and police motorcycles. Waymo arrived with a handful of its self-driving vans.

For about half a day, the Waymo vans were exposed to the variety of lights and sirens from the emergency vehicles. By capturing data of what a local ambulance looks and sounds like, Waymo is able to better train its minivans.

“It’s really the next step toward being able to go fully driverless,” Jaime Wadyo, Waymo’s lead systems engineer, told CNN Tech. “We’re really good at the basics of driving. More rare events like encountering an emergency vehicle, we’re working on refining those and making sure we’re handling those safely and appropriately.”

Waymo’s vehicles are taught to respond to emergency vehicles just like a human. If an ambulance appears behind a Waymo van, it pulls to the side of the road. A critical step is first identifying the emergency vehicle, which Waymo does through a combination of cameras and a microphone.

At the event, Waymo’s vans spent some of their time driving behind the emergency vehicles, and other times sitting in place. That way the vehicles learn how the sound of a siren varies, depending on whether wind is blowing.

The vans were also able to experience emergency vehicles in a variety of lighting conditions, including at night.

Self-driving cars rely on artificial intelligence, which is only as good as the experiences it learns from. If Waymo only tested its cars during the daytime, they would have a hard time driving after dark.

Waymo has found a willing partner in Chandler, which jumped at the opportunity to be part of Waymo’s Early Rider program. The city is home to technology companies and wants to be seen as a hub of innovation. Chandler Mayor Jay Tibshraeny told CNN Tech that his staff has been working closely with Waymo and has a strong relationship. Such bonds will be critical as self-driving cars mature and are ready to be rolled out on public roads.