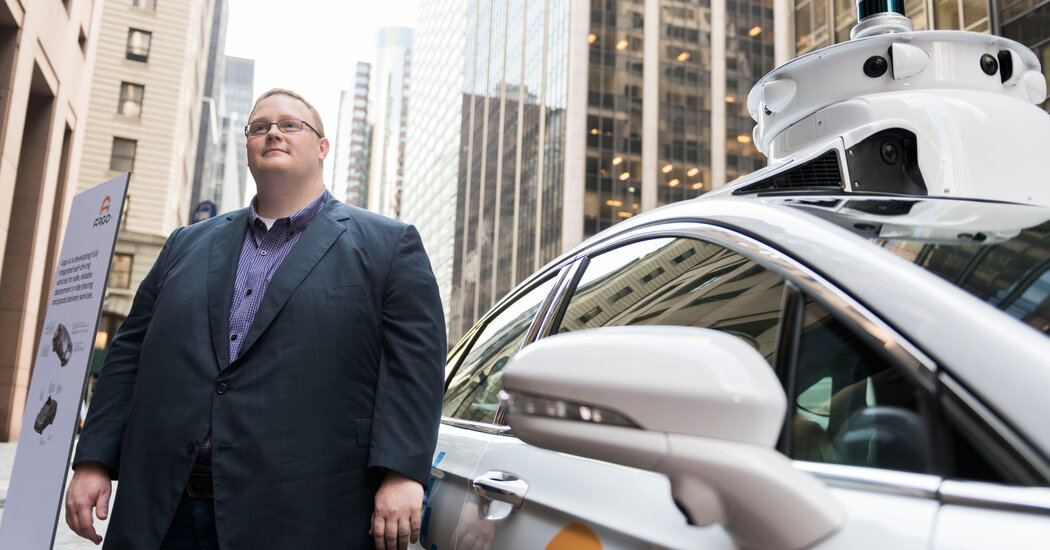 Ford Motor and its autonomous driving affiliate, Argo AI, have teamed up with Walmart to begin testing the home delivery of groceries and other items by self-driving cars in three cities later this year.

The service will start in Miami, Washington and Austin, Texas, and will be limited to specific areas but is intended to expand over time, Argo said in a statement. The service will start operating with a half dozen vehicles equipped with Argo’s technology, although two trained test drivers will be in the car for safety.

“Our focus on the testing and development of self-driving technology that operates in urban areas where customer demand is high really comes to life with this collaboration,” Argo’s founder and chief executive, Bryan Salesky, said. “Working together with Walmart and Ford across three markets, we’re showing the potential for autonomous vehicle delivery services at scale.”

Ford and Argo, which also counts Volkswagen as an investor and partner, have also formed an alliance with Lyft to begin offering rides in self-driving cars. They aim to start the service in Miami this year and expand to Austin next year. Argo has been testing about 150 autonomous vehicles in six U.S. cities.

Waymo, the autonomous-driving company owned by Google’s parent, Alphabet, has been testing a limited driverless ride-hailing service in Phoenix for several years.

Just a few years ago, automakers and technology companies expected self-driving cars to take off quickly, but found developing the technology was more complex and difficult than they had thought.

In 2019, Elon Musk, the chief executive of Tesla, said his company would have one million self-driving taxis on the road by 2020. But it has yet to demonstrate vehicles that can pilot themselves without humans behind steering wheels.