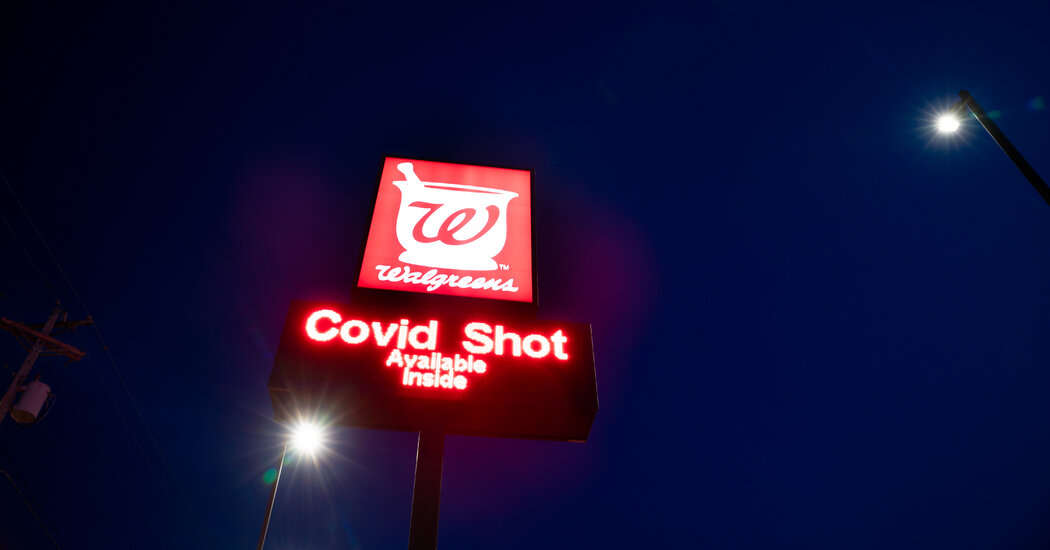 Walgreens Boots Alliance administered coronavirus vaccinations at a higher-than-expected rate, delivering 13.5 million vaccinations in the three months that ended in September, which helped bolster its sales, the company reported on Thursday.

The company also announced that it would invest an additional $5.2 billion into VillageMD, a venture that aims to reach underserved communities, to support its rollout of at least 600 primary care practices at Walgreens in the United States.

Shares of Walgreens Boots Alliance jumped by more than 3 percent in early trading after the announcement.

“Comparable U.S. pharmacy and retail sales both saw robust growth, and recovery continued in our U.K. business as Covid-19 restrictions eased in the quarter,” Rosalind Brewer, the chief executive of Walgreens Boots Alliance, said in a statement.

Net profit jumped 68 percent in the quarter to $627 million; it was $373 million a year earlier. The company also benefited from digital tools that eased curbside and drive-through pickup, leading to 100 percent growth in revenue for the fourth quarter compared with last year.

Walgreens is one of the largest among dozens of grocery and drugstore chains that are giving vaccines allocated by states and via the federal pharmacy vaccination program. The company brings in revenue from the vaccine administration fees paid by government and private payers as well as from purchases made by shoppers coming in for vaccines.

The company requires people to create a Walgreens account to search online for a vaccine appointment, which helped increase membership in its MyWalgreens program to 85 million members from 75 million members in the previous quarter.

But it faced also complaints in the quarter from customers and the Centers for Disease Control and Prevention about the timing of a second dose of the vaccine developed by Pfizer and BioNTech. Walgreens had been scheduling second doses for that shot four weeks apart, but agreed to follow guidance from federal health officials, who recommend a three-week gap.