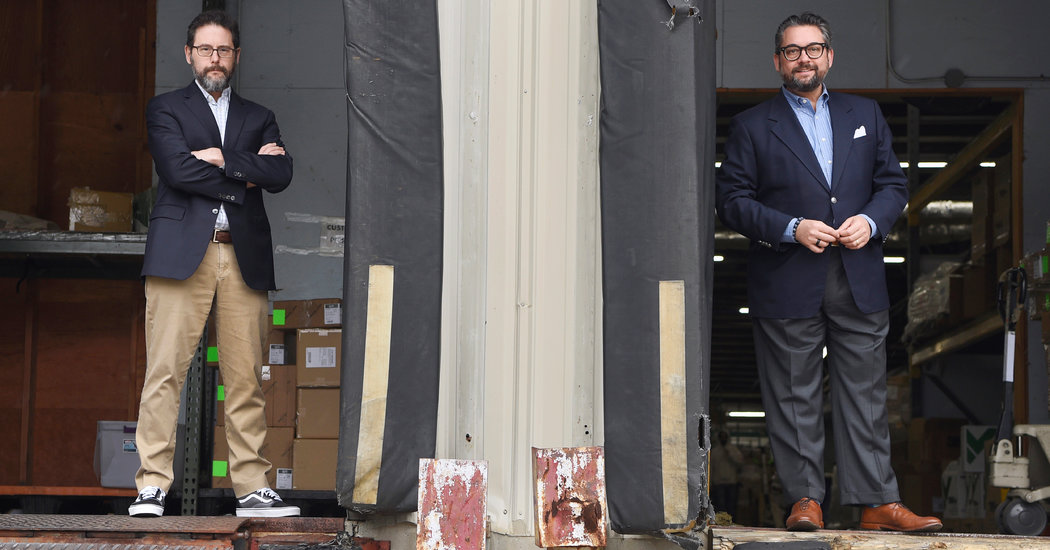 Adam Schwartz, who runs his family’s 100-year-old manufacturing company with his brother, Hy, has spent a month sifting through tax incentives for their business. At the same time, his wealth advisers have made him acutely aware of the personal tax planning options that the economic downturn has created.

Like most small-business owners, Mr. Schwartz said his primary goal was keeping the company, S&S Worldwide, which makes arts and crafts supplies for schools, camps and nursing homes, in a position to recover when the pandemic was over.

“Tax planning has been a multigenerational effort,” he said. “But we’re still fighting a battle on a week-to-week, month-to-month basis. We haven’t caught our breath to say, ‘Hey, this is a great time to transfer wealth to the next generation.’”

But for any entrepreneur or affluent individual, thinking through tax strategies now will reap benefits later.

This would normally be the weekend when most people rushed to file their taxes before April 15, but the filing deadline has been extended to July 15, giving many families some much-needed breathing room. People expecting a refund have been encouraged to file now, but wealthier taxpayers, who generally owe money, have been given a reprieve on both their annual filing and their quarterly payments for the first half of the year.

For those high-net-worth individuals, government relief plans to mitigate the financial impact of the pandemic have created significant opportunities to reduce personal and business tax bills for years, advisers say.

Given the complexity of some of these incentives, coupled with limited time and resources in this crisis, taxpayers may find it difficult calculating which programs are going to provide the most benefits in the long run. They may not be the ones getting the most attention.

Much of the focus has been on the federal government’s $349 billion emergency effort to get money into the hands of small businesses through the Paycheck Protection Program, run by the Small Business Administration. The relief is structured as a loan, but if the business owner spends it according to the agency’s guidelines, it converts to a tax-free grant.

But the program got off to a rocky start. The rush to file for these loans began April 3, but some banks were unable to accept applications then, and applicants remain unsure about when the money will arrive.

Mr. Schwartz said his bank began accepting applications on Monday evening, and he filed his application by Tuesday afternoon. He was worried that he had not received even a confirmation email.

He also applied for another loan, through the S.B.A.’s economic injury disaster loan program. He ticked the box for a tax-free $10,000 emergency grant that was supposed to be delivered to his bank account within 72 hours. More than a week later, the emergency grant money still had not arrived.

“We’re focused on the big ones because these programs will be an infusion of cash,” he said. “It will be meaningful to allow us to operate.”

But some tax advisers have been counseling their more affluent clients to consider other, less-heralded tax provisions that were inserted into rescue bills. These provisions would allow them to keep more cash in their businesses by being taxed at lower rates for longer.

A loan from the Paycheck Protection Program takes care of only eight weeks of payroll, but the employee retention credit and the deferral on the payroll taxes are options that are better suited to some business owners, said Andrew Finkle, a partner in the Philadelphia office of the accounting firm Marcum.

The employee tax credit, for example, allows business owners to take a credit against the employment taxes they pay. The credit is limited to $10,000 for each employee and differs depending on the size of the company. Those with fewer than 100 workers can take the credit for all of them, but for those with more than 100, only employees who are not working but being paid count.

“If the math works out because it extends to the end of the year, and not just for eight weeks, then it might make sense,” Mr. Finkle said. “It makes sense with a manufacturing company where employees aren’t making a great deal of money. It almost pays for itself.”

Business owners can take the employee retention credit or the Social Security tax deferral, which lets them delay payments until 2021 and 2022, but the downside is that the money will be taken out of the loan from the Paycheck Protection Program, said Megan Niedermeyer, head of legal and compliance at Gusto, a payroll company.

More esoteric provisions have been loosened in the relief legislation. One removes the cap on excess business losses. It used to be limited to $500,000 a year, similar to the $3,000 limit on personal investment losses from previous years. Now, any amount of business loss can be applied this year, and the loss could effectively take a company’s tax bill down to zero, Mr. Finkle said.

Another change is on how a net operating loss is counted. Business owners can now look back five years for their 2018, 2019 and 2020 filings and count those losses. Because the tax rate was higher before the 2017 tax changes, losses from then are worth more today. “You could end up with a refund,” Mr. Finkle said.

Personal planning opportunities around these tax incentives could benefit families for generations.

If people have the stomach for it, paying tax now, in some cases, is a shrewd move. One recommendation is to convert a traditional retirement account, where money goes in tax free but is taxed when it comes out, to a Roth I.R.A., where the money is taxed first but then grows tax free.

The conversion is a good move now because the value of the retirement account is surely lower than it was because of the decline in the stock market and much lower than it will be when the market eventually recovers. But the tax has to be paid now, at a time when cash may be tight, said Ken Van Leeuwen, managing director and founder of Van Leeuwen & Company.

For corporate executives who have incentive stock options, now is the time to exercise them and pay the tax if the stock value is depressed. Mr. Van Leeuwen said he had advised executives who believed in the future of their company to pay the tax outright, instead of selling shares to cover it.

“It’s hard to get over that hump,” he said. “When you say it’s time to exercise your I.S.O.s, they’re actually buying a stock and taking on more risk. That’s a harder one right now.”

Estate planning might be easier. Fear of coronavirus health risks has prompted clients to get their wills and health care proxies updated, said Tracy A. Craig, a partner at Mirick O’Connell and a member of the American College of Trust and Estate Counsel.

Beyond wills, this is a time for people to think more broadly about the tax consequences of their plan.

Many privately held companies, like their publicly traded counterparts, have seen their value plummet, even if the business remains strong. Transferring ownership stakes to heirs is a good idea, but it might be difficult for business owners to wrap their heads around.

An easier route for high-net-worth individuals looking to transfer wealth might be creating a grantor retained annuity trust, which allows them to give their heirs any future appreciation on the asset in the trust.

If a person put a concentrated portfolio of stock that was down 20 percent into one of these trusts, and that stock rebounded 30 or 40 percent over the next two years, all of the growth above a nominal I.R.S. interest rate would go tax free to the heirs.

These trusts “are the darling of depressed values, low interest rates and volatility,” said Sharon L. Klein, president of family wealth for the Eastern United States at Wilmington Trust. “There is no better time than now.”