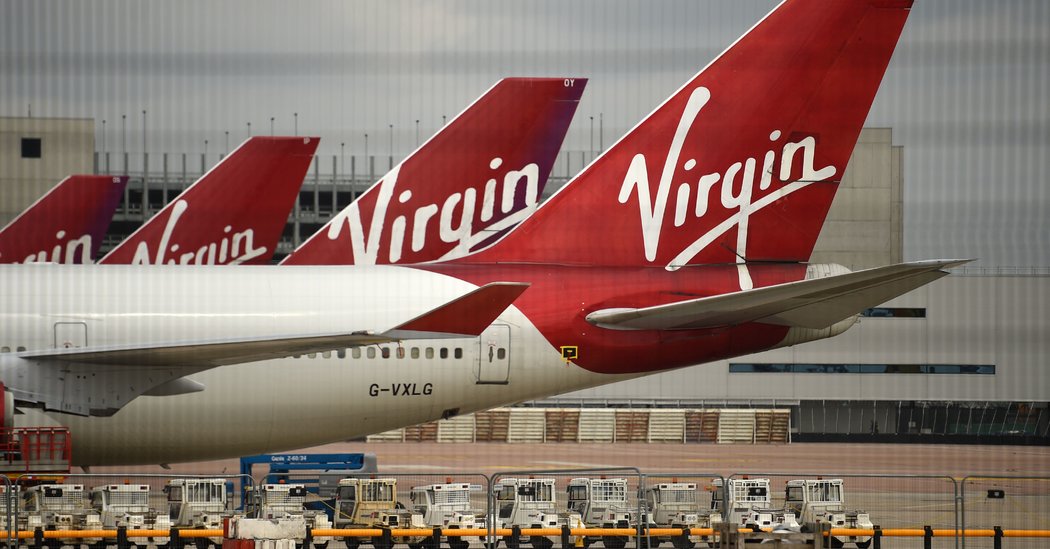 Richard Branson has reached a 1.2 billion pound ($1.5 billion) deal with two credit-card payment processing companies and an American hedge fund to rescue Virgin Atlantic from financial collapse after the British government rejected the airline’s request for a loan.

The deal came together after support from two payment processing companies, First Data and Cardnet. First Data had insisted on high levels of cash collateral, holding up the arrangement, Sky News reported. Delta Air Lines, which owns 49 percent of Virgin Atlantic, also agreed to defer marketing charges and other payments alongside majority owner Virgin Group, opening up about £400 million to Mr. Branson’s airline.

The pandemic had led the airline to ground most of its fleet and lay off more than 3,000 workers. The British government has resisted pressure to support individual companies, and told airlines that aid wouldn’t be considered until the firms had exhausted all other options.

Mr. Branson had said he was willing to use his island in the Caribbean as collateral to raise funds, but he was unable to secure a government-backed deal for his Australian airline, and in April, Virgin Australia went into administration.

The airline industry has been battered by the pandemic, but Mr. Branson’s firm is in a particularly weak position because most of its flights are trans-Atlantic. Long-haul international travel is not expected to recover soon.