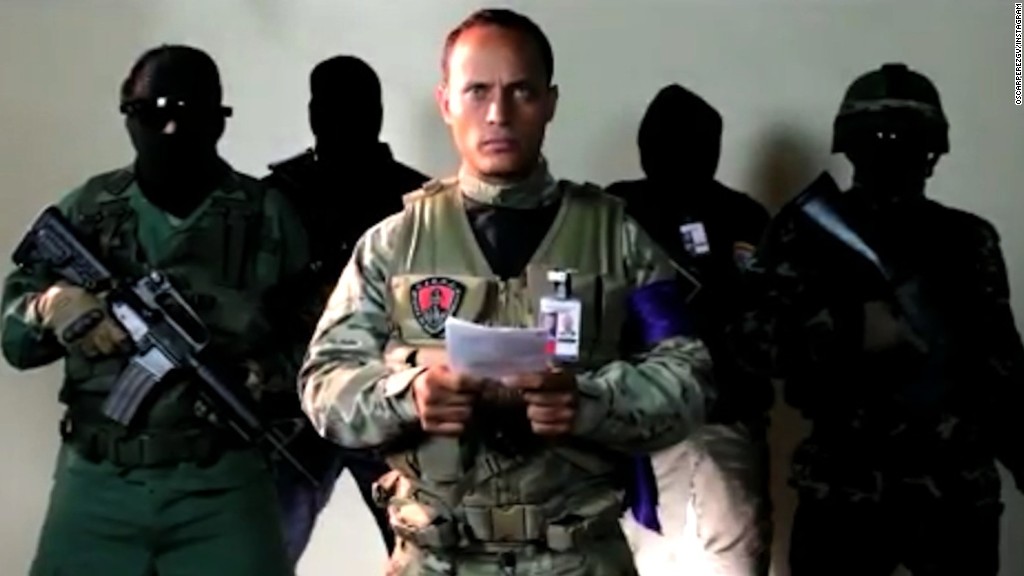 Venezuela’s only source of cash is quickly dwindling as the country faces mounting unpaid bills, violent political protests and citizens starving due to food shortages.

Oil makes up nearly all of Venezuela’s exports, and with the country in a full-blown crisis, oil is only thing it can sell.

But production is down to its lowest levels since 1989 — excluding an oil strike in 2002 — according to data compiled by Rice University professor Francisco Monaldi.

Production has declined 10 out of last 11 years, according to BP statistics. And in the first half of this year, it was down sharply, 12%, compared to the same time last year, OPEC numbers released on Wednesday show.

Central to its production problem is that oil service providers, such as Halliburton (HAL) and Baker Hughes (BHGE), have cut back on pumping out oil until President Nicolas Maduro pays them back for millions of dollars in unpaid bills.

Venezuela separately owes about $5 billion in outstanding debt payments to investors this year. Fears are rising that Venezuela can’t pay, and S&P downgraded the nation’s credit rating on Tuesday deeper into junk status.

“This is much worse than we ever expected,” says Monaldi, a former consultant to the World Bank. “It really takes some special talent to destroy an economy in such a way.”

Venezuela has more oil than any country in the world. But the South American nation is enduring a self-inflicted economic crisis. Extreme government overspending, mismanagement of natural resources and corruption pushed Venezuela into a recession in 2014.

The country’s political opposition have staged months of street protests against socialist President Maduro, claiming he has abandoned democracy and violated human rights. Nearly 100 Venezuelans have died in demonstrations and clashes with police since late March.

Meanwhile, Venezuela’s plummeting production means it has less money to ship in food for its people, and prices have skyrocketed for whatever food is available as the local currency has been deemed nearly worthless.

Venezuelans are starving: Those living in extreme poverty last year lost 19 pounds on average due to food shortages, according to a national poll. People are crossing the border to Colombia to buy toilet paper. Venezuelans are now the top asylum seekers in the US, ahead of citizens from China and Mexico.

Peel back the layers of Venezuela’s oil problem, and it gets worse. While it produces 1.9 million barrels per day, it’s only getting paid for about 700,000 to 800,000 barrels per day, experts say.

Venezuela is paying back loans from China and Russia by shipping oil for free. Gasoline also costs next to nothing in Venezuela as the government essentially subsidizes the cost for drivers.

“It’s really bad,” says Russ Dallen, managing partner at Caracas Capital, a firm based in Miami. “They can’t invest any money, they can’t pay their providers…It keeps circling the drain.”