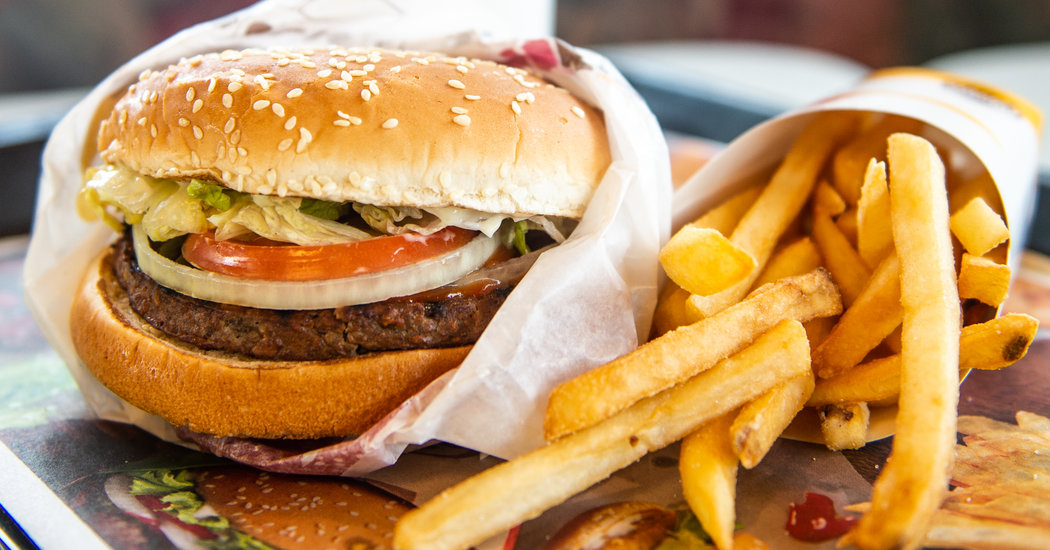 Burger King’s beef-free Whopper may not be so meatless after all — at least according to one vegan customer.

That’s the argument being made in a lawsuit filed on Monday in the United States District Court for the Southern District of Florida, in which the plaintiff, Phillip Williams, claims that the fast food chain failed to disclose that its plant-based Impossible Whoppers are cooked on the same grills as beef products.

The class-action suit accuses Burger King of undertaking “false and misleading business practices” in the marketing and sale of its meatless burgers, and notes that vegans would not purchase the Impossible patties if they knew they had been prepared next to meat options.

Mr. Williams, who practices “a strict vegan diet,” bought an Impossible Whopper at a drive-through in Atlanta in August or around that time, according to court documents. The complaint said that he was “duped by Burger King’s deceptive practices into eating a meat-free Whopper Patty that was in fact covered in meat byproducts,” though it did not specify how he came to know this was the case.

The complaint calls on the fast food chain to return all the profits it had gained from selling the meat-free alternative, including the money that Mr. Williams paid.

Burger King declined to discuss the matter on Tuesday. “We do not comment on pending litigation,” a company representative said in an email. Mr. Williams could not immediately be reached for comment.

Burger King developed the Impossible Whopper in conjunction with Impossible Foods, a company in California that develops plant-based alternatives to meat products. It and other companies, including the Los-Angeles-based producer Beyond Meat, are part of a rising food industry trend toward imitating or replacing meat options.

After a successful tryout in St. Louis this year, the Impossible Whopper was introduced nationwide on Aug. 8. Burger King advertises the vegetarian patty, topped with tomatoes, lettuce, pickles, onions, ketchup and mayonnaise, as having “100 Whopper, 0 percent beef.”

It is not the first time this year that Burger King has faced criticism over its meatless burger.

In early June, the company apologized after it was surfaced that a Brooklyn-area location had been delivering beef Whoppers to customers who had ordered Impossible Whoppers on the Seamless app. Burger King ascribed the problem to a “technology error,” according to several news reports.

Beyond Burger King, fast food restaurants have for decades faced lawsuits over how they prepare ostensibly meatless food and market it to customers.

In November 2016, a woman sued Buffalo Wild Wings in New York, arguing it had failed to disclose that its French fries and mozzarella sticks had been cooked in beef tallow. A judge dismissed the case last year, saying she had failed to show how she was “injured” as a result of the company’s cooking methods.

In 2001, McDonald’s was sued after multiple Hindu and vegetarian plaintiffs claimed the company had wrongly described its French fries and hash browns as vegetarian. Cows are considered sacred and holy animals among practitioners of Hinduism.

McDonald’s had started calling those products vegetarian after it started using vegetable oil to reduce cholesterol in the early 1990s, yet failed to disclose the use of beef flavoring in its French fries. McDonald’s eventually apologized and agreed to donate $10 million to vegetarian and Hindu groups.