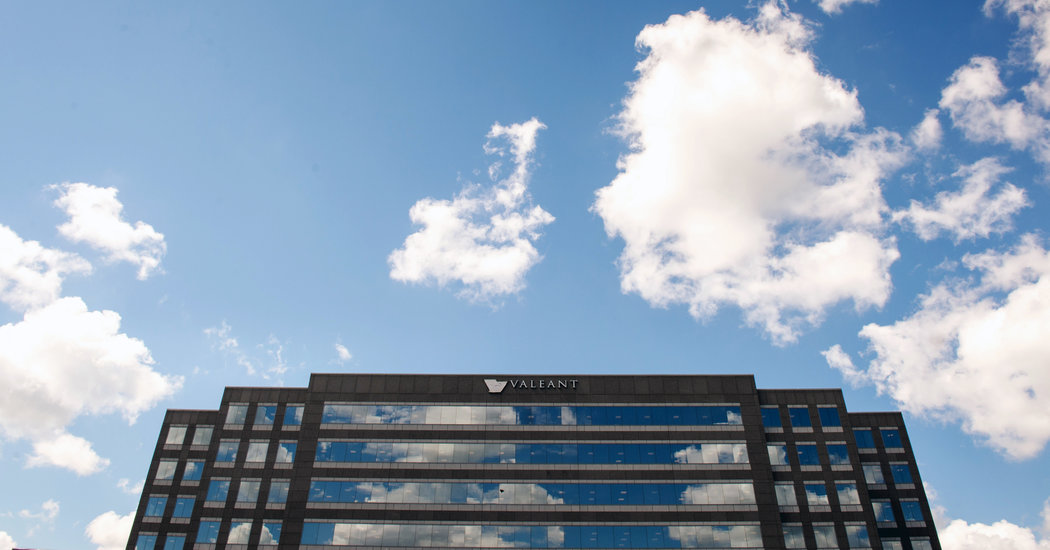 The new name will be Bausch Health Companies, to reflect the company’s better-known and more respected subsidiary, the eye care company Bausch + Lomb, which it acquired in 2013. The company announced the change, which will take effect in July, as part of its first-quarter earnings.

Joseph C. Papa, the chief executive of Valeant who took over in 2016 as part of an effort to turn around the ailing company, said the Bausch name invokes the rich history of Bausch + Lomb, which dates to when J.J. Bausch opened his first optical goods shop in Rochester, N.Y., more than 165 years ago.

“These qualities form the foundation of who we are today as we continue to build an innovative company striving to improve the health of patients globally,” Mr. Papa said in a statement.

The name change also comes as a former Valeant executive is on trial in federal court in Manhattan on charges that he defrauded the company through hidden ties to a mail-order company that Valeant used to get around insurers’ efforts to substitute cheap generics for the company’s expensive drugs.

Valeant was once a Wall Street favorite whose stock skyrocketed after selling investors on its brash business model of buying up companies, slashing costs and raising drug prices, sometimes by a thousand percent or more. But the company’s run of success ended in the fall of 2015 amid congressional and regulatory inquiries into its drug-pricing practices and its struggles dealing with $30 billion of debt.

The company’s decision to change its name recalled other companies’ efforts to revamp their reputations in the wake of scandal, such as the tobacco maker Philip Morris Co. changing its name to Altria, or ValuJet Airlines’s switch to AirTran.

Since taking over as chief executive, Mr. Papa has sought to rebuild the company’s reputation, replacing much of its top management and vowing to limit annual price increases to less than 10 percent a year. It still had about $25 billion in debt as of the end of 2017.

In addition to the name change, the Canadian company will trade under a new symbol, BHC, and will debut a new logo and website.