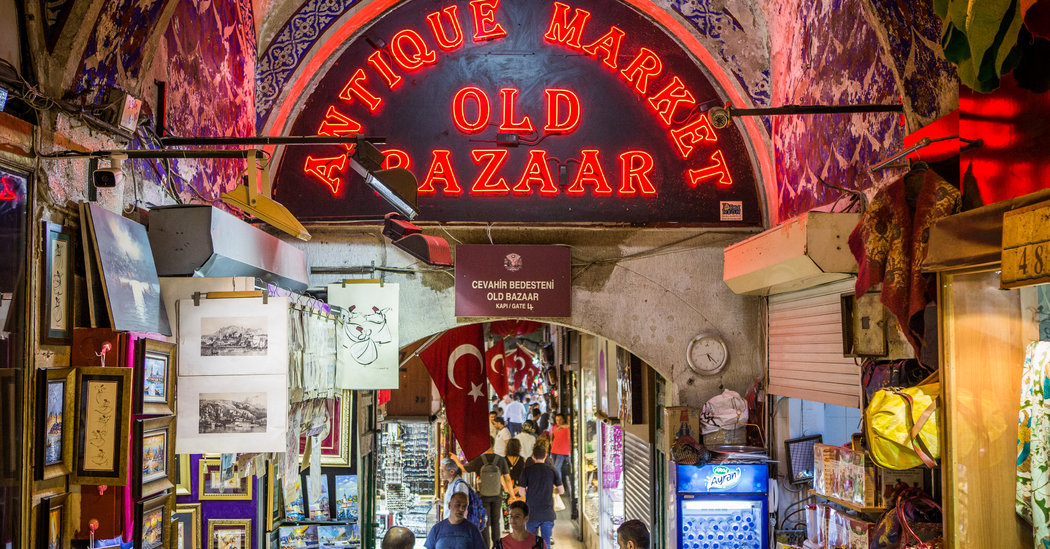 “The tourism industry here has completely changed,” Mr. Aykac, the tour guide, said. “For the past two years, I haven’t received a single call for business from my ordinary clients.” To make ends meet, Mr. Aykac has begun working with Taiwanese groups, partnering with an English-speaking Taiwanese guide who translates his notes into Chinese. The double translation creates a barrier between himself and his tourists, Mr. Aykac said. “It’s almost like two blind guys conversing with each other,” he said.

While many Americans have hesitated to return, visitors from Iran and elsewhere have poured into the country. In 2017, 2.5 million Farsi-speaking tourists arrived in Turkey, a 50 percent increase over the previous year. Turkey shares a 310-mile land border with Iran, and on June 18, train service from the northwestern Iranian city of Tabriz resumed to the Turkish border town of Van after being halted three years ago following a bomb attack.

And the increasing numbers of visitors from Kuwait, Bahrain and Saudi Arabia has resulted in wider availability of halal food and Farsi- and Arab-language menus.

“In Istanbul, a vast number of shops, restaurants and cafes have opened up that cater specifically to Middle Eastern tourists,” said Paul Osterlund, a New Mexico native who has worked as a journalist in Istanbul for eight years.

And while the sights and inexpensive shopping in Turkey are part of the appeal for this new sector, it’s the nation’s relaxed attitudes toward alcohol and female dress that make it a particularly appealing getaway for Muslim visitors who want to let loose. Middle Eastern medical tourists — particularly those in search of cut-rate hair transplant surgeries — are also realizing that Turkish doctors offer procedures at attractive prices.

But whether or not the cafes and shops are full, Turkey feels irrevocably changed, said Mr. Osterlund. “The sporadic violence and horror of 2016 is gone, [but] the air remains thick with political tension,” he said.

For guides who cater specifically to English-speaking tourists, times remain tough. Ansel Mullins co-founded Culinary Backstreets, his now-global gastronomic tour company, from Istanbul in 2009. The company (which employs Mr. Osterlund as a freelance writer) now runs English-language food tours in 13 international cities, but Mr. Mullins said that interest in his Istanbul offering fell 80 percent from 2015 to 2016. Numbers are creeping back up in 2018, but have yet to fully rebound. Tour groups as a whole from Western nations are not returning to Turkey yet, he said.