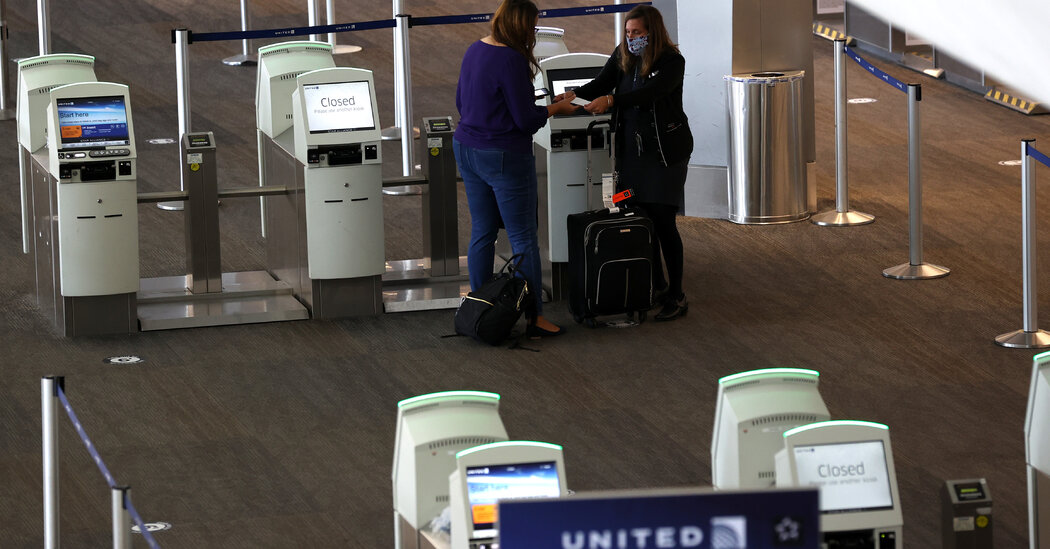 United Airlines, in coordination with officials in Hawaii, will allow passengers flying to that state from San Francisco to skip the state’s 14-day quarantine requirement if they test negative for the coronavirus before departure.

Hawaii said last week that it would allow all visitors to test out of its quarantine requirement. United is the first of the four large U.S. airlines to arrange testing for its customers.

The tests will be available as part of a pilot program that starts on Oct. 15, the day that the new policy goes into effect.

Passengers who choose to be tested will have two options: they can take a rapid test at the airport before their flight, receiving results in about 15 minutes; or they can chose a swab test they would have to administer to themselves at home a few days before their departures. The rapid test is expected to cost about $250 and the at-home test is expected to cost about $80. Customers who test positive will be allowed to reschedule their flights.

Janet Lamkin, United’s president for California, said the airline had been developing the program for three to four months, working closely with Hawaiian officials to ensure that the pilot program met the state’s requirements and freed passengers from the its quarantine.

United, which is second only to Hawaiian Airlines in the number of passengers it flies to the state, operates daily flights from San Francisco to Honolulu, Maui and Kona. On Oct. 15, it plans to resume service to Lihue and add more flights to Maui and Kona. Hawaii has been successful in limiting the spread of the coronavirus in recent days and has seen fewer total cases than all but a handful of other states.

The rapid test, which United has already been using with employees, will be administered at San Francisco International Airport before security. The at-home test will be mailed to passengers. If successful, United hopes to expand the pilot program to include other destinations and airports.