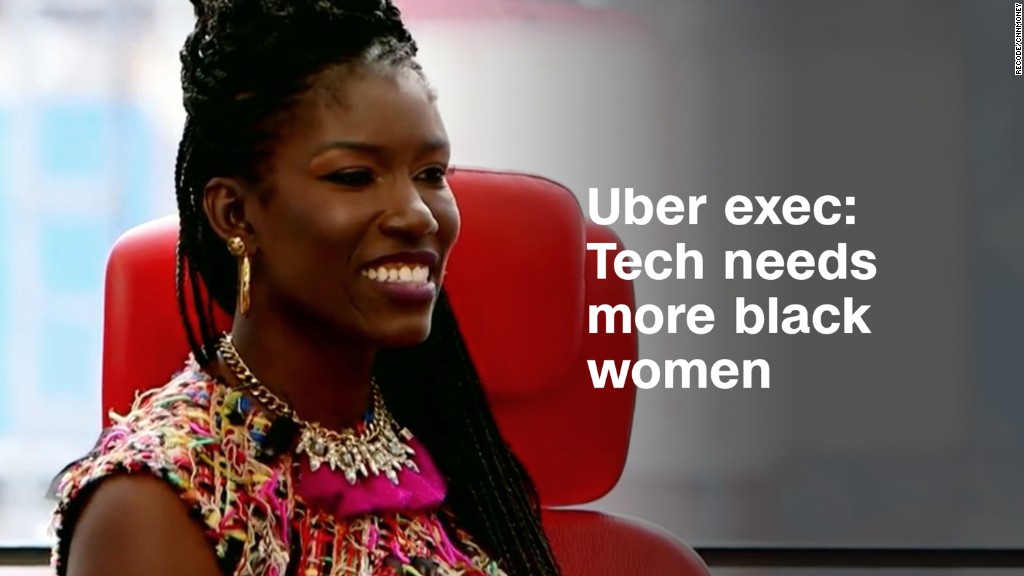 “It’s not about me coming in as a black woman to clean up the mess. It’s about me, Boz, having the talent and the ability to actually do this work,” Saint John said in an interview with Recode at its Code Commerce event in New York City on Thursday.

Saint John was hired away from her job as Apple Music’s head of consumer marketing to join the embattled ride-hail company in early June when founder Travis Kalanick was still at the helm. Kalanick resigned later in the month.

Saint John is tasked with helping sell Uber’s brand to consumers — a tall order for a company that’s desperately working to overhaul its work culture and reputation after a year chock full of crises. “There needs to be love there … We’ve got to get people to be in love with the product,” Saint John said.

In addition to her day-to-day duties at Uber, she takes seriously her responsibility as a visible black woman in the tech industry. “I’m really, really, really proud to be in the spotlight to represent [young black girls],” she said. “However, it is also terrifying, you know, because of the pressure of it.”

She said she knows the bar is higher for her as a black woman. “I refuse to be angry about that,” she said. “I don’t carry it as a burden because otherwise I can’t do the work, I would just be the angry black woman. And I’m not.”

Related: Backlash results after Uber teams up with Girls Who Code

Saint John shared a story about feeling upset that she couldn’t stick around on her daughter’s first day of 3rd grade like other parents because of work. But she overheard her daughter talking to her friends, “She was halfway bragging and boasting about what I do and the fact that I couldn’t be there,” said Saint John. “It resounded to me how important it is to be visible,” she said. “I want to be something that is worthy to be bragged about.”

She’s well aware that there are few visible women, let alone black women, in tech. “The numbers matter in this particular case, they really do. We just have to open the doors, there just needs to be more of us. That is the step one. I don’t want to talk about anything else until we get more,” she said.