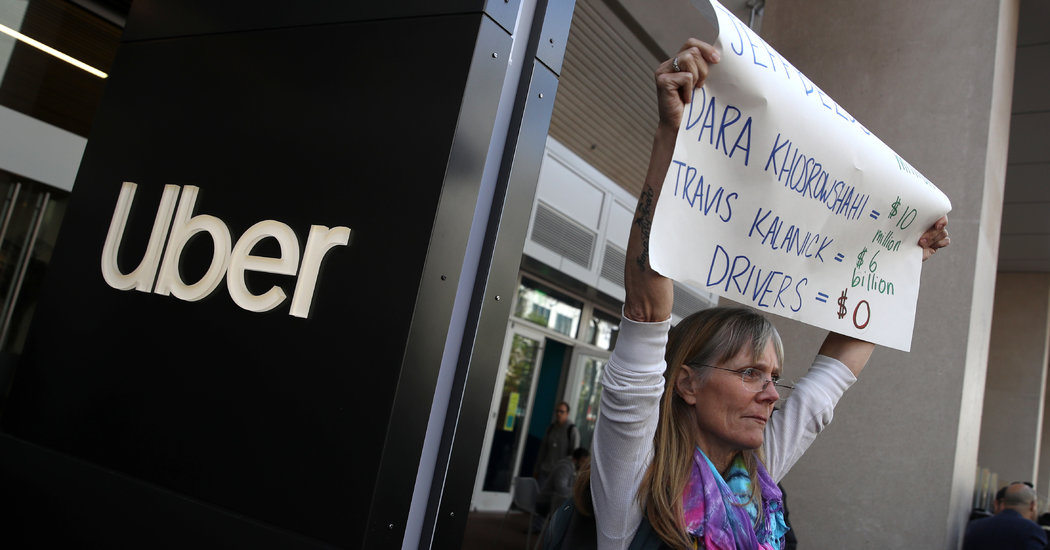 SAN FRANCISCO — Uber pushed back on Wednesday against a newly passed California bill that effectively requires companies to reclassify their contract workers as employees, in a sign of the emerging resistance that the measure is prompting across the gig economy.

Tony West, Uber’s chief legal officer, said in a news conference that the ride-hailing company would not treat its drivers, who are independent contractors, as employees under the California bill. He said that drivers were not a core part of Uber’s business and could maintain their independent status when the measure goes into effect as state law on Jan. 1.

Uber’s business, Mr. West said, is not providing rides but “serving as a technology platform for several different types of digital marketplaces.” He added that the company was “no stranger to legal battles.”

The move follows the California Legislature’s formal passage of the bill, called Assembly Bill 5, earlier on Wednesday. The measure requires companies to treat workers as employees and not contractors if they exert control over how workers perform their tasks or if their work is part of an employer’s regular business. California’s governor, Gavin Newsom, has endorsed the bill and is expected to sign it.

The bill has implications for app-based services such as Uber, Lyft and DoorDash, which have built themselves into large businesses with independent and inexpensive workers who do not receive the benefits or minimum pay guaranteed to employees. California has at least one million people who work as contractors and who may be affected by the measure. Apart from ride-hailing and food-delivery drivers, those include nail salon workers, janitors, construction workers and others.

Under the bill, companies must consider a three-prong test when classifying a worker. That includes weighing how much a company directs the worker’s tasks and how much of the work is part of the company’s main business.

“Just because the test is hard doesn’t mean that we will not be able to pass it,” Mr. West said.

Historically, if a worker deemed himself or herself to have been misclassified as a contractor, it was up to him or her to fight the misclassification in court. But the bill gives California cities leverage to enforce the law by suing companies that don’t comply.

Uber has been under pressure this year over its business. The company held a troubled initial public offering in May and has reported large losses and slowing revenue growth. Dara Khosrowshahi, Uber’s chief executive, has laid off hundreds of employees in recent months in an effort to cut costs, including on Tuesday.