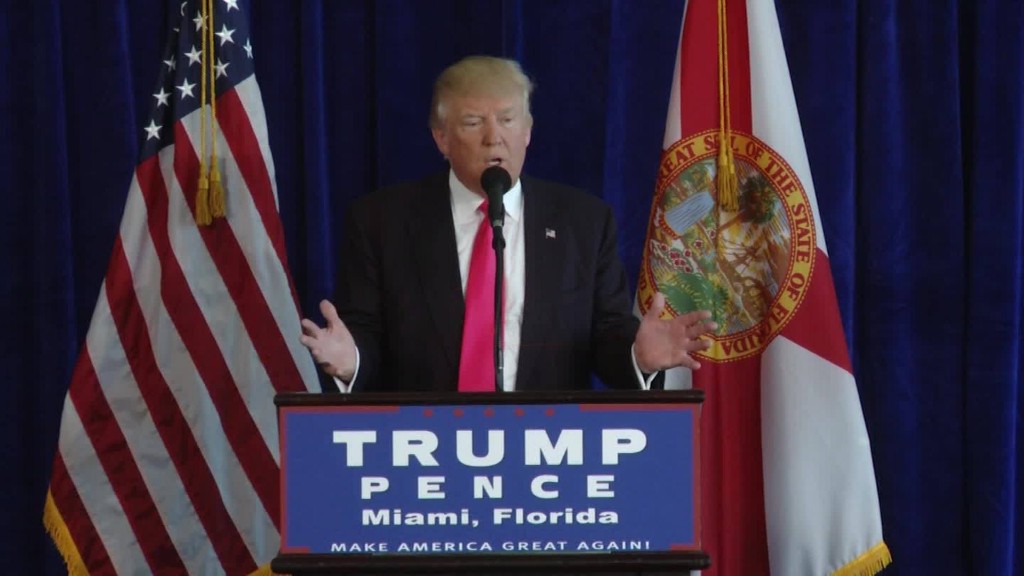 Surprisingly, though, trade ties between the world’s biggest economy and the largest country on the planet are largely inconsequential.

Even before the U.S. slapped sanctions on Russia for its involvement in the conflict in Ukraine, the two sides did relatively little business.

Still, some big American companies have a significant presence in Russia. Here are 5 things you should know about the state of the commercial relationship.

The flow of goods and services between the U.S. and Russia was worth just under $31 billion in 2015.

To put that in context, the U.S.-China trade relationship was worth more than 20 times that figure in the same year.

Just 0.5% of American exports go to Russia, making it a smaller market than Bermuda or Peru.

On the flip side, Russian goods and services make up just 0.7% of total U.S. imports.

Russians have invested nearly $4.6 billion in U.S.-based businesses, according to data from the U.S. Bureau of Economic Analysis. That may sound like a lot, but it’s only 0.1% of total foreign direct investment in the U.S.

Related: Russia gets investment from China while sanctions keep U.S. off limits

On the flip side, U.S. businesses have invested $9.2 billion in Russian companies.

3. Some big U.S. brands are in Russia

McDonald’s has opened hundreds of restaurants in Russia since 1990. It has dubbed the country a “high growth market” for the past two years.

Ford operates four manufacturing facilities in Russia through a joint venture with a local business. But only 0.6% of the company’s global car sales last year came from Russia.

Exxon has been in Russia for more than 20 years, and pumps about 10% of its oil from the country. It operates a large project in eastern Russia and is part of a consortium expanding a crude oil pipeline from Kazakhstan to Russia’s Black Sea coast.

But Exxon wants to do more: It asked the U.S. Treasury Department for permission to bypass Russian sanctions to resume a joint venture with Russian state oil giant Rosneft. That request was turned down in April.

Russia has accumulated $105 billion in U.S. government bonds, up 18% in four months, according to the latest U.S. Treasury Department figures.

Like many other nations, Russia buys foreign government bonds, and U.S. Treasuries in particular, to bolster its reserves of foreign currency — cash that can be used as a rainy day fund.

Russia has been rebuilding its reserves since early 2015, when they sank just below $67 billion. They had been as high as $171 billion back in 2012.

Moscow’s holdings of Treasuries have been growing, but they’re dwarfed by Japan and China’s holdings, which are more than 10 times bigger.

U.S. foreign reserves are mainly invested in German, French, Dutch and Japanese government securities, according to a report from the U.S. Federal Reserve. Russia was not mentioned.

Budweiser is also sponsoring the event. The American beer brand is owned by Anheuser-Busch InBev, based in Belgium.